The long awaited feature from Visual.ly has finally been released letting users create Infographics faster than you can say “hashtag”. Integrated with Twitter and Facebook the web app collects and presents data in a number of beautiful visual formats.

Visual.ly has long been the place to go to find user submitted Infographics, but this new tool now means anyone can put one together. This is particularly exciting for users without the time, knowledge or equipment to visualize their data beautifully and professionally. So what kind of Infographics can we create? 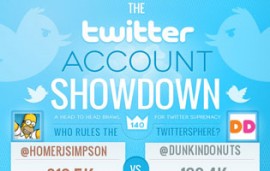 A popular standard of Infographic, the Twitter showdown battles two Twitter accounts head to head. Showing stats such as follower count, Tweet engagement and number of mentions per Tweet, it becomes very apparent how influential a particular Tweep really is. As simple as entering the two Twitter accounts, Visual.ly will collect all the data and put the graphic together. 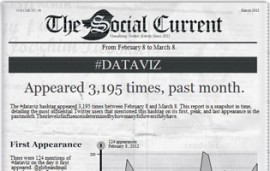 Life of a Hashtag

Great for using to summarize events, the “Life of a Hashtag” Infographic collects all data related to a specific hashtag. Reporting the number of times the hashtag was Tweeted, graphing popularity over time, top influencers and more, the graphic provides a very clear picture of what the tag is being used for. Once again, it is as simple as entering the hashtag you want to visualize and “bang” there it is. 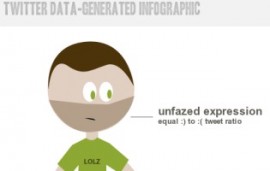 This one is really just for a bit of fun, but it does provide a bit of visual depth into your your own Twitter account and habits. Enter your Twitter username and then select some physical characteristics of your Twitterized self and Visual.ly will do the rest. The Infographic reports data such as number of Tweets per day, follower churn, chattiness and even mood. You will also notice you cartoon self changes based on certain Twitter behaviours. 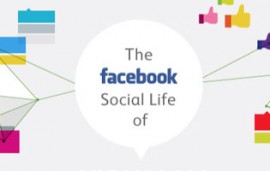 The Facebook Insider Infographic lets you visualize you Facebook fan-base. Taking in data from your Facebook account, the tool will present the gender, age and location of your fans. As well as this you can get a real feel for how content on your page is performing. Visualizing who is sharing your posts and how many people are exposed to your content tells a very interesting story about your Facebook page. 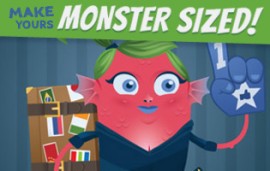 Another one for a bit of fun, the Facebook Monster creates a cartoon monster from your profile details. As well as a personalized creature, the tool generates small badges based on your Facebook information. Using data from your profile, status, how many likes you have and how many pics you’ve uploaded the graphical information is surprisingly detailed. Even reporting on your smile ratio in photos, the data is nearly as scary as the monsters.

This tool could be great for helping students understand data visualization, as well as creating posters and “decorative data”. Another great idea, is to integrate the infographics with class events or discussions. Have students Tweet a certain hashtag during your next school event, then present that data visually.

The best news is that Visual.ly are releasing more templates in the near future. So make sure to keep your eye out!

Have you used any other great tools to create infographics? Make sure to share any particularly interesting or impressive infographics in the comments.