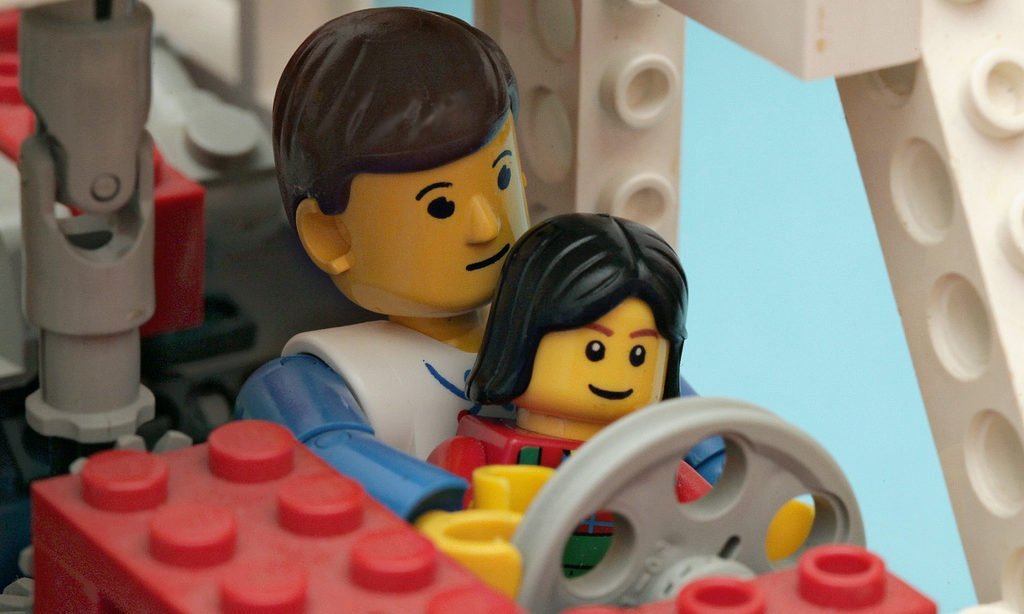 While research tells us that embracing fatherhood will dramatically impact a child’s life, the father’s role used to be limited to providing the income. The changing role of fatherhood enables men to express their emotions and share the parenting role with the mother. It has changed dramatically over the years. As a child in the fifties, my parents had two distinct roles. My mother was the nurturer and my father was the breadwinner. He went to work, fixed things, and was the disciplinarian. The norm was unfair to fathers. Now, it’s different. It is assumed that fathers will be involved in the parenting process.

As a Child, My Father Was Involved

As a preschooler, I felt a rush of excitement when I saw my father’s car turn down our driveway. It was a special time when I ran to him and was swung up in the air. I remember his laughter and his genuine interest in my day. He made me a swing that provided endless enjoyment. I can remember being pulled in my red wagon all around the farm. It seemed like hours. I can still see his face as he trekked along the rugged paths. He was my hero!

As our family grew, My father’s work time increased. I am sure that the stress of additional children compelled him to add work hours to his day. But, as those special times with him became rare I experienced the changing role of fatherhood, first hand. He moved from an interactive father to a detached one. My mother was the full-time nurturer. She communicated with the school, provided help with my homework and was the mediator. Our family did not even eat our evening meals together. It was simply too late in the evening. After my father retired around sixty years old, I attempted to rekindle my relationship with him. While we spent some happy times together, there was still a sadness about the loss of quality time that we had missed.

Over the last twenty-five years or so, fathers have become more involved in child-rearing. Studies seem to indicate that this is due to: (1) more moms working and (2) parents splitting household tasks more evenly.

Therefore, fathers are more involved in their children’s lives. I recently observed a young father with a toddler at a restaurant. He secured a high chair and proceeded to wipe it down of all germs; while somehow holding his child with the other hand. After he was satisfied that all germs were eradicated, he gently placed his young daughter in the chair. I commended him and he smiled and talked about trying to keep his child healthy. From my view and perusing research papers, I know that data shows that fathers are more involved in child-rearing duties. In fact, it has become the norm.

Online data helps to see the increase in father’s involvement with their children.

The modern mother is doing a better job helping the father to develop an attachment to the baby. She is including the father with prenatal activities like listening to the baby’s heartbeat and accompanying her on doctor’s visits, inviting him to the baby shower and more. In today’s homes, you may find multiple situations whereby a father or father substitute will be (1) preparing breakfast for his preschooler, (2) walking his grandchildren to the park each day for play and interaction or (3) helping with homework. These are all common practices in the lives of men with young children.

Children Do Better With Involved Fathers

According to the U.S. Department of Health and Human Services, children with involved, caring fathers have better educational outcomes. A number of studies suggest that fathers who are involved, nurturing, and playful with their infants have children with higher intelligence, as well as better linguistic and cognitive capacities. The Bible directly speaks about the importance of fathers: “As a father shows compassion to his children, so the Lord shows compassion to those who fear him.” Psalm 103:13.

There is research from many sources that back up the need for fathers to have an active role with their children. Two of those sources are The School of Medicine at the University of Maryland and the University of Oxford in England. Their research revealed that involved fathers help children tremendously. A father that displays affection is supportive and involved in their child’s life will contribute to the child’s cognitive, language, and social development. A good relationship will increase academic achievement, a strong sense of well-being and good self-esteem which are all important elements to becoming a self-confident adult. Some suggestions are (1) read to your child, (2) take them on outings, (3) display an interest in their education, and (4) take an equal role in parenting.

According to a recent article that was written by Dr. Gail Gross and printed in the Huffington Post, “Your child’s primary relationship with his/her father can affect all of your child’s relationships from birth to death, including those with friends, lovers, and spouses. Those early patterns of interaction with their father are the very patterns that will be projected forward into all relationships…forever more: not only your child’s intrinsic idea of who he/she is as he/she relates to others but also, the range of what your child considers acceptable and loving.” See the article for the full content.

Some years ago, I wrote an article that was printed in the Gaston Gazette about fathers. I asked some children to tell me what was special to them about their father and here are a few of the comments.

The changing role of fatherhood is a way for children to receive double the support. It is far better to co-parent and have the opportunity to build a lifetime of memories with your child. Happy Father’s Day!

Wanda Wyont has worked in the field of education over twenty five years in many diverse backgrounds. Her teaching experiences range from preschool to college age. She holds an MA in Birth-Kindergarten and has presented multiple workshops at national venues. She has written and published numerous articles and papers on children's issues. Recently, Wanda published her second children's book, Barkley's Great Escape.