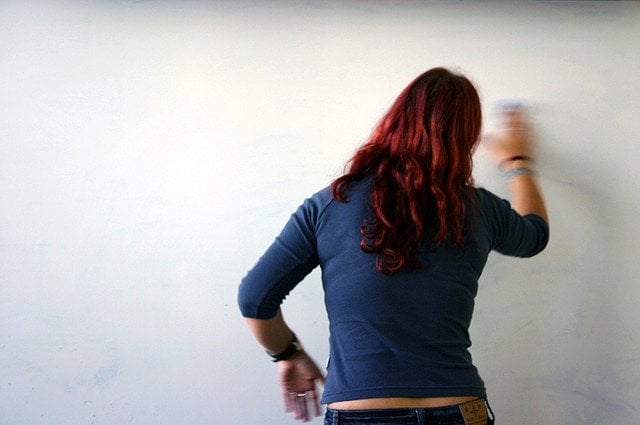 In what many consider the flipped classroom bible, Flip Your Classroom: Reach Every Student in Every Class Every Day, authors Jonathan Bergmann and Aaron Sams, give many examples of using recorded lessons like Khan Academy. Today’s article is a comparative review of three handy whiteboard apps to teach your students, flip your classroom and deliver material to people around the world. 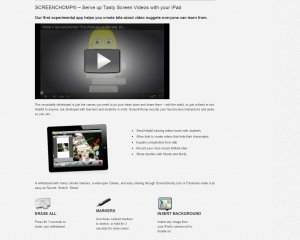 ScreenChomp, a product from TechSmith Labs is a free whiteboard application designed for short tutorials on your iPad. You can write instructions on the iPad screen (needs little time to get used to with a special pen for iPad which comes at an extra cost of roughly $5), draw graphs and guide your students through the tutorial by recording your voice.

Once you finished recording you can publish your tutorial on ScreenChomp’s platform on the Internet, but you also have the possibility to download to download your file as an MPEG-4 which allows you to share where and with whom you want. ScreenChomp is quite intuitive, the functions/options are easy to learn for both teacher and students.

The weak point, at least when I tried out the app, was the audio quality that couldn’t quite live up to the overall good experience using the app. TechSmith may have worked on the audio quality since, so it’s not a no-go just because of the audio.

ScreenChomp is available for free on the iTunes AppStore. 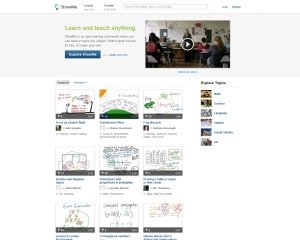 The second app is called ShowMe and is also created to create short whiteboard-style lessons on your iPad. I personally created some language lessons, though I see it’s also very popular for Math within the ShowMe community.

The features are pretty much the same as in the ScreenChomp app, one can choose from different colors and also select whether you prefer a very fine line or a bit thicker. ShowMe has much improved the writing experience since I first used the app. That said, I would still recommend to buy a special pen as the experience is much better when you want to actually write some sentences, using your fingers might be acceptable for some simple drawings though.

What I like about ShowMe is their active community. You have, of course, the option to keep your lessons private, but if you decide to make them public ShowMe basically allows you to open your classroom to the world.

A little drawback, to my mind at least, is that your ShowMe are limited to one slide/page only. I understand that the app is designed for quick tutorials, but one sometimes wants/needs to have the option to create a two or three-slide ShowMe. Though you can trick the app to make your screencasts longer, I don’t recommend to do so as it affects the stability a great deal.

ShowMe is available for free on the iTunes AppStore. 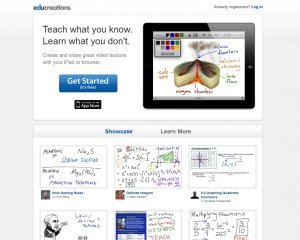 The third and final app for today is Educreations and probably the one which I have used the most personally, lately. Just like the two other apps described above, Educreations turns your iPad into a recordable whiteboard. It’s similar in its features with ScreenChomp and ShowMe, though I appreciate that I can record longer lessons (10 min) on multiple slides.

Educreations also gives you the option to make your lessons private, limit the access to your class only or make them open to everyone in the community. As an extra you can also create tutorials via a web interface. Of course this is kind of hard when you use a mouse to draw but if you have access to a graphic tablet you have yet another option to create your tutorial.

Educreations is (you guessed it) available for free on the iTunes AppStore.

How to use the apps in class?

If your school has bought iPads for the classroom, all three applications mentioned could be a great addition in terms of being an interactive element, and your students could demonstrate their understanding of a certain concept by drawing on the iPad and recording “their” version to share it with you and their peers.

Another great use of short tutorials made with the apps is of course the flipped classroom. Share a short lesson with your class and let the students work at home on the problem. All apps offer an easy sharing and managed access to the recordings via the Internet.

Which one to use?

A recommendation for one of the three is rather hard as they are so similar and they’re all free. I would say you show play around with all three, make a comparison and decide what works best for you and your students.