The popularity of smartphones has turned tons of kids into amateur photographers and videographers. Why not encourage this creative passion with the latest technology? With a 360 camera, your junior shutterbug can take panoramic pics and vids, which you can really explore on conventional screens and virtual reality headsets like the Oculus Rift or Samsung Gear VR.

Photography and videography are amazing hobbies, jam-packed with benefits for kids. Getting the right shot requires forward planning, concentration, and patience. There are technical benefits too, as kids master their cameras and get creative with post-production software. What’s more, cool tech like this can encourage your kids to get active outside.

Choosing the right 360 camera can be tough, so we’ve done the hard work for you. Check out our list of the best 360-degree cameras for kids! 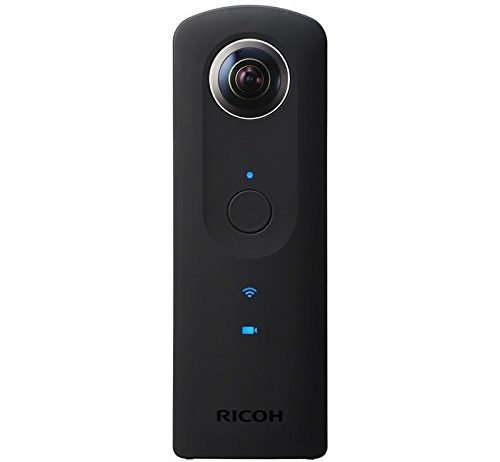 Add a new dimension to your photos and videos with the Ricoh Theta S 360-Degree Digital Camera! Easy to use, this 360 camera is our choice as the best option for junior photo/video enthusiasts. You can shoot up to 8GB of 3K panoramic photos or 25 minutes of videos using the simple device controls—or download the iOS or Android app for full remote recording. Wirelessly transfer your pics and vids straight onto your phone and then easily post them directly to YouTube or Facebook. Play with the numerous options to get the right shot—or become a broadcaster by instantly live-streaming. With dual 14MP cameras, the Ricoh Theta S is a cool camera for the 21st century. Want to see the world around you in a new way? Go Ricoh! 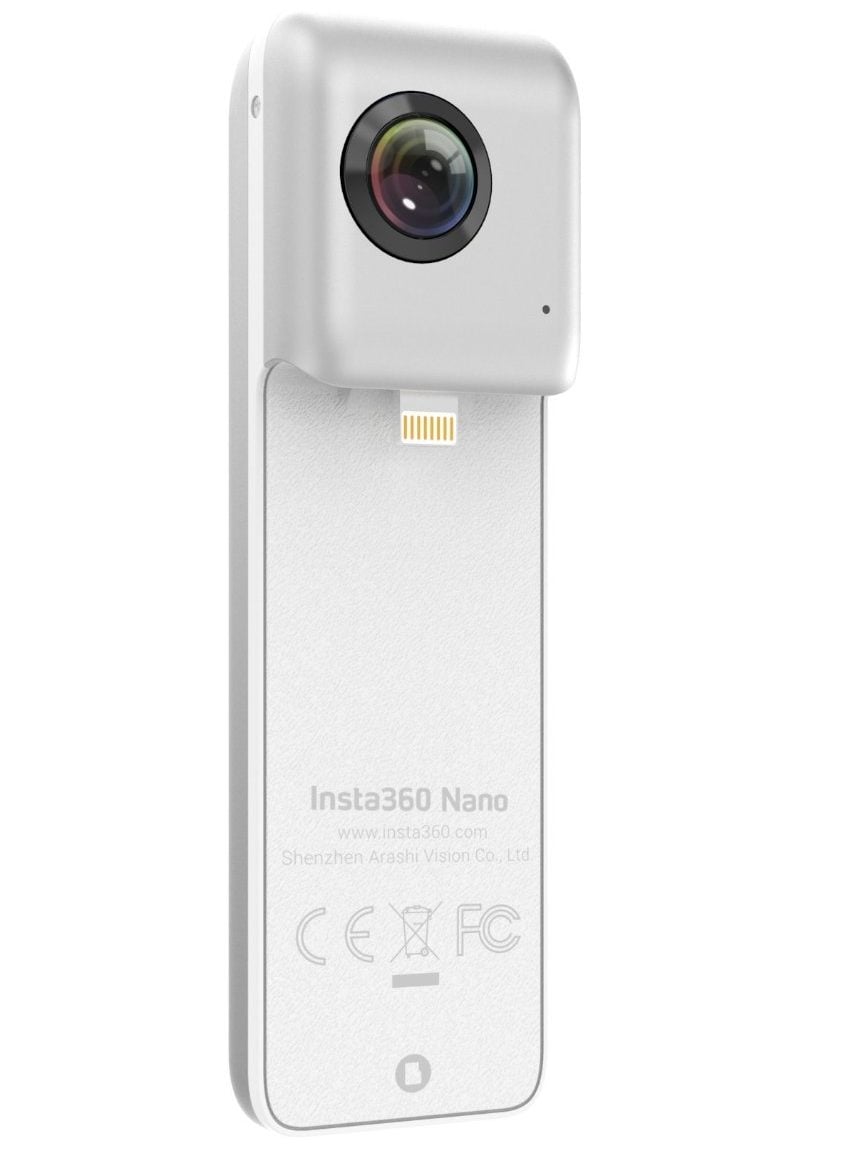 Get some Insta-Joy with this Insta-Toy! Designed to be the world’s smallest spherical camera, the Insta360 Nano is a surprisingly powerful gadget at an entry level price. It physically connects to an iPhone, making recording easy. With dual 210-degree fish-eye lenses, the Insta360 Nano delivers 3K photo and video quality. The MicroSD slot allows up to 64GB of storage, and its iOS app makes social media sharing and live streaming as easy as pie. It’s important to note that this 360 camera only works with iPhones (iPhone 6 and above). In short, ideal for iPhone users, this awesome little snapper packs one heck of a punch! 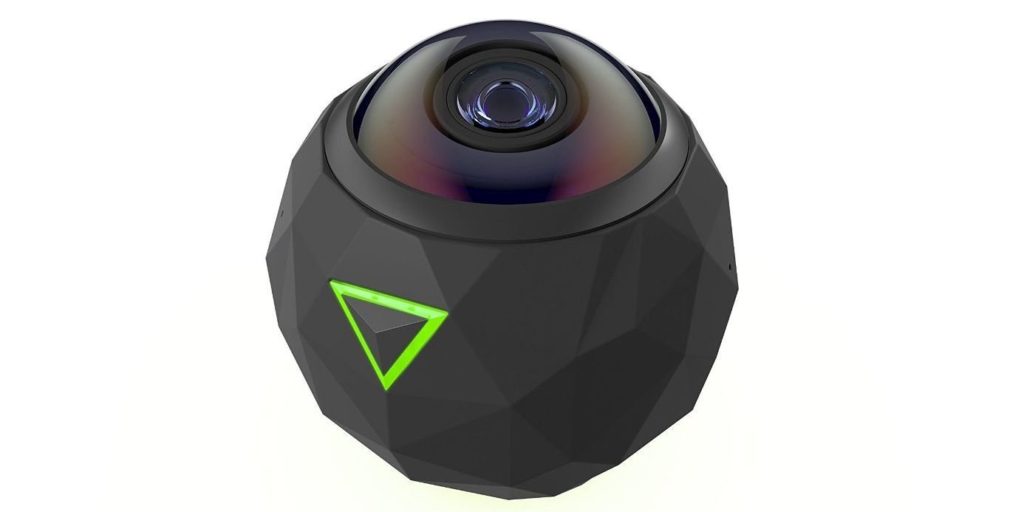 Why be a fly on the wall when you can be a fly on the move? The 360fly 4K is a hugely powerful camera that fits in the palm of your hand. Featuring one single 360-degree lens, it snaps beautiful 360-degree photos and records up to 1.5 hours of 4K videos. With 64GB of internal memory, you can take tons of pics. Its accompanying app is intuitive, making it easy to shoot, edit and upload in minutes. What’s more, you can switch from 360 camera to POV camera at the touch of a button. It’s also waterproof to 10 meters, meaning you can get great underwater shots in the pool. You can’t help but be impressed by this fly little camera!

The LG G5 360 Camera is another tremendous option at an entry-level price. Sporting two 13MP 200-degree cameras, it is capable of taking 2K 360-degree photos and videos. It’s easy to use (click for a photo, hold for a video), and its accompanying app makes uploading photos and videos to social media a walk in the park. The G5 360 comes with 4GB of memory and this can be boosted enormously with a MicroSD card. As the LG slogan says, “Life’s Good”—but it’s even better with this superb 360 camera!

Get in gear with the Samsung Gear 360! Featuring two 15MP cameras, this fantastic gadget can take stunning 180- or 360-degree 4K photos and videos. Using a Samsung Galaxy phone, it’s easy to edit and upload your shots directly to your social media page. You can also easily explore your pics and videos on a Samsung Gear VR headset. However, the Samsung Gear 360’s accompanying app currently only works on the latest Samsung Galaxy smartphones. Rumor has it that an iOS version is coming soon, but for now, this stellar little gizmo is for Galaxy owners only. 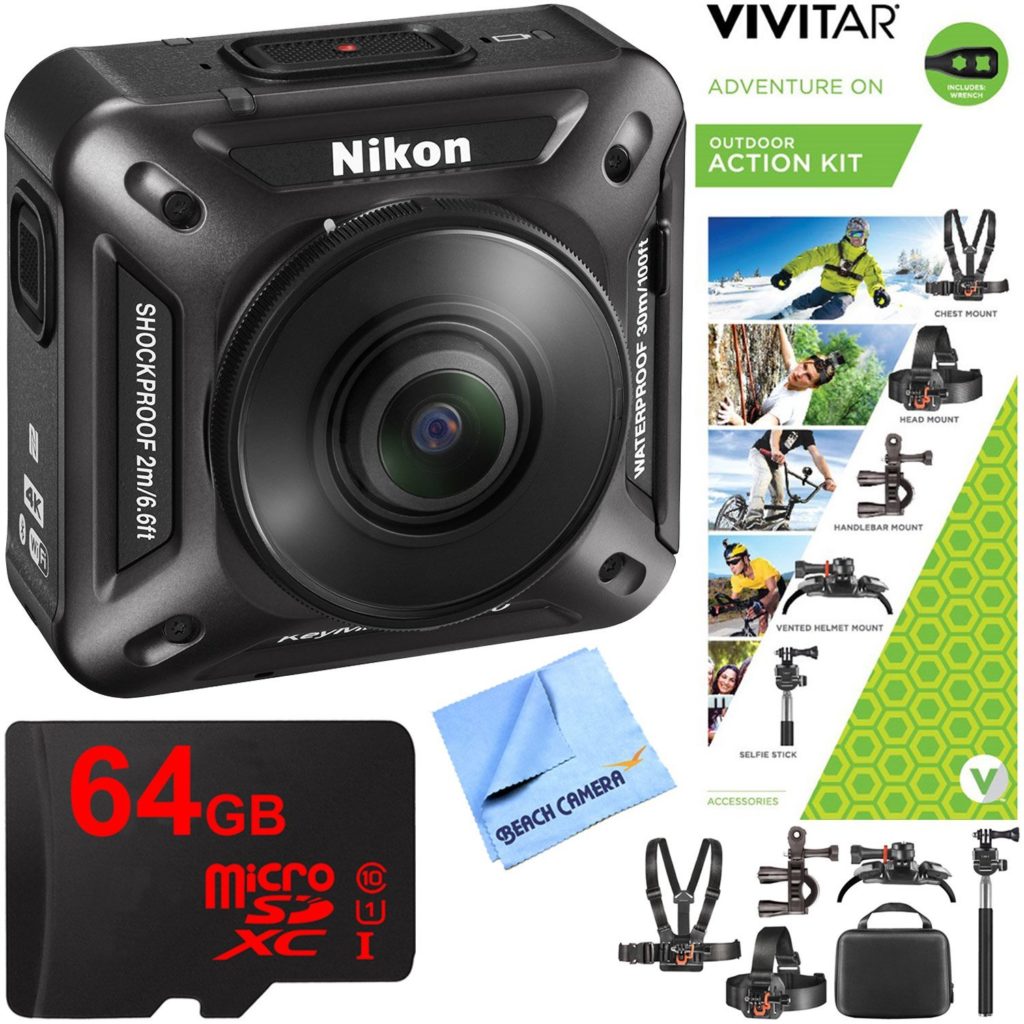 Get the full picture with the Nikon Key Mission 360 4K Camera Bundle. Waterproof to 30 meters and shock-proof to 2 meters, this 360 camera is ideal for all-action recording. If your kids are into skating or kayaking, this is the one for them. This superb bundle includes: a dual-lens 4K 360-degree camera, a 64GB MicroSD card, a selfie stick, a chest mount, a head mount, a helmet mount, a handlebar mount and a handy carry case. With top-quality lenses and software that makes it easy to download, edit, and share, the Nikon Key Mission is an excellent 360 camera option. Next time you hit the road, don’t forget your Key! 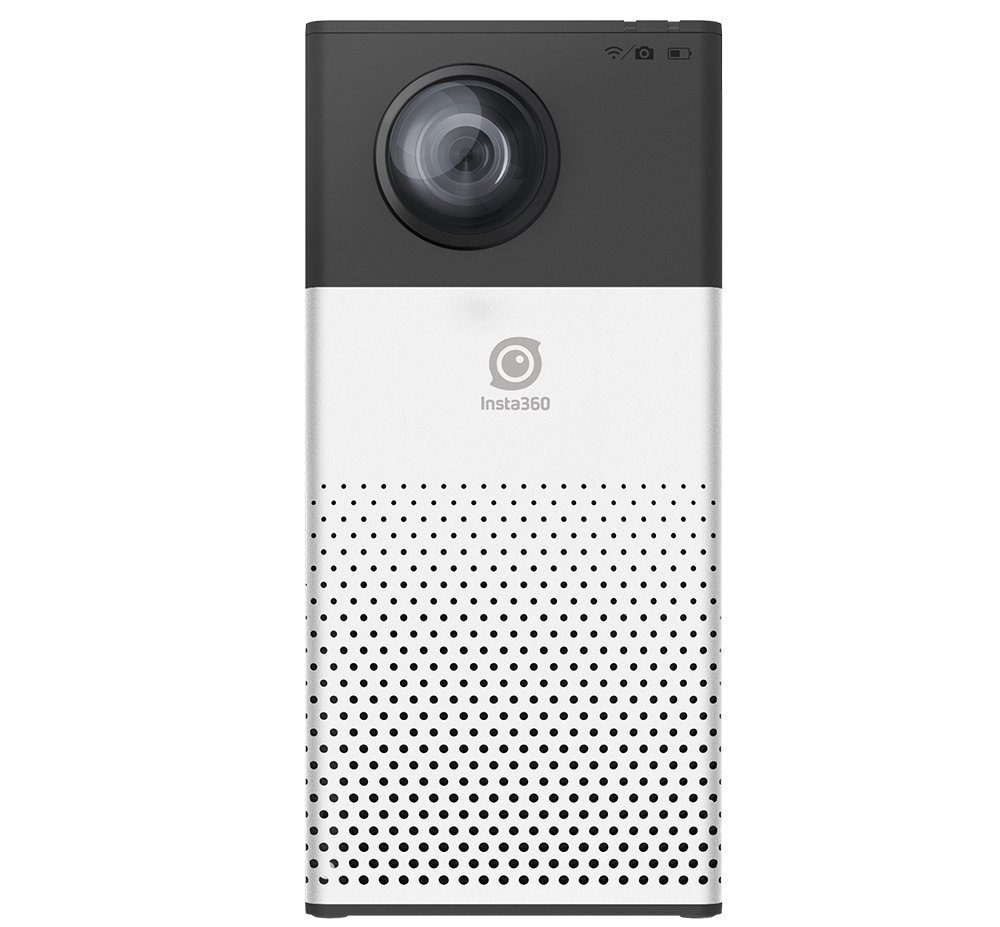 As the name suggests, the Insta 360 4K snaps 360-degree 4K photos and videos using its dual 230-degree fish-eye lenses. It comes with a 32GB MicroSD card, and it has a clear and intuitive OLED display and interface on its aluminum case. You can also download its iOS or Android apps to get full remote control when recording. Or, if you have a VR headset, you can link it for a fully immersive live-streaming experience. All things considered, this phenomenal piece of kit is sure to be an instant hit!

Have you ever used any of these 360-degree cameras? Or do you own a 360 camera that didn’t make our list? Let us know all about your experience in the comments section below!

Dara Sheahan is an experienced writer and language teacher from Dublin who has taught in colleges and universities in Ireland and South Korea. Now a freelance educator and blogger he has a passion for all things related to education, tech and ESL.