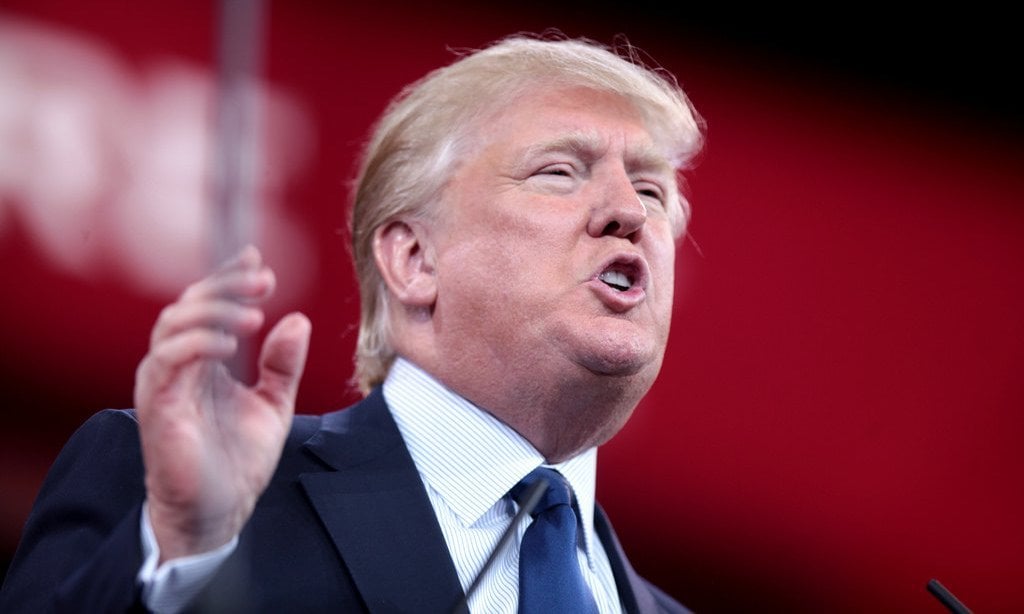 Yup. I was sort of waiting for that one.

It was last spring, and Donald Trump had just flippantly mentioned that most Mexicans were rapists and drug dealers.

As a teacher in Southern California, where almost eighty percent of my classes are Latino, we weren’t going to get through the day without a little blow black. It was trending. I remember looking at the video clip in question a few times myself that morning. We have become the land of hyperbole. Context and nuance don’t have much place in our social exchanges these days. Surely, someone somewhere with an agenda was just out to stir trouble. Nope. It was just as it had been reported. No understated context. No tricks of language. About as direct as it gets. Bold and brazen, as if it was common knowledge about Latinos. No need for apologies when you assume you speak the truth.

“We all sell drugs because we’re brown!”

Look, they are twelve and thirteen. They are permanent victims, prowling around looking for a cause. They are all out to prove that the world is unjust and unfair. The deck is completely stacked against middle school kids, to hear them tell it: Someone stole their pencil, someone looked at them wrong, someone on that other side of the room is definitely talking about them. So, when something authentic like this comes along, my pubescent victims rise to answer the call.

“Well, you’re white. You going to vote for Trump?”

“No sir. I got Mexican kids and a Mexican wife. I can’t vote for Trump either.” There is a little shock in the room. I apparently uphold many white stereotypes for these guys.

“Real Mexican or white-washed?” He doesn’t ask it for attention. He genuinely wants to know.

“Dude,” I say, “I’m all in. Tattoos running across her back, crazy curly hair, Spanish speaker. Half the radio stations in our car are tuned to Spanish speaking stations.” They look at each other. This can’t be.

“Homie Bowen,” he nods, he smiles, we all laugh.

“Remember boys and girls, character counts,” another boy says, using his best fake voice of maturity. We laugh some more.

Character Counts is a program our district has used for quite some time now. It’s a character education program and you can find it at every school. There are character quotes of the week. Students are rewarded as much for displaying good character as they are for academic achievement. The fact that he immediately referenced it in that moment speaks to the program’s success. Fights on campus? Rare. Bullying? Almost as rare. Drugs? It’s been years since we had drugs on our campus. Typically, our worst offenses are late homework and occasional apathy. Keep in mind that over eighty percent of our students are on free and reduced lunch. Do you know why life is so good on our little campus? Character counts. It really does. Recently, I was in the hall when it was empty and I bent down to pick up some trash that hadn’t made it to the can. A kid walking down the hall said, “Mr. Bowen, character is about what you do when no one is looking.” Sure, he was poking fun at the program, as do I quite often, but we can share the joke because we know it’s true. Character does count here. Surely, showing such little character had doomed Trump’s campaign. I was sure that was the end of it.

Yup. Saw this one coming, too.

Somehow this one felt even crueler than the one about drug dealers and rapists. In the last twenty-four hours, we had all watched Mr. Trump flail his arms and adjust his voice to impersonate a reporter with special needs. I was horrified. See, alongside my Latino majority, my campus also has several special needs classrooms. Integrating these students into our everyday dealings makes us all better people. It is certainly one more version of diversity being good for everyone.

“That was so cold, Mr. Bowen. My cousin has special needs. That ain’t right.”

“Character counts,” someone says, but none of us were laughing this time. I was sure that this was the end for Mr. Trump. Surely, this must be a deal breaker.

Surely, this must be a deal breaker.

Surely, this must be a deal breaker.

At some point, character counts. It has to, right?

“Mr. Bowen, if you don’t see me and Amir in February, you’ll know what happened.” I guess I was still in shock to see that one coming.

“Why, what’s happening in February?”

It’s pretty somber in the room.

It’s pretty somber in the hallways, too. I won’t lie, it felt very strange to hear the character quote of the week read during morning announcements. “Treat people the way you want to be treated. Talk to people the way you want to be talked to. Respect is earned, not given.” It’s credited to sixteenth century poet, Hussein Nishah. It felt like a lie that day. It felt as if we had been setting the kids up for failure. Character doesn’t seem to count at the moment.

I don’t know. Maybe character is a luxury item. Rust Belt Voters from decimated neighborhoods with evaporating jobs and waves of heroin rushing in to fill the space seemed to think so. Character comes second to survival. Maybe trade deals can be renegotiated. Maybe some of those jobs can come back. Maybe fewer companies will leave the country. Maybe, some small standard of living can be reclaimed, but will President Trump have enough character to care?

A character quote from earlier in the year suggests that we can judge someone’s character by how they treat those that can do absolutely nothing for them. We shall see. At some point, character counts. It has to. At the very least, it should count a little more than this.

Got anything to add to Chris’ experience? Let us know your thoughts and reactions below.