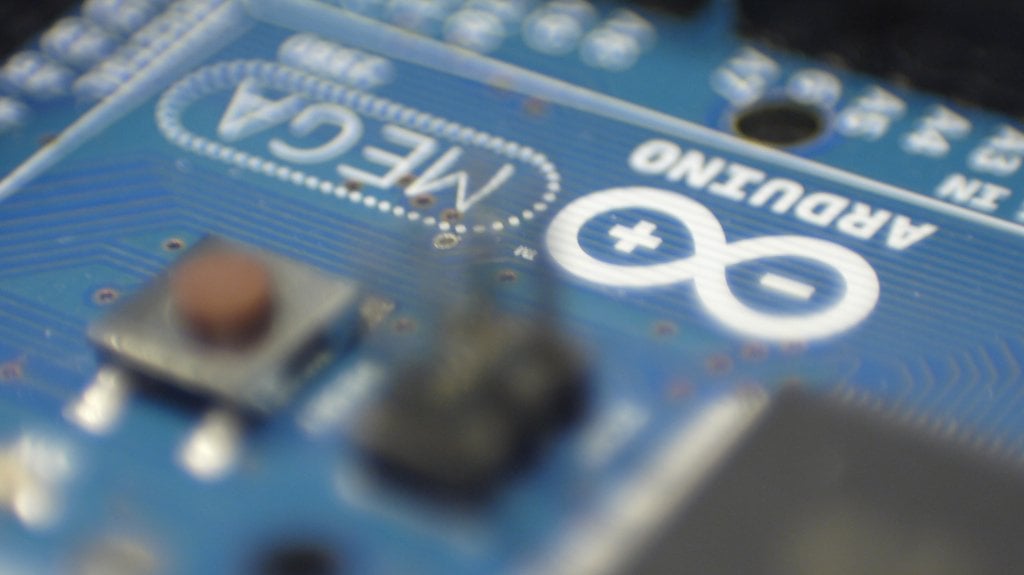 Are you looking for a fun, hands-on activity to teach basic programming and maker skills at home or in the classroom? Arduino, and specifically, Arduino UNO are an excellent tool to teach and apply basic electronics and robotics skills.

What is Arduino UNO?

Simply put, Arduino itself is “an open-source prototyping platform based on easy-to-use hardware and software“. The word “Arduino” encompasses both the hardware and software. Arduino boards, process inputs and then use programmed code to produce an output. Basically, hobbyists use an Arduino board, a range of other hardware components, and open-source code available on the web for a large range of projects ranging from extremely simple to highly complex. Programmers build robots, remote controlled vehicles, household automation devices, and even make music. Arduino has gained popularity because of its simplicity and affordability. It’s relatively easy for a beginner, including a child, to start programming with the Arduino platform. Anyone can start building and programming exciting projects in no time.

Arduino UNO is a type of Arduino board. The Arduino board is a programmable circuit board or “microcontroller”. It collects the information from various sensors and processes it using open source code uploaded from your computer. This is one of the main benefits of the entire Arduino platform. Before Arduino, most programmable circuit boards required a separate piece of hardware called a programmer to input code. On the other hand, Arduino uses a regular PC, and the board connects easily via USB. The programming software is available to Mac, PC, and Linux users, broadening its reach and simplicity even further. The Arduino UNO board is an excellent first choice for young programmers. It contains all of the components and power necessary for beginning to intermediate projects. Relatively simple, it doesn’t contain a bunch of extras that are unnecessary and could easily confuse younger users.

Getting Started With Arduino

You can use Arduino for lots of fun projects, from building robots and remote controlled vehicles. Arduino is also popular for simple household automation, but kids tend to enjoy the robotics projects the most. Over time, children can use Arduino’s simple programming language to write their own code. But, in the beginning, there are lots of examples of written code, and they are all free and open-source. Users can then take this code and modify it for their own purpose, learning to write their own code along the way.

Getting started with hardware is necessary, but does not have to be terribly expensive. Another benefit of the Arduino platform is its affordability. One of the best and simplest ways to start building Arduino projects is with one of the excellent kits that are available. 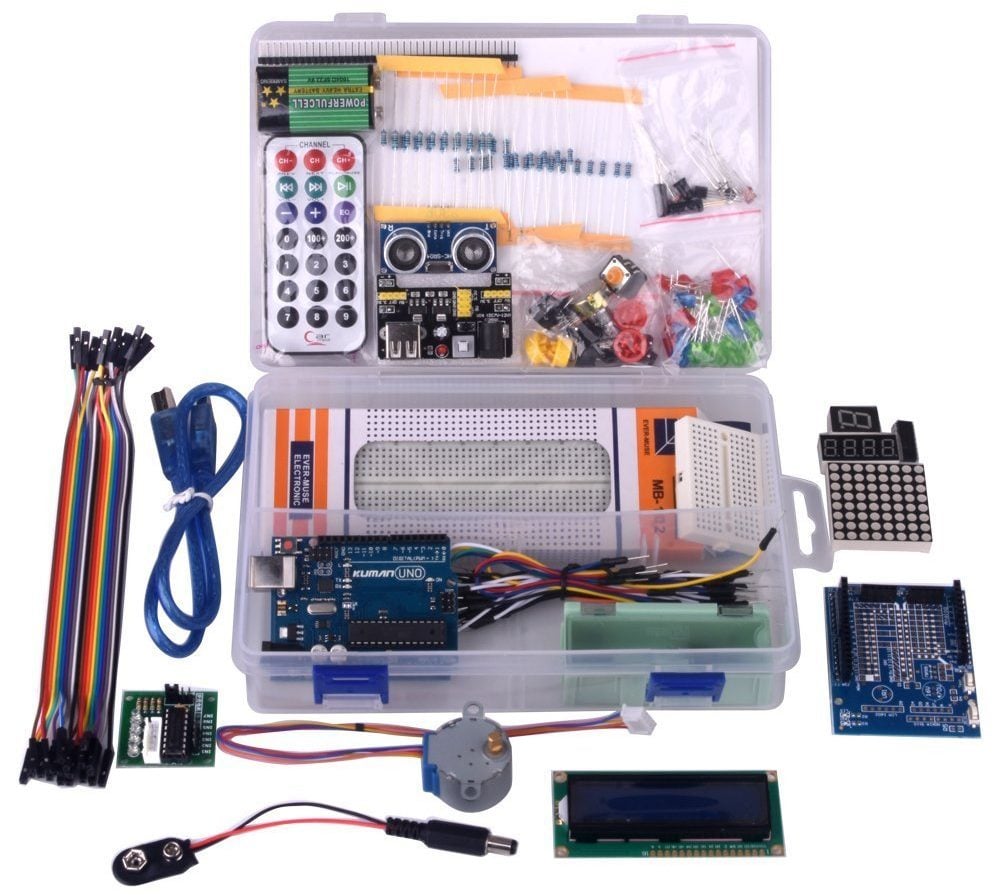 The Kuman Project Complete Starter Kit for Arduino UNO contains everything needed to start using Arduino immediately. It contains the UNO R3 board, Breadboard 1602 LCD display, and HC-SR04 Ultrasonic – the necessary basic components. It also includes a ton of the most useful electronics accessories for building various projects. Send a quick email to the company, and they will provide detailed tutorials with project instructions and source code. 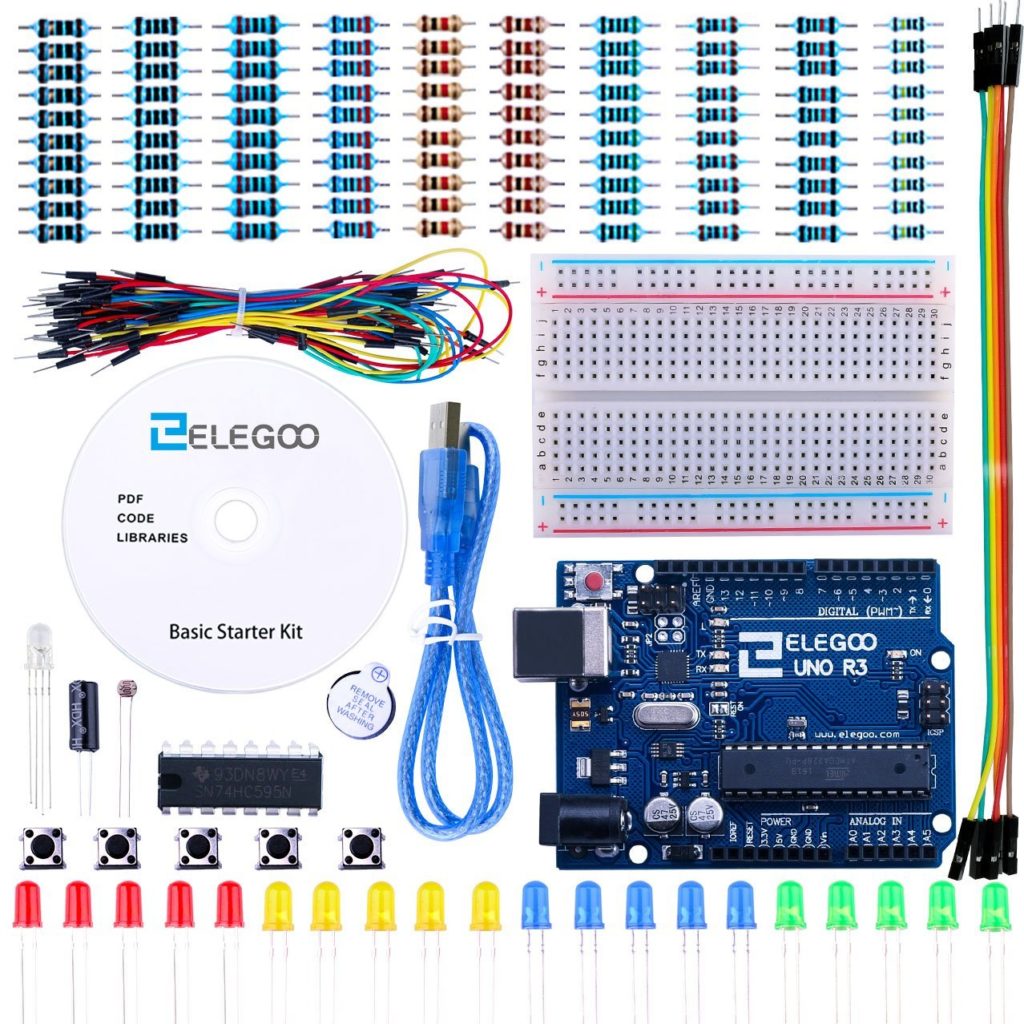 The Elegoo Arduino UNO Project Basic Starter Kit with Tutorial includes the newest UNO R3 development board, USB cable, and all the basic components to start building Arduino projects. This is an inexpensive and very basic kit that is perfect for beginners. When you need more components it’s easy to add them individually. The kit includes a PDF tutorial, project introductions, and code – start building right away! 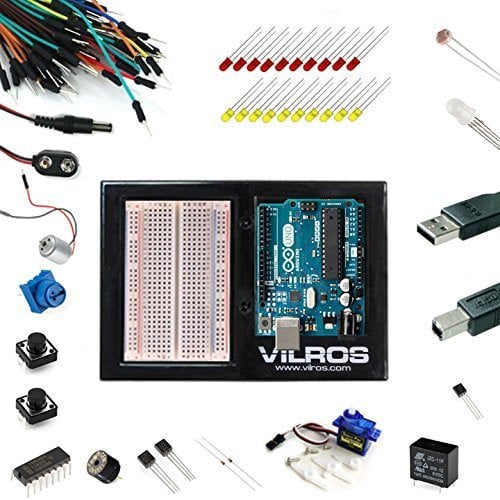 The Arduino Uno Ultimate Starter Kit has everything you need to build and program a large amount of Arduino projects. The kit includes the Arduino UNO Rev3 Board and more than 190 electronic parts and components. The full-color, 72-page instruction manual is an excellent introduction to Arduino and has instructions for each component in the kit, bread board basics, and electrical circuits basics. 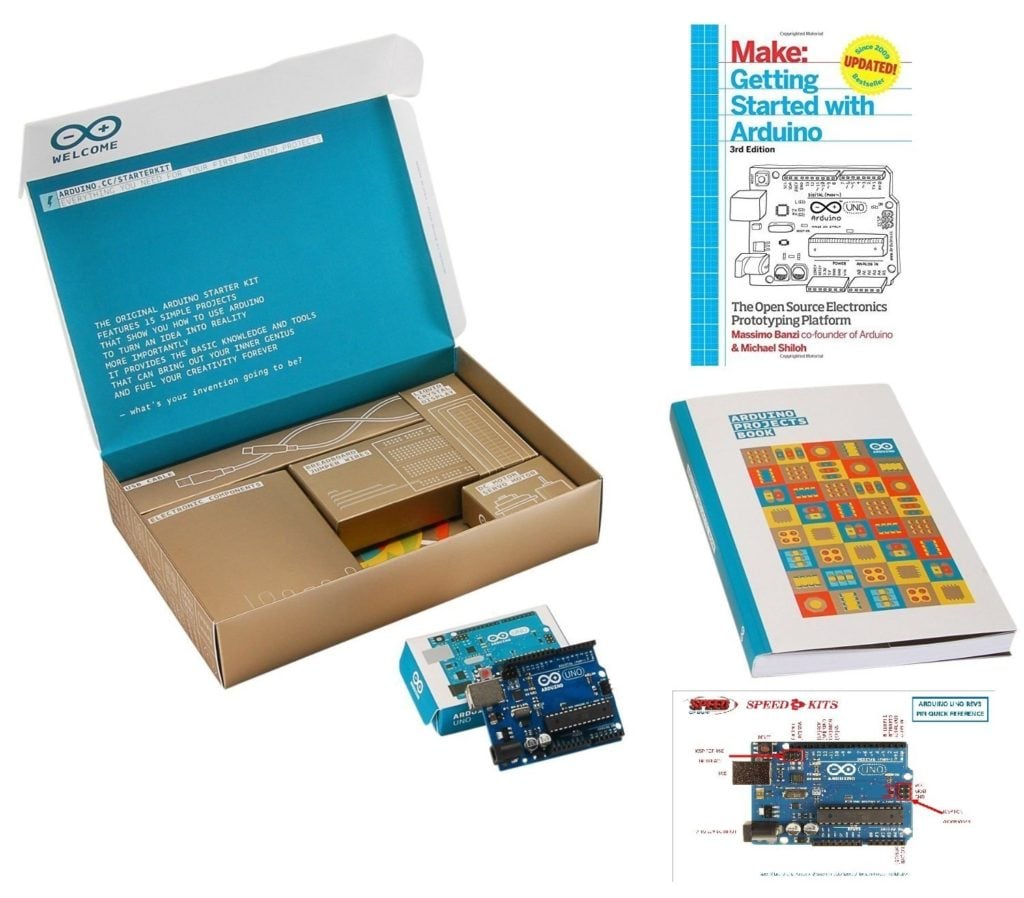 The Official Arduino Starter Kit Deluxe Bundle comes directly from the Arduino company. This mean that in addition to the Arduino UNO R3, the kit includes an extensive amount of information about the Arduino platform, as well as instructions and components for building 15 projects.

An excellent place to start learning more about Arduino is the Arduino Website itself. There, you can learn about the platform, download and install the necessary software, and access free Arduino project instructions and code from the programming community. Makezine and Popular Mechanics also have some really cool Arduino projects designed for beginners and kids. Finally, a Google search will turn up hundreds of project ideas, instructions, and code.

In addition, there are some pretty great kits available that use your Arduino UNO to control awesome robots and much more.

The Elegoo UNO Project Smart Robot Car Kit has everything needed to build a super cool robot car, including an Arduino UNO R3. All of the necessary hardware and electronic components for building the robot are included. An instructional CD provides instructions and an app that allows users to control the robot via Bluetooth on a smartphone. 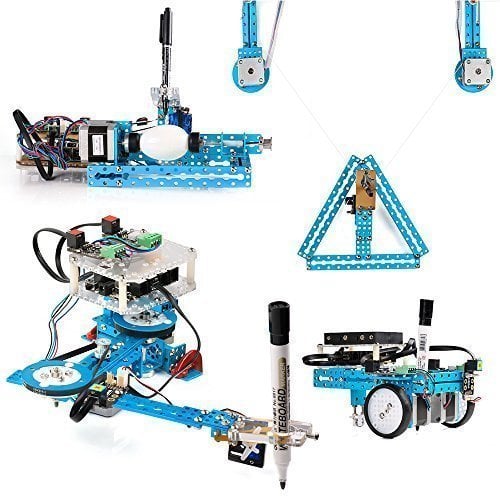 Combine your Arduino UNO with the Makeblock 4in1 mDrawBot Educational Arduino Robot Kit and build one of four cool robots in under an hour. Robot configurations include mScara, mSpider, mEggBot, and mCar. The kit includes specially designed software for controlling these particular robots and a controller that is Arduino UNO compatible. Robots are built using an anodized aluminum frame and detailed instructions are included in the kit. Arduino UNO is not included, but can be purchased separately here.

We’d love to hear from you! Share your Arduino tips, tricks, and questions in the comments below!