Your toddler is turning age 3 and does not speak, communicate, or play. Instead, he runs back and forth flapping his hands. He picks up objects and flaps them in front his eyes. He has no eye contact, does not notice other people in the room, and seems tuned out to the world. He takes the saliva out of his mouth and swishes it around on a table. He will do this all day, every day, and on every surface of your house. The play behavior that you see in other children does not appear in your child. You try to get your child’s attention, but he kicks, hits, cries, screams or bites you. He has no self-care skills. He is not attempting to dress himself, brush his teeth, eat with utensils, or wash his hands. He is not potty trained. He gets sick, but he will not take the medicine. The pediatric dentist tells you that he cannot provide dental care to him because he does cooperate. He breaks his foot, and finding an orthopedic surgeon who will treat him is next to impossible. You are lucky that you noticed that he broke his foot, because he has no communication skills, and cannot tell you that his foot hurts. No babysitter will watch your child because he is too hard to handle. You cannot work outside the home because no childcare will take him.

Neurodiversity is an approach to learning and disability that argues that diverse neurological conditions are result of normal variations in the human genome. This is a growing “civil rights” movement that is gaining traction in political circles, and includes many autism self-advocates.

The neurodiversity movement promotes self-advocacy among its members. They promote acceptance of conditions like autism rather than intervention geared towards changing behavior towards more acceptable social norms. They want society to accommodate the individual’s differences rather than changing the autistic individual’s behavior.

Should we accept and accommodate children who cannot communicate or dress themselves and hit and bite their parents and teachers? Is it bad to try to turn them into communicative, nonviolent adults who can dress themselves?

The individuals who are vocal in this movement appear to be clever and well-spoken individuals. I doubt that they have issues with self-care skills. They may have been individuals who had some autistic traits as young children, but progressed to normal or near normal functioning as they aged. They are different from the individuals who have the severe life-long challenges associated with autism. Some of them may still have autistic-like odd behaviors or quirks. They undoubtedly do not want to change. They want acceptance for who they are. They want to advocate for themselves rather than have parents or professionals advocate for them. I agree. They deserve all of that.

However, are these individuals qualified to advocate for those suffering from the severe symptoms of autism described in my first paragraph? How much do they really know about a condition that has a trajectory so different from their own situation?

The American Academy of Pediatrics (AAP) recommends intensive comprehensive highly structured programs for young children with autism. They recommend active engagement of the child for at least 25 hours per week, 12 months a year in developmentally appropriate educational activities, a low student-to-teacher ratio, and inclusion of a family component. For older children and adolescents they recommend educational strategies to increase and maintain desirable adaptive behaviors. This includes reducing maladaptive behaviors, teaching new skills, and generalizing desirable behaviors to new environments or situations. They recommend focusing on achieving social communication competence, emotional and behavioral regulation, and functional adaptive skills. They clearly advocate for intervention rather than acceptance.

Who Are the Best Advocates for Those with Severe Autism? 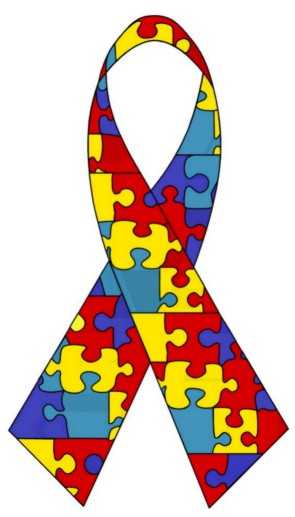 Self-advocacy is an important tool that deserves recognition and acceptance. In a previous post, I wrote about nonverbal children selecting their own communication system based on their own preferences. However, there are times when individuals with severe autism are unable to advocate for themselves. Because of deficits associated with the condition, they certainly cannot advocate for themselves in a political arena. Who is the most qualified person to act as their voice? I believe that the people who know the individual the best, the people who accompany them on their long hard journey are the most uniquely positioned to serve in that role. In addition, knowledge and science-based organizations such as the American Academy of Pediatrics can play a role.

I also like the idea of self-advocacy, but I feel that it should be the act of advocating for oneself, rather than advocating for those whose situation is very different from yours.

Devita-Raeburn, E., Is the Most Common Therapy for Autism Cruel?, The Atlantic, August 11. 2016