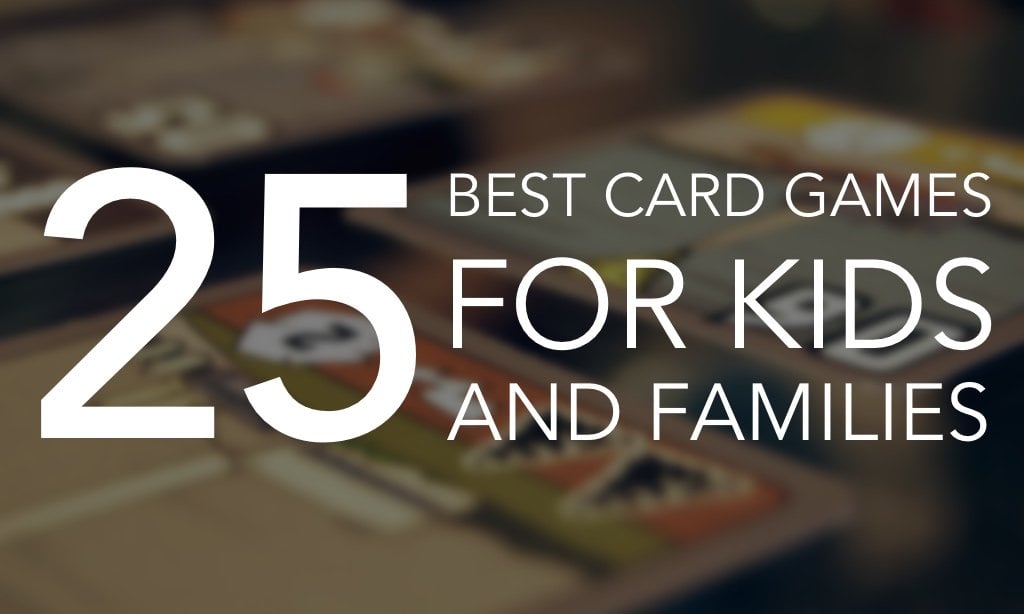 Not only are they fun and engaging entertainment, card games for kids encourage the development of skills like strategy, communication, mathematics, and much more. While many of us remember playing a variety of card games using a simple deck of cards, those basic concepts have been expanded in clever ways to produce exciting card games that can be enjoyed by both children and adults.

Well designed card games for kids foster healthy competition and social interaction, and are equally enjoyable for every member of the family. Here’s a few of the best!

The classic Uno Card Game has been a favorite for generations because of exciting gameplay that is fun and easy to learn for both children and adults. Gameplay involves matching colors and numbers with the card shown on the top of the deck. ‘Game-changing’ cards like Skips, Reverses, Draw Twos, Wild, and Draw Four Wild are used to change the outcome of the game. 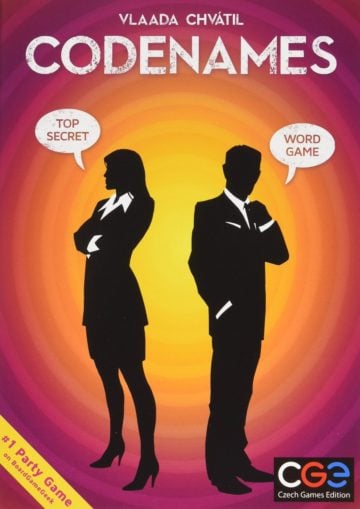 The popular party game Codenames is a great choice for older children and teens. Gameplay is fairly brief, only about 15 minutes, and teams must try to use their skills of deduction and word play to identify the ‘spy’ word. Like many card games for kids, gameplay is actually relatively simple. But, Codenames requires plenty of thought and concentration in order to win. It’s a great game for a party or family game night.

A Kickstarter card game that has achieved a high level of popularity, Sushi Go! – The Pick and Pass Card Game is a fast-paced strategy card game. Players must score the most points by choosing cards that represent the best combination of sushi dishes. Because game play is simple and easy to understand, it’s an excellent game for children. Adults and older kids will enjoy the more involved strategy aspects and the entire family can enjoy playing together.

The ideas for the Sleeping Queens Card Game was actually developed by a six year old girl who couldn’t fall asleep. With the help of her parents and older sister, the Sleeping Queens Card game was fully realized. Players use strategy and a little luck to wake the sleeping queens, hopefully not encountering potions and dragons that can get in the way. The player that wakes the most sleeping queens wins the game. The cards are colorful and durable, and gameplay is simple enough for children yet will entertain adults as well.

5. Zeus on the Loose

Zeus on the Loose is a fun, strategic card game featuring the Gods of Greek mythology, like Zeus, Hera, and Apollo. Players combine numbered cards using basic arithmetic skills, with the ultimate goal of climbing Mount Olympus and catching Zeus. A fantastic game for teaching math skills in the classroom and at home, consider having an adult help to keep the math on track.

Winner of the Oppenheim Toy Portfolio Platinum Best Toy Award and Mensa Best New Mind Game Award, Rat-A-Tat-Cat is one of the most popular educational card games for kids, both at home and in the classroom. Players must employ strategy, memory, and even their ‘poker face’ as they choose and swap cards with the ultimate goal of holding the lowest scoring hand. Everyone loves the fun, bad guys vs. good guys cat illustrations on the cards.

Too Many Monkeys is a great game for younger children learning to count. A single game only takes 15 minutes to play, so little ones can finish an entire game without becoming bored. It’s a simple game, and requires no reading and only counting. Players must flip and swap cards in numerical order to get Primo the Monkey back in to bed. Monkeys, elephants, and even giraffes join in on the fun. Too Many Monkeys is a quick game that is fun for bedtime or anytime.

Smack it! is an updated twist on popular card games for kids like Slapjack and War. In this fast-paced, exciting, and rowdy game, players flip cards in to a central pile and ultimately must battle to win the entire pile. With easy to learn gameplay and simple concepts, different ages can play together – a great game for family game night.

Face Off! Card Game for Hilarious Family Game Night Fun is exactly what it claims to be – a hilarious card game for the entire family. It features super fast-paced gameplay in real time. There’s no taking turns, so this game can definitely get a little rowdy. In order to win, players must communicate using signals to ‘talk’ to other players. The variety of signals like noisy farmyard animals, sticking out your tongue, bulging open your eyes, looking like you’ve just sucked on a sour lemon, and much more add to the fun and variety of the exciting but simple gameplay.

‘Fight the Oogies and build the perfect sandwich’ in Hoagie – A Goofy Kitchen Adventure. Developed by Quirky Engine specifically to be fun for adults and children to play together, Hoagie is fun and engaging for everyone from pre-schoolers to grandparents. The game features simple, easy to understand instructions and whimsical, character driven gameplay. Reverses and more can thwart other players progress while each player combines their cards for the best hoagie. May the best sandwich win!

‘One of the best fast-action card games for two to five people’, Trash War features a fantasy land of Junkyard Dogs of War and Medieval knights. Sure, there’s no real history, but the character driven gameplay and creatively illustrated cards are fun for all ages. With uncomplicated rules, the game is simple to learn and play right out of the box.

Based on the popular television game show, in the Family Feud Strikeout Card Game players must match the answers to the survey questions. After too many failed attempts, it’s the other team’s chance to score. One of the more compact card games for kids, it’s easy to pack up for travel. Take it on your next family vacation and enjoy the fun.

Great for a large range of ages, the ION Card Game uses symbols rather than words, so even children that are not readers yet can join in on the fun. There are two types of gameplay, fast game or tournament mode. Enjoy a quick five minute game or sit down for and hour long tournament. Gameplay is similar to UNO, and a player must use action cards that affect the other players and hopefully get them one step closer to the win.

In COLOROW, players use strategy to match colors and create combinations that allow them to lay down all of their own cards, while attempting to prevent the other players from accomplishing just that. Gameplay is relatively simple and easy to learn, yet there are plenty of opportunities for creative methods of gameplay. Colorow can be played with two to four players, and while some card games for kids can be somewhat boring when played by only two people, this one offers plenty of fun.

From the makers of Uno, the Phase 10 Card Game is similar to rummy, and uses these colorful cards. But, it’s the addition of the action cards that really ramps up the excitement. Players must create phase sequences like runs, cards of all one color, or combinations of these. Each phase must be completed in order and the first player to achieve ten phases wins the game.

Incredibly popular among players and reviewers, Five Crowns is also similar to rummy, but a rotating wild card keeps players guessing and the outcome uncertain. Instead of just four suits like a traditional card deck, this game features six suits, adding a lot more options for sequences and sets. It takes about 45 minutes to complete a single game, and Five Crowns can even be played as a solitaire game.

TABLETOPS Family is the perfect game for family game night or as a vehicle to engage the entire family, even the little ones, in meaningful dinnertime, bedtime, or car ride conversations. A four inch cube holds 135 questions that are appropriate for a wide range of ages. Some questions are silly and others are thought provoking, but each one is carefully designed to engage the entire family in conversation.

Everyone from kindergartners to grandparents will enjoy playing RoosterFin Rooster Race. In the fast-paced and simple gameplay, players must make an  educated guess as to whether the top card in their own stack is lower or higher than the last card played by another player. There’s an element of luck, and a wide range of ages can play together with equal opportunities for winning the game – little ones won’t feel left out and adults won’t be bored.

20. Would You Rather/You Gotta Be Kidding Card Game

Enjoy two different card games for kids with the Would You Rather/You Gotta Be Kidding Card Game game pack. The ultimate card ride games for kids and adults, these two games pose hilarious questions that prompt endless answers and can provide hours of fun. Rather than watching movies or staring at tablets, engage your kids in conversation. Perfect for family game night and as funny dinner time conversation starters.

ThinkFun 4 Children’s Card Games is a set of four of the most popular card games for kids. The set includes the classics: Crazy Eights, Hearts, Old Maid, and Rummy. Children will love learning to master these games for the first time and adults will enjoy playing the familiar card games from childhood. 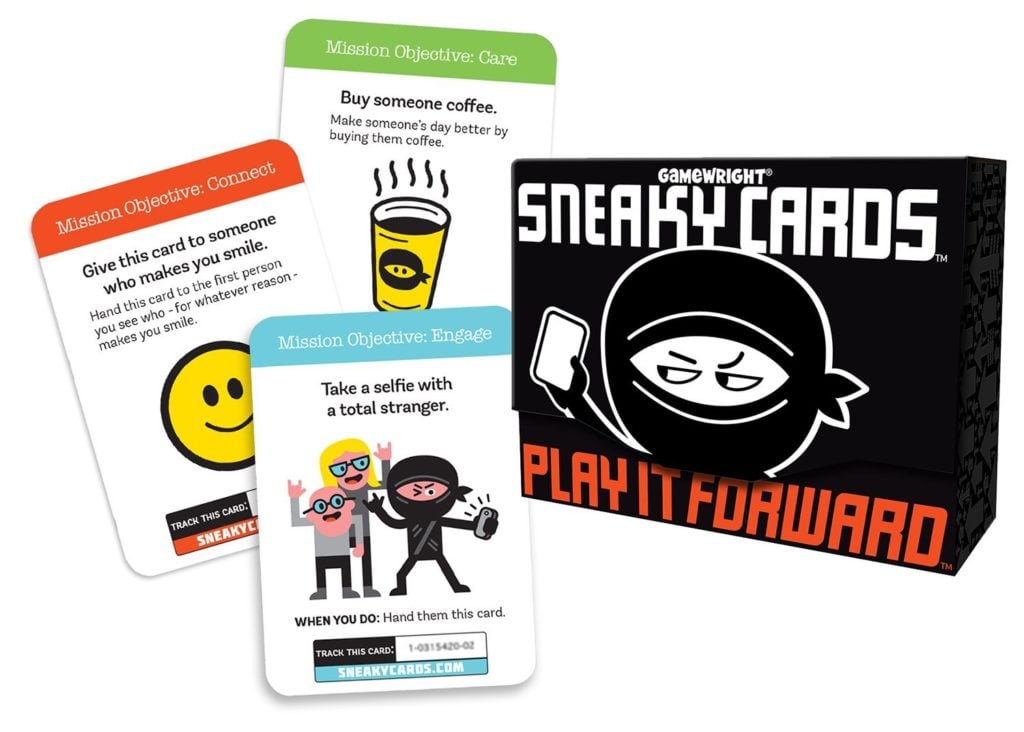 A fun and uniquely designed card game, the Sneaky Cards Card Game engages players in a scavenger hunt to complete various tasks, challenging them the become ‘a secret agent of joy’. Once a player completes an objective, they pass it on to another person, bringing them in to the game. It’s an open-ended and endless game of positive fun.

Card games for kids are most often played indoors, but this version of the popular Spot it! game is made for the outdoor summer fun. The Spot it! Splash Card Game has waterproof cards that can be used at the beach or by the pool, without any fear of the cards being ruined by the water. Store the cards in the mesh drawstring bag. Spot it! has five fun gameplay variations for practically endless fun.

A version of the immensely popular Loaded Questions card game, now developed for kids, Loaded Questions Junior Card Game requires players to answer a variety of questions that are also great conversation starters. Keep score and win the game, or just use the question cards to prompt social interaction one on one or in a group.

Fun for new readers and experienced adults alike, Quiddler is the winner of multiple ‘Best Game’ awards. Players use their cards to spell words and win bonuses for the longest word and the most words. Quiddler can be played with multiple players or as a solitaire game and gameplay lasts around 35 minutes. Gameplay is simple but versatile – it’s never the same thing twice.

Tell us about your favorite card games for kids in the comments below!