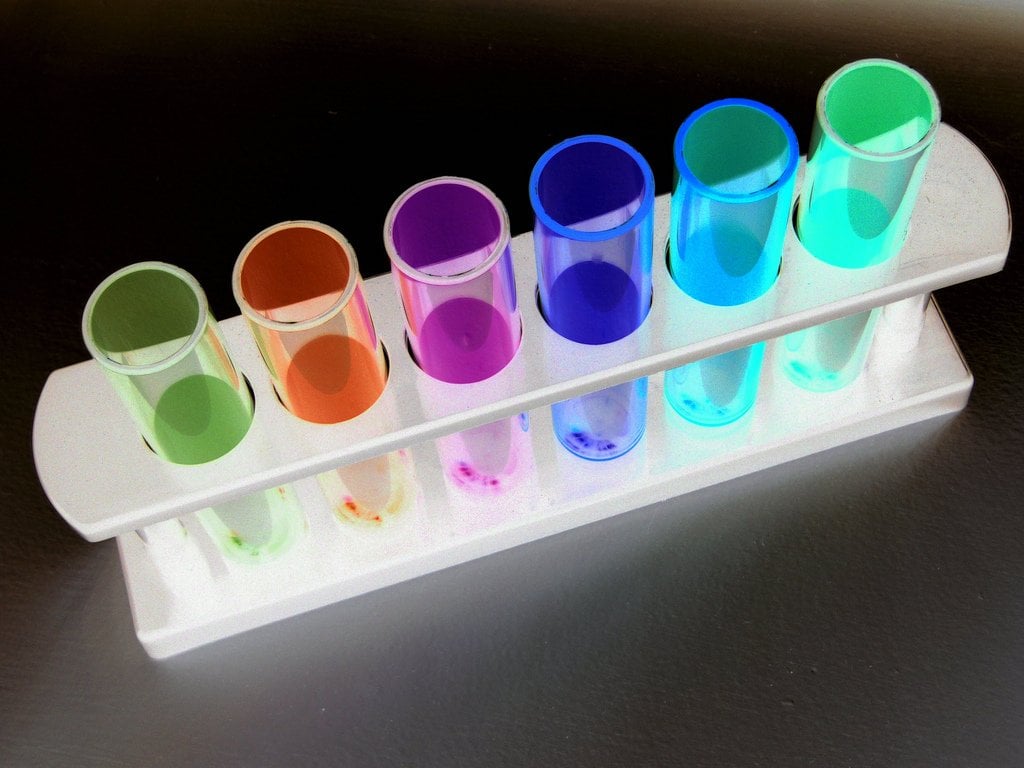 Chemistry can be challenging for many schools with safety considerations and equipment availability. However, The Illustrated Guide to Home Chemistry Experiments points out that students learn best by doing and take a lot away from physical experimentation and replicating reactions they have learned in theory.

Video is an excellent compromise so that students can see how amazing chemistry can be without putting themselves at risk or breaking the bank.

Here are a collection of the 11 impressive chemical reactions that should motivate your class to understand the science behind the spectacle:

The Briggs–Rauscher oscillating reaction is one of a small number of known oscillating chemical reactions. It is exceptionally well suited for demonstration purposes because of its visually striking color changes. The detailed mechanism of this oscillating clock reaction is quite complex, but the color change effect is beautifully hypnotic.

Three colorless chemicals create this amazing reaction – acidified potassium iodate, malonic acid-and-manganese sulfate monohydrate solution, and hydrogen peroxide. But, unlike other science experiments, the magic doesn’t stop. When you add the third solution, the oscillation cycle starts changing the resulting solution from transparent to amber to dark blue. Then it returns to a deep blue, amber, and clear, and the cycle continues.

From the beauty of the Briggs–Rauscher reaction, the pharaoh’s serpent looks like something from a horror movie. The chemical reaction is caused by heating Mercury Thiocyanate, where a rapid exothermic reaction produces a large mass of coiling serpent-like solid.

When ignited, the chemical creates a chain reaction releasing smoke and ash as it grows into a snake-like form.

Mercury is a toxic chemical, so be careful. The Black Snake science experiment has a similar effect without working with a highly toxic chemical like mercury and is safer for kids.

The black snake or sugar snake is as spectacular as the Pharaoh’s Serpent, but using sugar, baking soda, and 96% alcohol is a safer option. Many chemistry experiments are dangerous; household items offer the same chemical reactions but are safer for kids.

Alternatively, you can use sulfuric acid and sugar to create the sugar snake. Sulfuric acid removes the water from a compound like sugar, causing a dehydration reaction. The elimination reaction releases the water as steam; the trapped carbon dioxide gas produces the black, growing snake.

Be careful; sulfuric acid is strong and can damage clothing and cause chemical burns.

Elephant toothpaste is a foamy substance caused by the rapid decomposition of hydrogen peroxide and catalyzed by potassium or sodium iodide—color or stripe the steamy foam to look like a giant toothpaste, perfect for an elephant.

The science experiment is often used for classroom demonstrations of cold chemical reactions because it requires only a small amount of ingredients and makes a “volcano of foam.”

There are two ways to make this elephant toothpaste. The kids-friendly experiment uses diluted hydrogen peroxide and replaces potassium iodide with yeast.

A thermite reaction is potent enough to burn metal, but what chemical change can you expect when adding a block of ice? A fantastic explosion!

Ignited by an energy source, the thermite composition of metal (zinc, magnesium, aluminum) and oxidizers produces an exothermic oxidation-reduction reaction. The displacement reaction creates fire without oxygen gas. The most common burning or rapid oxidation is between aluminum and iron oxide.

However, kindled on ice causes a loud explosion and dazzling light from a large amount of heat released in a few seconds.

Thermite and liquid nitrogen chemical reaction experiments could be dangerous for most school labs, so be careful.

Ferrofluids are colloidal liquids made of nanoscale ferromagnetic, or ferrimagnetic, particles suspended in a carrier fluid (usually an organic solvent or water). The fluid produces terrific shapes and patterns when exposed to strong magnetic fields.

Unlike a solid magnet, a liquid paramagnet changes shape in response to other magnets. It is not a chemical change but a physical change without producing a new substance. Ferrofluids make great seals, for example, protecting the computer hard drive from dust.

Potassium Chlorate is a compound containing potassium, chlorine, and oxygen. When potassium chlorate is heated to a melting point, any item added to it will cause a rapid disintegration in the form of an explosion – amazing chemical reactions like fireworks!

When eating candy, your body breaks the sugar bonds slowly to release the energy stored within. In the Gummy Bear experiment, heated potassium chlorate produces oxygen gas igniting the glucose solution and releasing energy as heat and light.

The bonds break simultaneously, releasing immense light and heat energy producing the glittering spark reaction seen in the tube. Any candy will work for this science project; it doesn’t have to be gummy bears.

One of the safer experiments to reproduce, this reaction is more for fun than science. Solid ice transforms into gas when sublimation occurs. Dry ice is an example of frozen carbon dioxide gas.

Carbon gas and water vapor create a ghostlike fog. The water and carbon dioxide are trapped inside the soap bubble that grows until it pops and releases the mist. Note how the video experiment adds soapy water to the container’s rim to create the giant bubble.

Although tempting, never touch dry ice with bare hands or put it in your mouth. Instead, wear gloves and be safe.

Sodium, a soft, silver-colored metal, is highly explosive when sodium atoms react with water. Burning with yellow-colored flames, it releases sparks and produces hydrogen gas. Although chlorine is poisonous, sodium chloride or salt is safe and essential for life.

Combining sodium and chlorine produces a stable, ionic bond when the metal donates valence electron(s) to the nonmetal.

It’s magic! The tinfoil boat floats on invisible water. You can use a jug to fill the vessel with invisible water and watch how it sinks to the bottom.

Chemistry experiments with sulfur hexafluoride are like magic, and many magicians use it for their tricks. Sulfur hexafluoride behaves like a liquid but is a gas with five times air density and applies more buoyancy force on objects.

And if you want to sound more like Dart Vader than a Chipmunk, inhale sulfur hexafluoride instead of helium. However, if not exhaled correctly, it could stay at the bottom of your lungs, taking up oxygen space.

Add the baking soda slowly to avoid the foam from spilling over the container. Slow heat reduces the water content for cool chemical reactions forming an ice tower.

WAIT! Check out this BLACK FRIDAY Offer From KiwiCo!