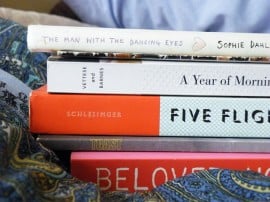 Digital Storytelling takes a plot, event or idea and enriches it with engaging media and interaction. With the online tools now available, students have more videos, images, animations and resources to bring their stories to life than ever before.

A tool that has recently become a lot easier for students to integrate into their digital storytelling is Twitter. Twitter released a major update at the end of 2011 adding a number of new features and simplifying the user interface. In truth Twitter is looking cleaner, slicker and more beautiful than ever.

One new feature that we are thrilled to see is the ability to take Tweets and embed them anywhere. This has a number of really useful applications and lets conversations travel much further than Twitter.com. As each Tweet is an individual thought, reaction or opinion, it a fascinating experience for students to pull together Tweets to tell real life, digital stories.

So let’s look at how embedded Tweets can form plots for engaging, thought provoking and fun digital storytelling.

How to start digital storytelling with embedded Tweets

First off, we need to learn how to embed Tweets. Twitter has made the process as simple as possible and it is as easy as finding a Tweet in your feed or search. Once you have the Tweet you want to embed, give it a click and it will enlarge giving extended options.

Once on the Tweet page, you will see an option to “Embed this Tweet“. Click the link and a popup window will give you options on how to embed.

From here there are three embed options, HTML, Shortcode and Link:

Once you have the code, it can be embedded directly into any site as below:

A few points to note are:

The other great feature of the embedded Tweets is that the conversation is included as part of the embed. So for example, we have embedded a reply Tweet below, where we can see the original Tweet is included automatically to help give the story context.

So what are some of the ways Tweets can be used to tell a story? And how can this new Twitter feature be used in the classroom?

If you want to get your class digital storytelling with Twitter, check out the full details with the official guide to embedding Tweets.

What tools do you find useful for digital storytelling with your class?