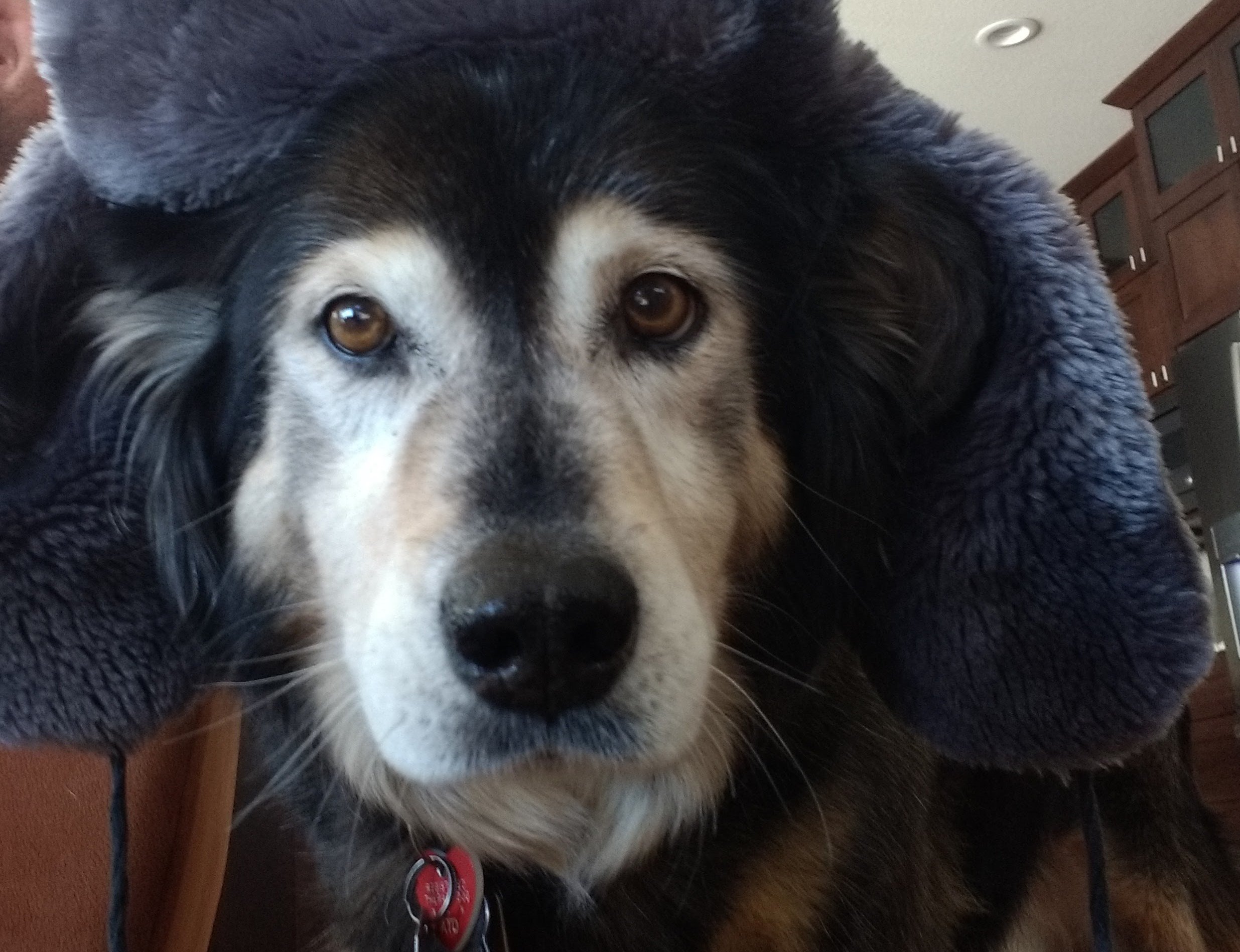 On any typical morning in the Bigari household, you’ll hear the following phrase being yelled out:

“HAS THE DOG BEEN FED YET?” 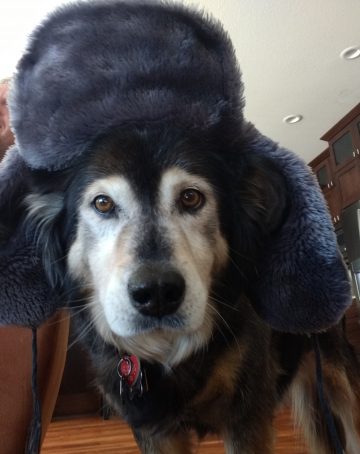 You see, our dog Chloe had a rough life until she was rescued and eventually adopted by our family.  Now she’s the most pampered creature alive, but she had to be street smart in order to survive during those years.

Every morning, she does her “I’m hungry” dog dance, and usually one of the kids or I will feed her.  Approximately 120 seconds after she is done slurping down the last kibble, she finds a fresh mark to confuse, and begins the dance again.

I’m not sure if it’s because she forgets she’s been fed, she knows the charade works more than 0% of the time, or some canine combination of both.  But much like me, Chloe has enough mass around her belly that she doesn’t need to participate in the ancient ritual of Second Breakfast.

So how to we avoid not feeding her at all, or more likely, feeding her multiple times?  The solution I came up with brings us to the creation of this month’s project, the Dog Food Truth Detector.

What Are We Building With This Ardunio Project?

The DFTD is a device that alerts humans if the dog food bin has been opened and closed in the past 2 hours.  The time limit is customizable in code.   When the door is opened, the switch opens as well, and no current flows to the Nano.  The microprocessor detects this, turns on the LED, and begins a countdown to turn off the lamp in 2 hours.

What Problem Are We Solving?

Dogs are much more concerned with getting their next meal as soon as possible than humans are with keeping track of when they have been fed.  This leads to overfeeding on a chronic basis.  While fat dogs can be cute, it’s really not good for them so keeping the multiple feedings to a minimum is a good idea.

What Parts Do We Need to Build Our Ardunio Nano Project ?

If we take a big-picture look at what we need, we four main components.  First, we need a way of knowing when the dog food cover has been opened.  A magnetic reed switch is perfect for this scenario.  A magnet moved close to the switch causes the switch to change from “off” to “on” (or “closed” to “open”).  Second, we need a way of letting the human know if the door has been opened.  An LED or two is a great solution because it’s easy to see from a distance.  You can just glance toward the food bin and know if anyone has opened it lately or not.

Third, we need something to keep track of the how long it’s been since the door was opened.  While there are many ways of doing this, I’ve went with an Ardunio-compatible microprocessor.  In this particular build, I’m using a SainSmart Nano 3.0 I have lying around, but you could use almost any Ardunio-based board.  The price of these has come down over the years, and we don’t need anything too powerful for this particular project.

Finally, we need a power solution.  The Nano can be powered by an USB cable, so that’s what I’m using for this construction.  You might find yourself in a situation where your dog food container isn’t close to an outlet.  In that case, you’ll need to use a battery source.  The easiest solution would be to use a USB Power bank you might have lying around, but you could run it with normal AA batteries as well.  Because I am assuming this will be powered by an AC Outlet, it’s not optimized to run on batteries.

For something that will permanently installed, a container to keep the components safely stored away is a good idea.  This could be as simple as a small cardboard box, or as sturdy as a plastic case.  A nice medium is often a disposable Tupperware container – I’ll use that for this project to give you an idea of to incorporate it into your own projects.

Here’s a list of the parts you’ll need.  While I’ve included links to get them on Amazon for your convenience, you can find these parts sometimes at better prices at places such as Adafruit or SparkFun.

Here’s the visual schematics of how the circuit should be put together. 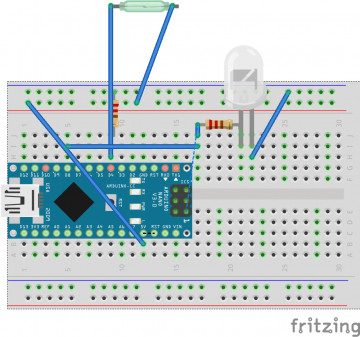 A few notes on why I made some of the decisions I did in this circuit:

Here’s the code I used in this project.  Feel free to copy and paste it into the Ardunio IDE.

Here’s the project in action, in a very temporary location.   I modified the code so the light would only stay on for a few seconds when opened – I figured no one was interested in starting at the wall for two hours of video to wait for a light to turn off!

Next Steps For Improvement:

At this point, you have a fully-working detector.  Congratulations!  You probably will want to modify a few features to make it fit your individual needs.

For example, the wire length of the reed switch is pretty short.  I happen to have open wire shelves right next to where I store our dog food so this isn’t a problem for me.  Most people will likely need to splice some wire onto the switch leads so they can comfortably reach the food tub from a more remote location.

I just used tape to secure the magnet and switch to the food container.  Frankly, I’m okay with that but glue or small screws will likely provide a more robust solution.

Finally, there are Nano’s that come without the pins already soldered in.  For a project like this that is a more permanant solution to a problem, we’d likely want to solder the wires to the Ardunio board itself.  Breadboards are great to create with, but they don’t always hold wires the greatest over the long term.  If you decide to use this solution in your house for the long-term, you’ll want to make a circuit that is more physically robust.

I hope you had fun building this project.  If you have any questions or improvements, please leave them in the comments below.