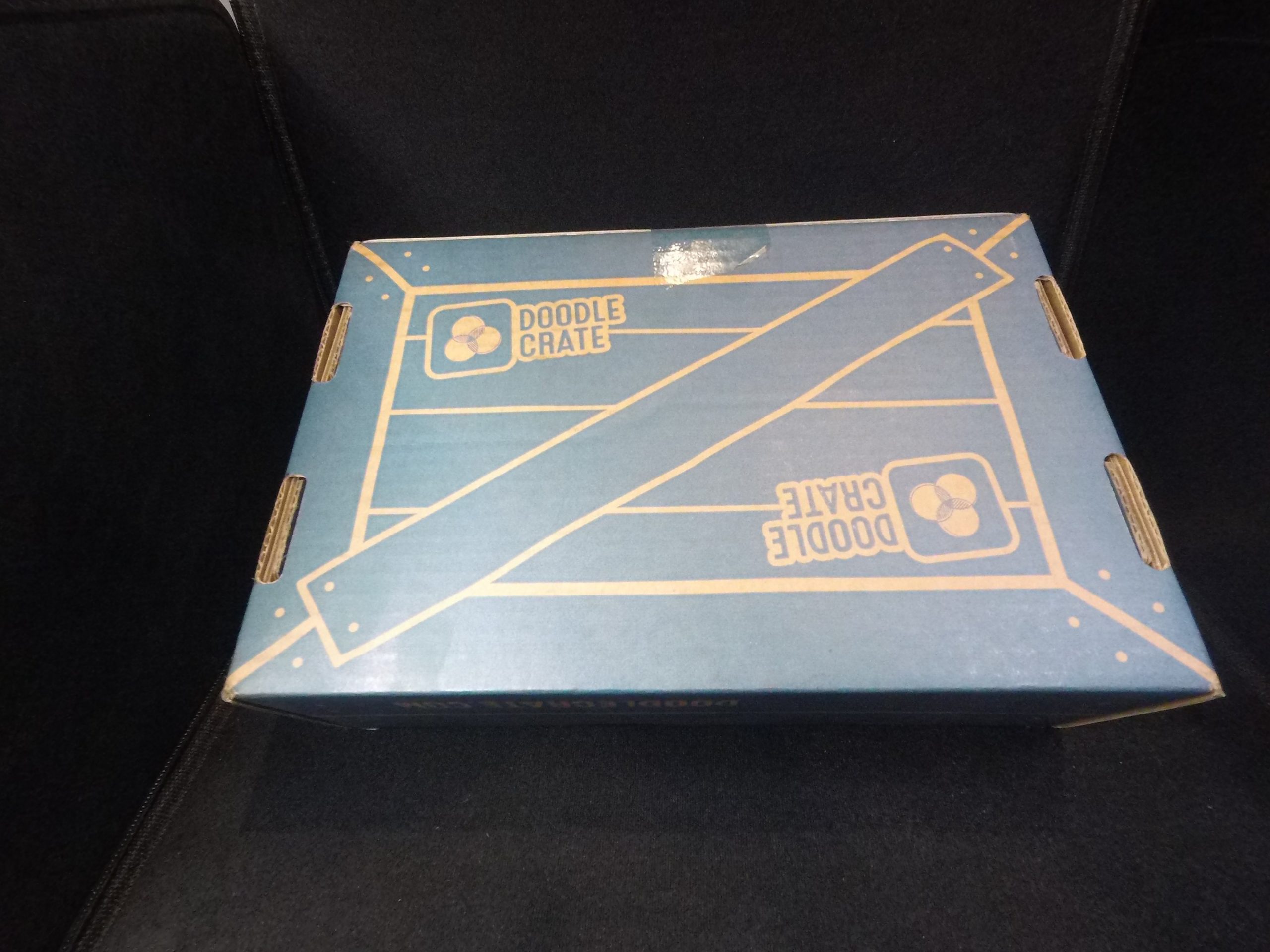 As my children get older, they don’t spend as much time playing with one another.  This is especially true of my high school junior and her fourth-grade brother.   One is interested in driving and hanging out with her friends while the other wants nothing more than to play video games.

When I saw the Doodle Crate hit my desk, I saw a way to bring my kids together in a fun way.  Here was something they could do together while each controlling their own part.  It was going to be my one-night of enforced family time in the Bigari household.

I also wondered how their experience would be considering they were at the far ends of the recommended ages for the crate.  Would they both have fun?

I am able to say this project was a success on many levels.  The Doodle Crate was fun to work with – it allowed both kids to express their creativity.  It was a great centerpiece to bring my kids together – just like I remember them playing when they were younger.   I really enjoyed watching them goof off with each other.

Find Out More About the Doodle Crate

I’ll begin by sharing some information about the Doodle Crate but scroll down if you want to hear more about our own hands-on experience with this STEAM box.

Who Is The Doodle Crate For?

The Doodle Crate is designed to play to the artistic side of children aged nine and up.    It’s not just for artsy kids – the different activities range for clay in our box to woodworking and solar imagining in others.  I’ve also seen embroidery mentioned as a subject that has been covered in the past.

It’s really a subscription to bring out creativity through the use of a child’s hands.  So much learning in the traditional setting is done through verbal or written communication. This product provides a monthly opportunity to expand learning into the physical world, under the total control of our child.  It’s a great way to build confidence.

Who Should Look Elsewhere?

I don’t think a child under 8 would be able to complete all of the projects that are offered by Doodle Crate.  Check out our 2200+ word guide for more options for children in that age group, or who have a burning passion in another area.

Our Verdict: Doodle Crate is perfect for a child who really enjoys expressing their creativity with their hands.  While a kid that loves of arts and crafts would definitely enjoy this gift, I think most children are happy building something out of nothing if given the opportunity.  The projects from Doodle Crate are great opportunities for a child to showcase their creative work.

What Is the Doodle Crate?

The Doodle Crate STEM subscription is mailed to you monthly.  Inside you’ll find nearly everything you’ll need to construct that month’s creative creations.  Our box came with clay.  Unlike some other kits that require you to gather some of your own materials, this box provides everything so you can get started right away.

The instruction sheet was well written.  Instructions were clear – there were no missing steps or times where my 4th grader or high-schooler was at a loss what to do next.  It comes in a nice, colorful format as well.

Our crate was Crafting with Air-Dry Resin Clay.  It so happened that we were going to create two textured clay luminaries.  Traditionally these would be lit up with candles, but the kit comes with a battery-operated tea light.

I kept this kit for my family because I have children at both ends of the recommended age scale.  My youngest is a nine-year old boy, while my oldest is a 17 year old girl.  They both have some interest in arts and crafts as well.

I decided I would go a little against the grain, and have these two siblings each work on one luminary, rather than have one make two of them.  That way, I’d be able to get a better feel for how this crate worked for both young and old kids.

The actual making of the candle-holders was pretty quick.  One thing I liked was the instructions took care of everything.  I’ve personally never been able to roll out clay into a sheet well because I couldn’t get it to stay the right thickness.  Doodle Crate includes simple parts to make sure the clay is rolled out to the right depth.  No worries about a side being too thin or thick.

After rolling, the children trimmed the clay blob.  Three sides had to be straight – easy to do with the included guide.  The other was left open to artistic interpretation – one child made a castle-like pattern on top, while the other angled the side down.

The real creative expression began with the patterning of the sides.  Texture tools are provided, and the child can use the including sculpting tools to make whatever art they wanted on the holder.  My oldest child went with a pretty involved thatch pattern.  My younger child made a smiley face.  Both enjoyed what they had made. 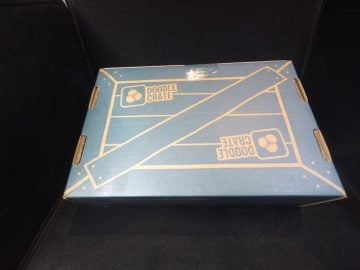 We then needed to wait as the clay hardened some overnight.  The next afternoon, the painting began.  It was relatively simple though we probably should have either let the clay harden a little longer or skipped our own brushes and used the foam ones included.  Sometimes our paintbrush would get caught in the clay.

What We Liked The Best

The instructions were quite clear and well organized.  This is an essential feature for a product where the child is expected to work on projects mainly by themselves.  The Doodle Crate passes this test with flying colors.

The STEM crate doesn’t cheap out when it comes to the included items.  The clay, paints, and electronics were of high quality.  The clay-shaping tools were made of thick plastic – there should be no problem with anything breaking in this set.

Both my children thought the project length was about right.  I was surprised by this considering the age difference.  They liked that there was a break in-between some of the steps which made the project to feel more like two “bite-sized” ones, rather than one long one.  Our crate’s project required overnight time to dry before the painting could be done.

What Would We Change?

Once again, there were no major changes requested.  My younger child wished there was more to the project.  However, since we had two people doing what is supposed to be for one child, I think that wouldn’t be an issue for most people.

Find Out More About the Doodle Crate

The Doodle Crate is a well-thought-out, fun activity kit.  It’s a great vehicle to allow children to express themselves artistically without much help from a parent.  The items in the crate are well-made, and in general, the kit feels like someone put work into the whole package.

If you know an older child that could use some right brain time in their life, the Doodle Crate is a good choice for you.