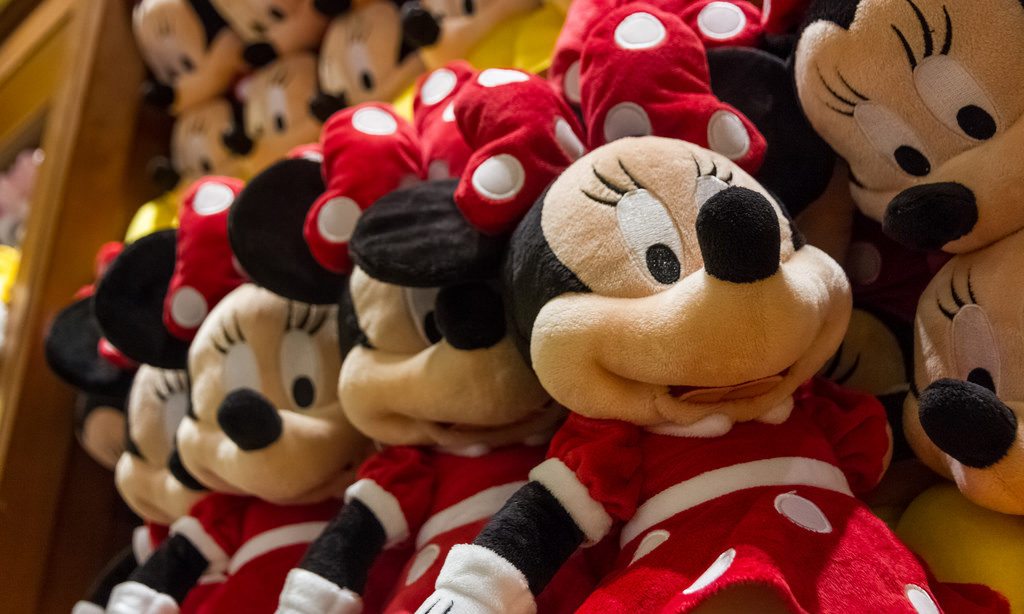 “I want teenagers with autism to know it’s O.K that some days are tough and I’m here to tell you it gets easier as you mature into adulthood and find your passion.”

Wise words from Rebecca Sharrock who knows only too well how difficult the teenage years can be for someone with autism who suffers from depression and anxiety.

We talked to Rebecca about what her life was like growing up in Australia. Trying to put the pieces of the world together in a way that makes sense and contending with a Highly Superior Autobiographical Memory (HSAM) diagnosis can be challenging.

When you talk to Rebecca you know you’re talking to someone who has a story to tell. Her passion is to become a writer and public speaker, but this doesn’t happen overnight. Her life hasn’t been easy and she’ll be the first to tell you it took her a long time to put all the pieces of her childhood together to be where she is now. Now, she is focused and clear about what she wants to do with her life. 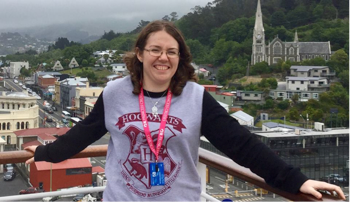 Rebecca has suffered from anxiety and depression from as young as three years old, which saw her in therapy on a weekly basis until the age of 19. Rebecca’s family put it down to the breakdown of the family unit. She recalls being fearful, and at times needing to build physical walls around herself. Her mother Janet often found her trying to barricade the fence to their home against possible intruders. The fence was only knee high but that didn’t deter Rebecca. Janet thought it was a coping mechanism.

As she got older, Janet felt that Rebecca might be autistic. Rebecca was tested when she was six years old—but the results came back as negative. The doctors put her behavior down to severe anxiety and depression. It wasn’t until her mother remarried and welcomed three more children to live with Rebecca and her younger sister that things started to become a little clearer.

Following the diagnosis of a stepsibling, Rebecca was retested at 15 years of age and, confirming Janet’s original thoughts, was diagnosed with Autism.  The doctor explained to her that girls present differently and could easily have been missed as a result of limited knowledge amongst professionals at the time. Rebecca tells us of the relief she felt. She read up on autism, which helped alleviate the anxiety and gave her a sense of identity without the feeling of being isolated. Although some relief was brought on by the diagnosis, Rebecca still felt incomplete.

One year later Rebecca was tested—positively—for OCD but that still didn’t giver her the peace of mind she was looking for.

Struggling at School with an Unsupportive System

School was challenging for Rebecca.  Bullying was quite significant and she found the classes too much, too long and with too many students, leaving Rebecca feeling overwhelmed. Overall, she didn’t like school, which only added to her anxiety. She didn’t feel she had enough support in the classroom. Subjects like maths and spelling were enjoyable for Rebecca but she could have done with having more structure and the lessons explained in more detail. Looking back it’s clear that having a special needs support teacher would have significantly helped to manage challenges as they arose.

When she was nine years old, a teacher introduced Rebecca to Harry Potter because of her love of maps. In the process Rebecca identified with the character Neville Longbottom because, like her, he was an outsider and bullied by others. Today the obsession couldn’t be more prominent—Rebecca can recall the Harry Potter series line by line.

It wasn’t until after her diagnosis at 15 that school hours were adjusted for Rebecca and she was allowed breaks to listen to calming music.  Listening to and playing music instruments can help some kids. 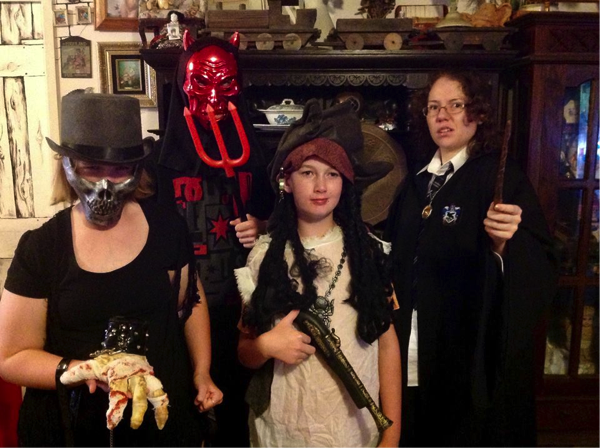 Janet will tell you that for a child, Rebecca’s memory was extraordinary. At 18 months old, she knew the alphabet and at four years old she was into maths books. By six years old, she was choosing her own books to read which included geographical books. Reading calmed Rebecca and she couldn’t get enough, which contrasted with her younger sister who was into dress-up. At such a young age Rebecca wasn’t able to process the information fast enough but once she understood it, her retention was incredible. This internal dilemma between comprehension and retention was one which left Rebecca increasingly anxious with feelings of low self-worth, not to mention an inordinate amount of inadequacy and frustration. As a child, Rebecca recalls her thoughts and feelings at the time: “How come everybody is coping but I’m not? They must be better at hiding it than I am. What’s wrong with me?” 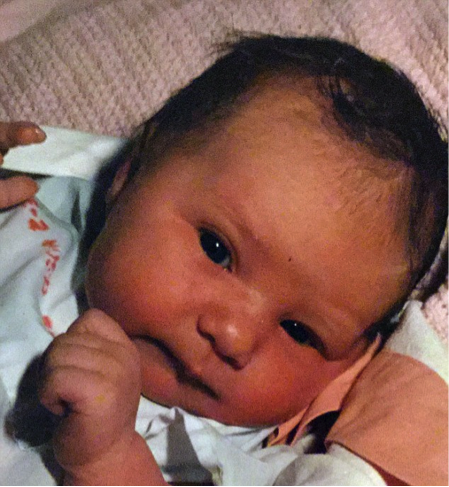 When Rebecca was 17 years old a family friend called to tell Janet to watch a TV segment about people with Highly Superior Autobiographical Memory (HSAM). Rebecca was hollered back from the garden to watch. Janet was shocked because this acknowledged Rebecca’s unique memory. Rebecca only thought, “Why is this amazing? Isn’t this normal?”  When her parents told her it wasn’t, she simply replied, “But I can do that”.  Once the realization set in, Rebecca was in disbelief. Her thoughts were torn between “Isn’t this normal?” and “I’m possibly one of only a handful of people in the world with this condition”.

With her family’s encouragement, Rebecca emailed the University of California, Irvine. They asked her to complete an online test. Rebecca and her family would have to wait until she was 21 before the diagnosis for HSAM was confirmed. Now she is part of the university’s ongoing research. To date, 60 people are confirmed with HSAM globally. It is estimated that this figure represents only 10% of the actual number of people with this gift.

This was the final piece Rebecca was looking for. She felt her puzzle was complete. Now, at the age of 27, she finally feels her understands who she is; her identity has been authenticated. Rebecca is still unique amongst the 60 others with HSAM, she is the only one with Autism!

Those with HSAM have varying degrees of the condition. Rebecca can date her first memory to when she was 12 days old lying in her crib looking up at her mother. Although she can recall memories earlier than that, there needs to be physical evidence to confirm it. Corroboration such as a dated photograph would be needed, because of course at such a young age Rebecca wasn’t aware of the concept of calendars. However, if you asked what she did on her second birthday she can tell you and reference days before or after the event.

How Does the World Look to Rebecca Now?

With every memory, she can recall the emotions that go with it as well as any physical pain. It is no wonder that HSAM contributed to her anxiety as she recalled such negative memories so vividly. Positive memories are remembered equally, “When we relive a memory, we relive it in our own personal emotional state”.

None of the other HSAM candidates are able to recall levels of pain that Rebecca associates with her memories. She describes this experience as such: When a three-year-old falls over and grazes itself, it hurts more as a child than as an adult. She relives the pain of a 3-year-old old over and over again.

Rebecca also remembers her process of learning to walk and talk. She vividly remembers walking as something she saw everybody doing and wanted to do the same. Her aim was to get up and move as fast as possible before falling over. Learning to talk is a lot less vivid, except that she knows once she mastered the language she built on the knowledge.

Rebecca has many comical stories to share. Janet remembers having a Minnie Mouse doll with freckles on it and every time she gave it to Rebecca, she would throw it out of her cot. Janet thought that she was enjoying playing with it and wanted it passed back to her to throw it out again. However, Rebecca actually disliked the doll because the freckles scared her, tossing it out at every chance she got. There is no way a parent could have known that!  Years later, they laugh about the confusion. Her stories are endless and she can recall them with ease, especially now that she has a better understanding of herself.

What Does the Future Hold for Rebecca?

It took Rebecca the better part of her late teens to find herself. It wasn’t until her early 20’s that she found her passion: a love of writing and public speaking. Now in her late 20’s, she is very clear where she wants to channel her energy. No doubt with a memory like hers that will come naturally to her.

Rebecca wants to share her story and experiences as a teenager trying to navigate the various diagnoses of anxiety, depression, OCD, autism, and HSAM. She wants to help teenagers going through the same, to give the inspiration and hope she now has for herself.

For any teenager who is going through anxiety and depression, here are Rebecca’s four tips:

Sasha is on a mission to change the world of autism and special needs. Coming from a Australian/Middle Eastern background and a culture where special needs is hidden, Sasha’s vision is to bring happiness to children and families through her clothing range.

As a professional engineer Sasha has great attention to detail, is resourceful in supplier relations, skilled in team management, and proven experience as a global businesswoman.

Her passion is for all children to feel included and integrated in mainstream school and society.