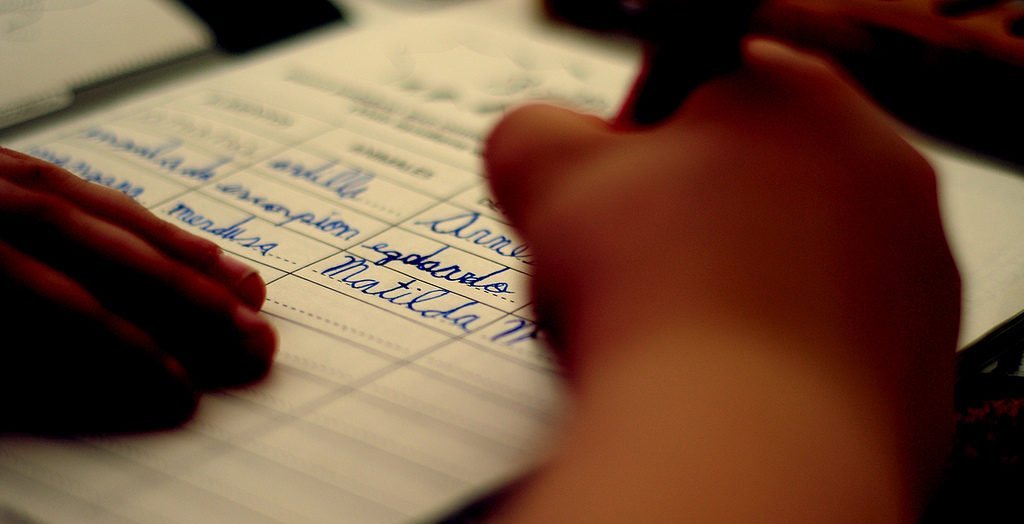 English teachers have the unfortunate reputation of being monotone and boring. Most students dread the thought of session after session focused on grammar. Long papers facing the scrutiny of their instructor seem to be a daunting punishment. How can we make a typically fear-inducing topic and make it fun and engaging? Below, I share my notes and activities I use for one of my lessons covering some of the basics of grammar. I encourage you to use my material or experiment with a similar model. In my experience, engaging the student in the material improves long-term comprehension and memory and brings energy to the classroom.

This grammar lesson is based off of the content and focus included in Writing For the Road Ahead by Preston Waller.

Activity: Do a MadLibs activity together.

This game requires students to recognize and suggest various parts of speech. As a student suggests a particular word, ask the class why it qualifies as that particular part of speech.

“The most common error in people’s writing is spelling.” Spell Check is a great tool, but do not rely on it. Teach yourself to be able to edit your own writing. Here’s a web page I often consult for English spelling rules.

Activity: Do a spelling quiz together.

Homonyms or homophones are words that sound alike but are spelled differently and have different meanings. Find a list of homonyms here.

After reviewing and generating homophone pairs, students work with a partner to illustrate pages of a homophone class book. Each student will have a pair of homophones. On one page they use the word incorrectly in a sentence and then draw a humorous illustration to go along with the sentence. For example, “Come see my rows garden.” The students could draw a picture of an outside area with rows of chairs amidst trees, flowers, and shrubbery. On a second page, the student will use the word correctly with a corresponding picture. You can use your device to look up the definitions of the words. (Source: K12 Reader)

Use of the Comma

A complete sentence has a subject and a verb and expresses a complete thought.

Give students two sheets of paper. One says “fragment,” the other says “sentence.” Show a sentence/fragment and have students pick which one they think it is. On the count of three, have everyone reveal their answer. Ask one or two students why they chose what they did.

A run-on sentence is a combination of two or more sentences without any punctuation.

Activity: Give teams print-outs of run-on sentences. Have them work with a partner to fix the sentences on the worksheet. Discuss them as a class afterward.

Make your verb tense consistent in your writing. Use present or past language throughout your whole essay.

Activity: Separate students into teams to play the Subject-Verb Agreement Game. If you have enough class time, create a tournament style battle with the game.

Pronouns help you avoid repeating the same word over and over again. Make sure it is clear what noun the pronoun is referring to. If you have two nouns prior to your pronoun, you will usually only be able to use a pronoun for one of the nouns later in the sentence.

If you are unsure if you are using the right pronoun, try reading a portion of the sentence to see if it sounds right.

Confusing adjectives and adverbs is a common problem, but why?

Activity: Give teams of students a sentence with a misplaced modifier. Have them illustrate the error, then write the sentence correctly at the bottom of the page.

In general, to make a singular word plural, add either s or es. Consult a dictionary if you are unsure of the plural form of a noun.

You may need to use quotations in your papers for three main reasons:

Using proper grammar may seem tedious, annoying, and confusing at times. However, it is so valuable! It helps you communicate effectively and appear educated and professional.

Let me share one of my favorite examples of the power of grammar; it can honestly save lives!

Amy is the Academic Director and Outreach Director of Atlanta Leadership College. She has a passion for organization, systems development, the sociology of academia, and inspiring students with a love for learning. If she is not at work, you will most likely find her in a gym, on a hiking trail, or dancing.