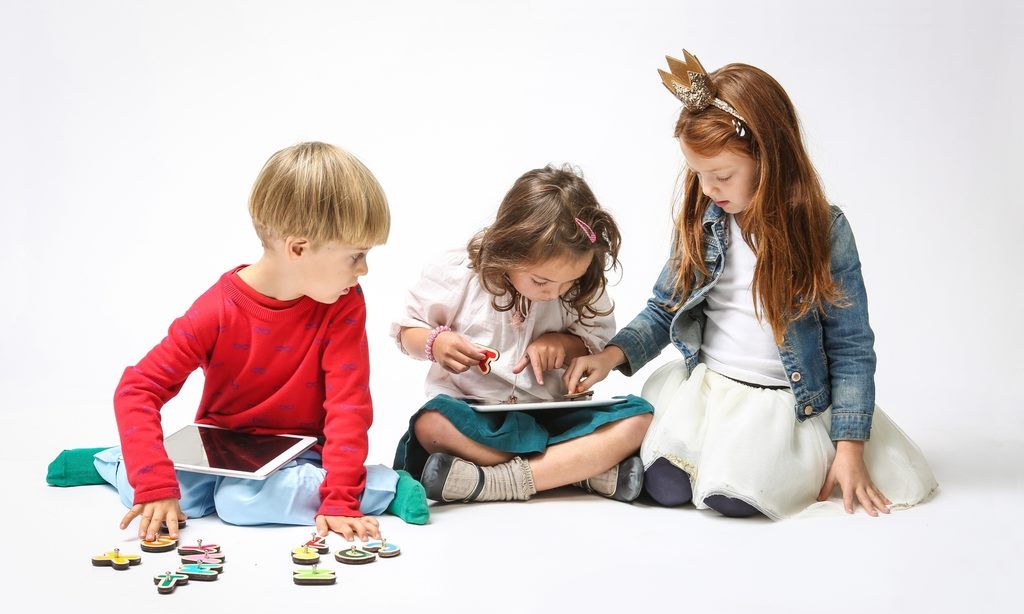 Marbotic smart letters and smart numbers combine tech with physical toys, or, as they put it on their website, they’ve mixed “traditional wooden toys and touchscreen technology” for the “ultimate learning experience.” From a parent’s perspective, I’ll add that it’s reassuring to see the kids using a tablet with a toy, rather than just staring at it with glazed expressions.

The Wooden Letters and Numbers

First, these are pretty great as stand-alone toys, even without the apps; they’re attractive and sturdy, and the kids actually had a lot of fun taking them in and out of the container as though putting together a puzzle. Even after a couple weeks, they enjoy cleaning up the toys after playing with them, since they think the ‘puzzle’ element is a feature of the toy. Personally, I’m pretty enthusiastic about a toy that’s fun to put away. (I have no idea whether this was intended, but it’s awesome.) So, if you’re like me and tend to get rid of the boxes in favor of binning new toys with the others, you might want to hold off on this one; the storage seems to be some of the fun.

The letters and numbers were designed with both children and tablets in mind: they have a tiny knob on top, which tiny hands can grip easily, and they have pads on the bottom, so you don’t have to be in a constant state of panic about your tablet screen. The design is both beautiful and practical, although I have some lingering concerns about my tablet, which I’ll get back to below. 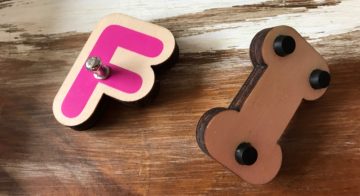 Marbotic has designed all the apps so that it’s easy for children to begin playing immediately. Even before I had the chance to explain what they were supposed to do, my kids began to press letters and numbers to the screen and, more often than not, figured out what they were supposed to be doing. The exception to this is my three-year-old—she understood most of the apps but needed some help on the more advanced ones that involved adding and subtracting.

In my view, setting up a game that allows children to figure out the rules for themselves is a valuable feature. First, it indicates that Marbotic has designed a toy that is simple and intuitive. Second, the kids felt happy with themselves for getting started without parental help, and I think it made the game that much more fun.

The apps suggest ages 2–8, depending on which one you’re looking at. The more basic apps are for a younger part of that range, of course, and the more complicated ones are for the upper area of the range. That’s probably about right, although if I had to put a general upper limit on the toy, I’d say it’s probably somewhere between 6 and 8, depending on your child’s comfort level with reading and arithmetic. My seven-year-old found it a bit “babyish” for his taste (his word). The sweet spot, at least in our family, is 3–5. My one-year-old loves the blocks for their own sake and can play with them for a good fifteen minutes before losing interest, which is pretty good for that age. 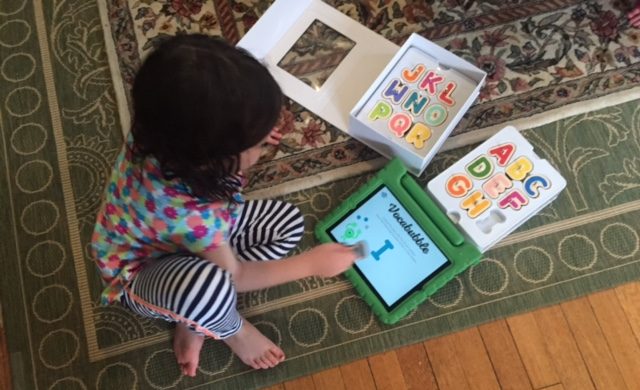 As far as fun and educational value go, I’ll put the rest into two categories: my impressions and the kids’ impressions. I’ll start with mine since that’s the prerogative of the review writer!

I was impressed by how attractive the wooden toys and the apps are. As anyone who allows their kids to use children’s apps on their tablets, you know that there is a great range in what we’ll call “annoyability”. I’m not going to name names, but there are several apps out there that were just not worth it because of the awful colors, sounds, etc. I suppose it’s nice for the kids, but it’s a bit more than I can take. All of Marbotic apps, however, are simple, straight-forward, and involve muted colors. At no point did I feel a migraine coming on or consider defenestrating an expensive piece of technology.

I give it a 9/10 in this category, mainly because the tools these apps teach require a lot of reinforcing, and these apps make them fun to practice. Although there are only so many different kinds of games that are offered through the apps, there are probably only so many kinds of games that the kids would be prepared to do anyway, so I see that as a positive rather than a negative. If the apps went much further, they would trade simplicity and ease-of-use for more features, and they would probably lose both their charm and audience.

First, although the letters and numbers have pads on them, you really need to remind your kids to be gentle when they’re using them. The very thing that makes these letters and numbers so great—their sturdiness—turns into a potential weakness when using them with tablets. I don’t know your kids, but mine get very excited when they’re having a good time, and in this case that meant slamming the numbers down on the tablet as soon as they knew the answers. On the one hand, it was great to see them having so much fun. On the other, I really like my tablet, and it does not deserve to die this way.

Secondly, it would’ve been nice to combine all the number games into one app and all the letter games into another.This is not a deal-breaker by any means, but I would prefer it as an adult, and my three- and five-year-old would certainly find it much easier. They do very well navigating other child-friendly apps where it’s simply a matter of going “home” and finding another game. With Marbotic though, it has taken them a while to figure out which icon leads to which game—remember, there are six apps you can use—and this confusion occasionally leads to some frustration. Again, not the end of the world—but when you’re using an app both for education and, say, because you’d really like a few minutes to make dinner, it’s very helpful if the app keeps the kids engaged and doesn’t end up either frustrating them or leading them to find you to help them out.

Well, they keep asking to play, so I take that as a pretty good sign. As any parent knows, kids frequently get very excited about anything new and then discard it after an hour, when it has become old news. Two weeks in and counting, and they still get this out once a day or so.

My five-year-old daughter is especially pleased with herself for what she’s picked up so far in her experimenting with these games. Using the app More or Less, she has become more comfortable with addition than she was before—it’s great to see her feeling more confident and happy with herself.

Definitely! At least to families who have children under the age of seven. It’s perfect for us because it can engage children zero to seven, so that’s three out of four. And if families have children who are struggling a bit with reading and arithmetic, this would very likely keep kids engaged more than, say, sitting next to them and hectoring them. I’ve certainly spent this amount of money on toys that the kids spent less time on, and this one can be written off as education.

Cate is a mom of four young children, aged <1 through 7. She has a PhD in Education, an MA in Classics, and another MA in Ancient History. She currently works as a writer, researcher, and curriculum developer, focusing on empowering children in low-income communities. In her spare time, she enjoys reading, running, and meditating over a flat white.