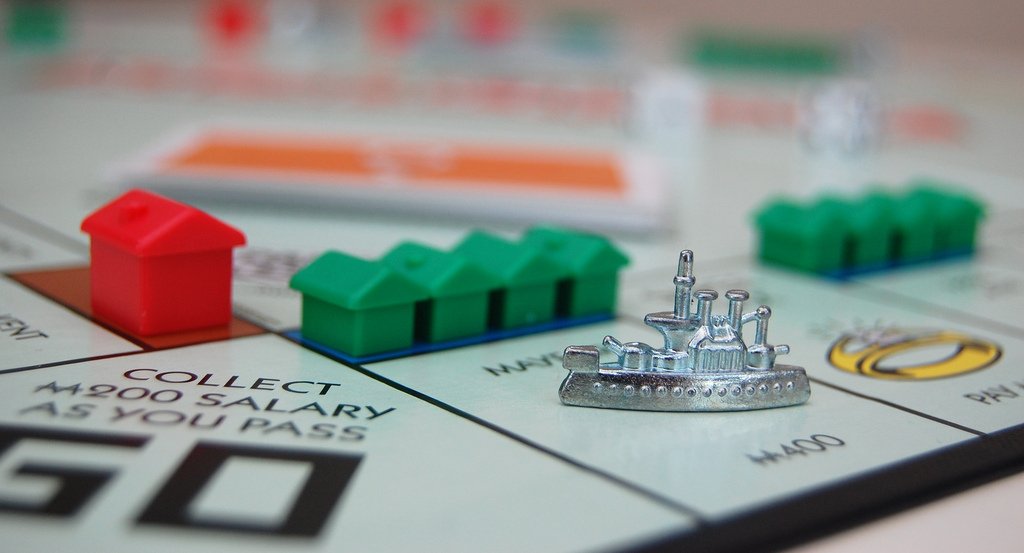 There’s no denying Monopoly is perhaps the most iconic board game around. Its origins can be traced back to 1903 as a way to teach Americans about the values of owning land and creating wealth, but nowadays, people spend hours charging one another hundreds of dollars just to stay at Park Place for a turn. While some enjoy lingering over the game board all night, others may not appreciate the time, effort, and pure chance that goes into building a real estate empire. Regardless of where you stand, Monopoly serves as the inspiration for a host of games all players can enjoy. Here are some awesome games you’ll love if you’re a fan or a skeptic.

For the Monopoly Haters

Whether you think it’s too long, too complicated, or just plain boring, try these games with all the fun of Monopoly with faster, different gameplay! 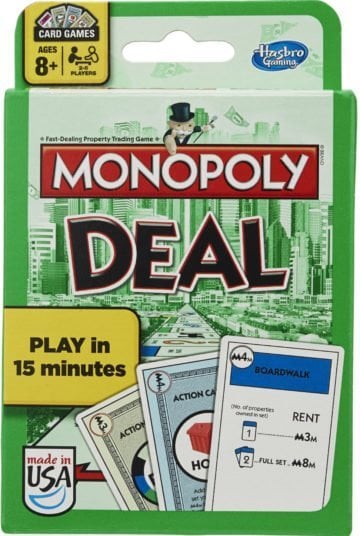 Monopoly Deal is a fast, fun card game that’s perfect for camping or quick game nights! Like Monopoly, the object is to collect more color coded properties than your opponents. But this time, there’s no board! The deck is made up of property cards and action cards. Players take turns trying to obtain three sets of different colored properties while using action cards to take money and properties from rivals. You can even charge them double the rent if you have the right card in your hand! The competition is intense but short; the average game only lasts 15 minutes. Still, the original strategies are evident in this inventive card game. 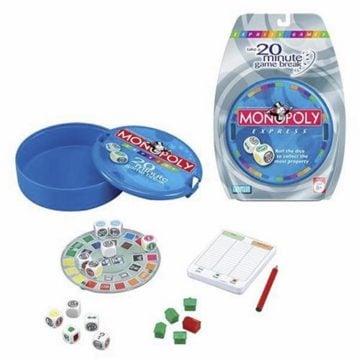 Monopoly Express is named such for very good reason! All you need to play are the ten dice in the package and a few people, and you can play a fun, exciting game in less than half an hour. This game is a great alternative to the original while still keeping the spirit of earning as much money as possible. Players roll all ten dice, seven of which are property dice which have colors, utilities, or railcars on them while the other three have the words “go,” “to,” and “jail.” Everyone competes to roll as many matches of properties as possible. But be careful! Rolling “Go to jail” ends your turn, and all your money vanishes for the round.

Advance to Boardwalk is close to Monopoly in that you’re moving your play token on the board, but there’s a significant twist: all your real estate purchases are focused on the Atlantic City boardwalk. Instead of buying and renting whole properties, players build hotels that can reach the ceiling! You can add floors to any hotel and even take over a hotel from an opponent. But look out for the hurricane card that will blow away the top floor. Like the previous games, Advance to Boardwalk takes less time to play, but aspiring real estate tycoons will still love competing to rule the Jersey Shore!

For the Monopoly Lovers

If you’re a Monopoly fan but want to branch out, try these games with similar gameplay! 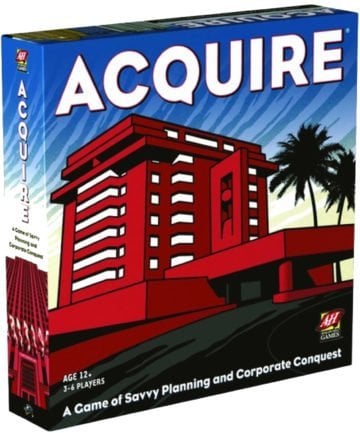 Like Monopoly, Acquire is centered around gaining properties and earning money. This time, though, there are no pieces to move. Instead, players place tiles on the board to create or extend hotel chains. A budding hotel impresario has to make strategic decision about selling and trading hotel shares, merging with other chains, and deciding when to invest if he wants to win this game, because in the end, players liquidate all their possessions to see who has the most money. If you’re looking for a real estate game that is more sophisticated and complex than Monopoly, Acquire is the one for you. 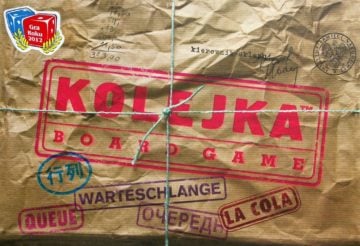 Kolejka is Polish for queue, and it’s exactly what the game is focused on. Poland’s Institute for National Remembrance created Kolejka with the aim of teaching young people about the difficulties their country endured while under communist rule. Players spend time shopping for essential items, waiting in lines for different products. Unfortunately, there is a shortage of goods, and with rivals playing cards designed to jump you in the line or kick you out entirely, it’s a tough task to get all the merchandise you need! There’s always the option of buying from the black market, but prices are outrageous. While the audience is for a slightly older crowd – young teenagers would be best – the educational value of learning the history of another part of the world is immense. 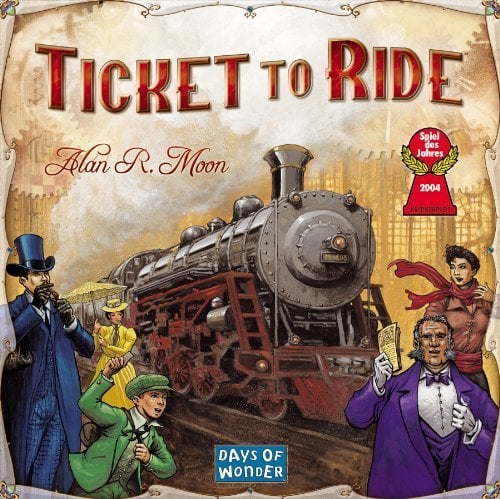 Ticket to Ride asks players to connecting different points across a map by building long, winding train lines. The winner of multiple game design awards, Ticket to Ride is on the longer side of gameplay with an average time of one to two hours, but the payoff is worth it! Players choose which color trains they want to use and take turns strategically placing their colors on the board. Points are scored by connecting cities on destination tickets that players draw at the beginning of the game or by making the longest train line possible. Be careful to plan out your route, though, because there’s nothing worse than trying to build a railroad only to be blocked by another set of tracks!

The ultimate Monopoly game, The Mega Edition includes a bigger board with 12 new spaces! Some are more properties and there’s another utility in the gas company, but others are completely new ideas! If a player lands on the new Auction space, that player decides which available property on the board will be auctioned off to players. There’s even a Birthday Gift space where players have the option to receive $100 or draw a new Bus Ticket card. This new card allows players to move anywhere on the side of the board they’re placed. Also, there’s an extra die! The speed die can allow players to move to an unowned space or sometimes force them to move to the most expensive property on the board and pay the price to stay! If you’re a Monopoly freak, The Mega Edition should provide more challenge and interest with the old, familiar look and feel of the original.

Have a Monopoly game or variation that you love? Let us know your favorites in the comments below!

Lee is a school technology specialist and former classroom English teacher. He has taught in Tennessee, Virginia, and Georgia in rural and urban settings, and he has found the one thing in common with all classrooms is that kids are kids. They learn when they are engaged, challenged, and motivated.