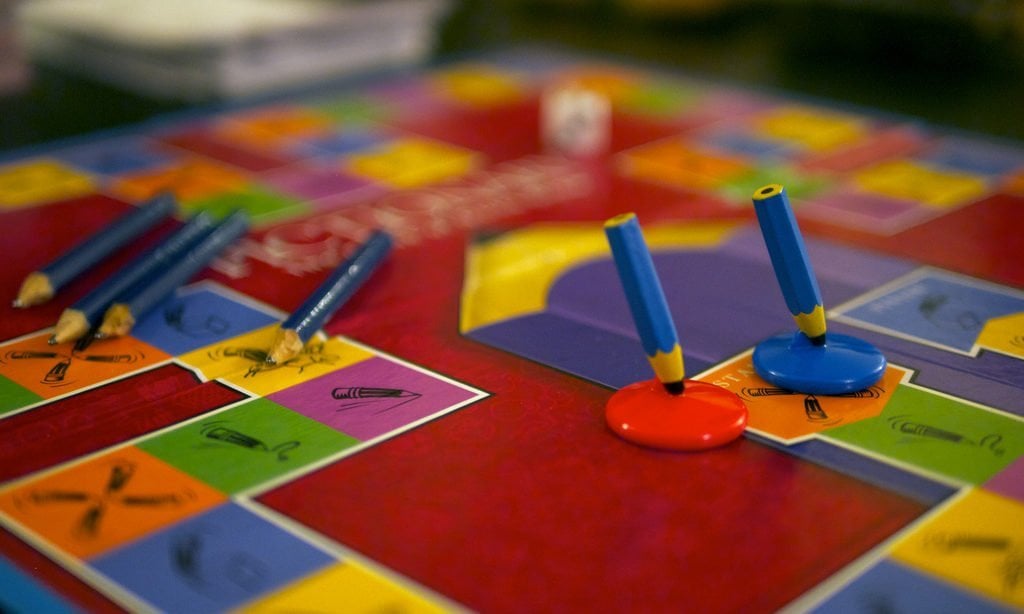 Pictionary is fun for everyone—whether you’re the next van Gogh or a simple stick-figure artist. A charades-inspired game, Pictionary combines drawing, guessing and teamwork in a race against the clock. Since it’s debut in 1985, Pictionary has inspired a number of spin-offs, from Pictionary-brand varieties to other drawing, doodling and sculpting games with a similar structure. Check out our list below for endless hours of competitive, creative fun!

9 Pictionary Games & Spin-offs for Artists…and Everyone Else! 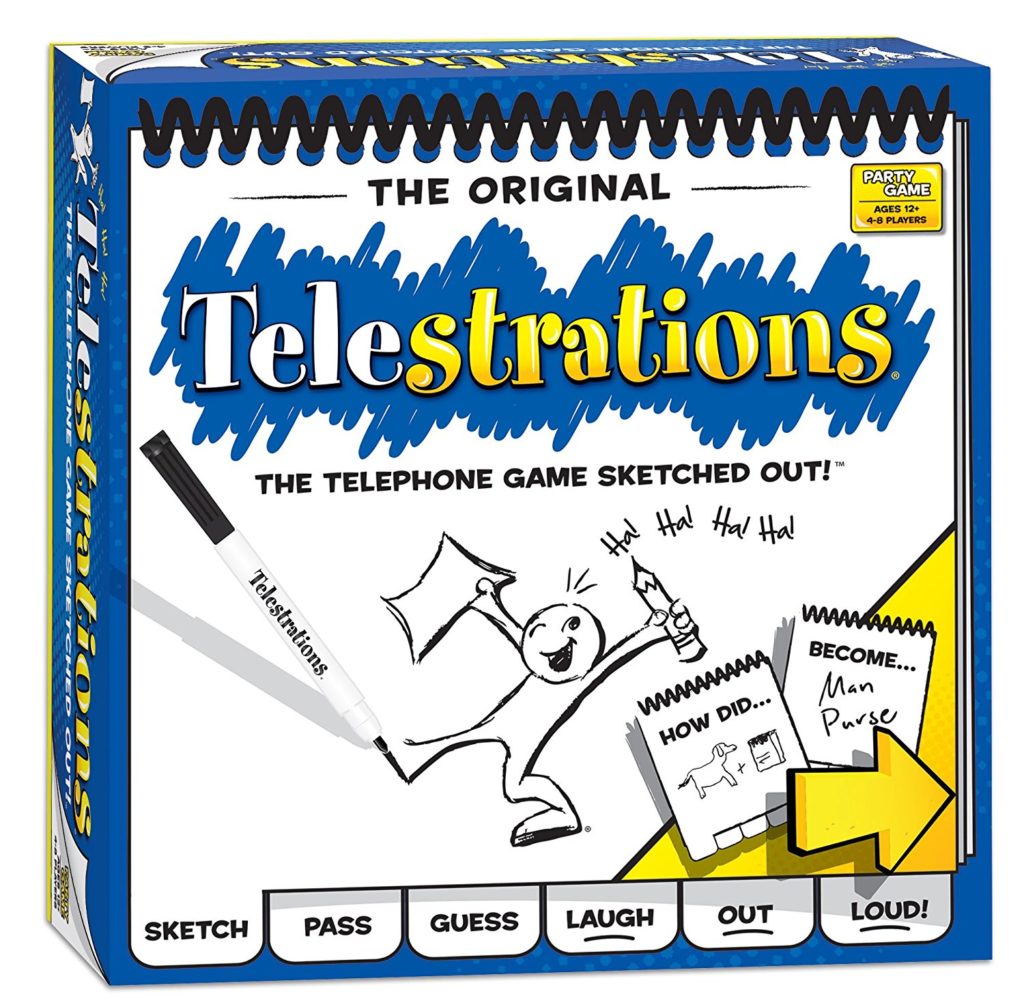 Telestrations is “the telephone game sketched out.” This multi-award-winning party game starts with a roll of the die, and players finding out their secret word. Each player draws their word in their sketchpad, then passes it to their left. Now everyone writes what they see and passes the book again. This round, it’s back to drawing, with players illustrating what’s written in the sketchpad. Around and around it goes, until the sketchpads return to their original artists. Talk about lost in translation…you may not believe how your first drawing has been outrageously transformed! You can play this game with as little as four people, but it’s even more fun with a crowd. Buy the 6- or 12-person versions for family and party sized fun. 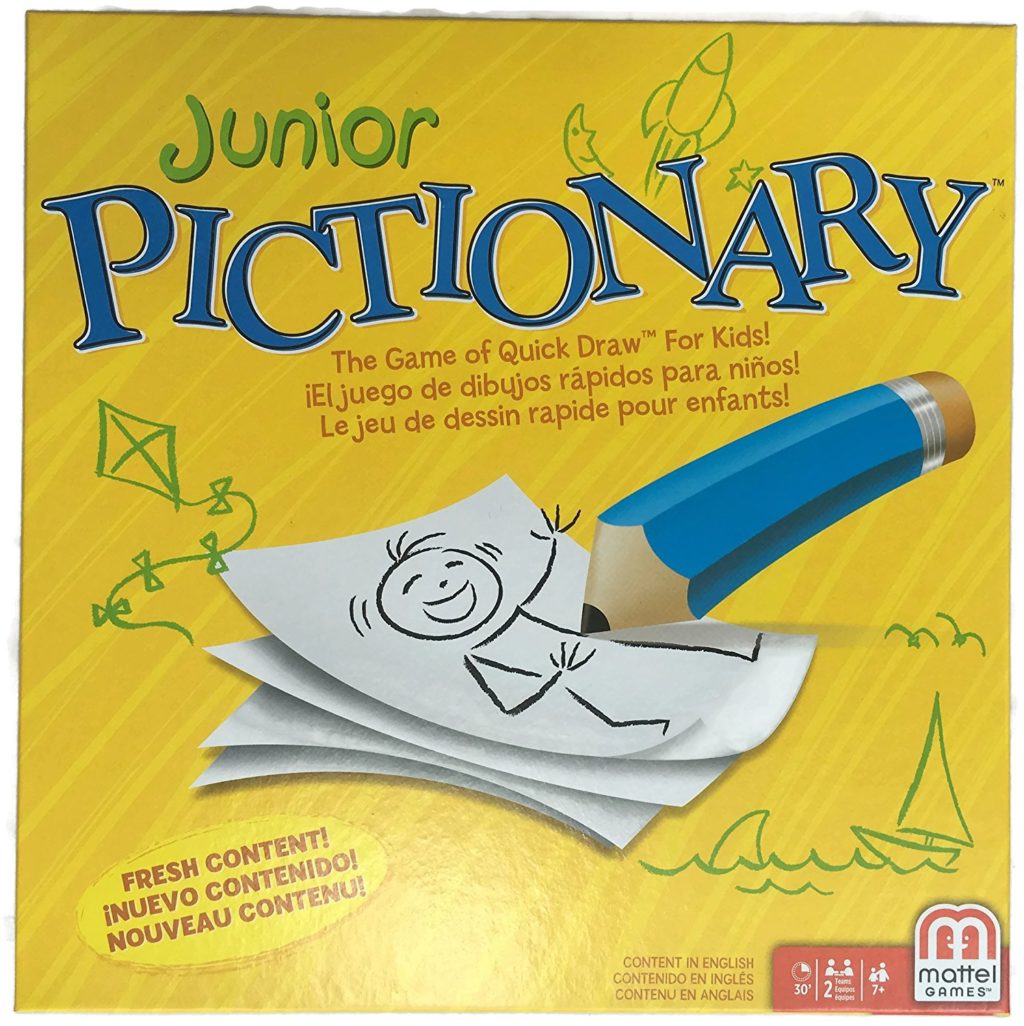 Junior Pictionary redefines the classic drawing game for kids. The game includes 1200 age-appropriate drawing prompts categorized into beginner and advanced levels. Junior also brings a QuickDraw twist to the original game, with a 60-second time challenge for each round. If you’re looking for a fast-paced creative challenge for kids, then look no further than Junior Pictionary! 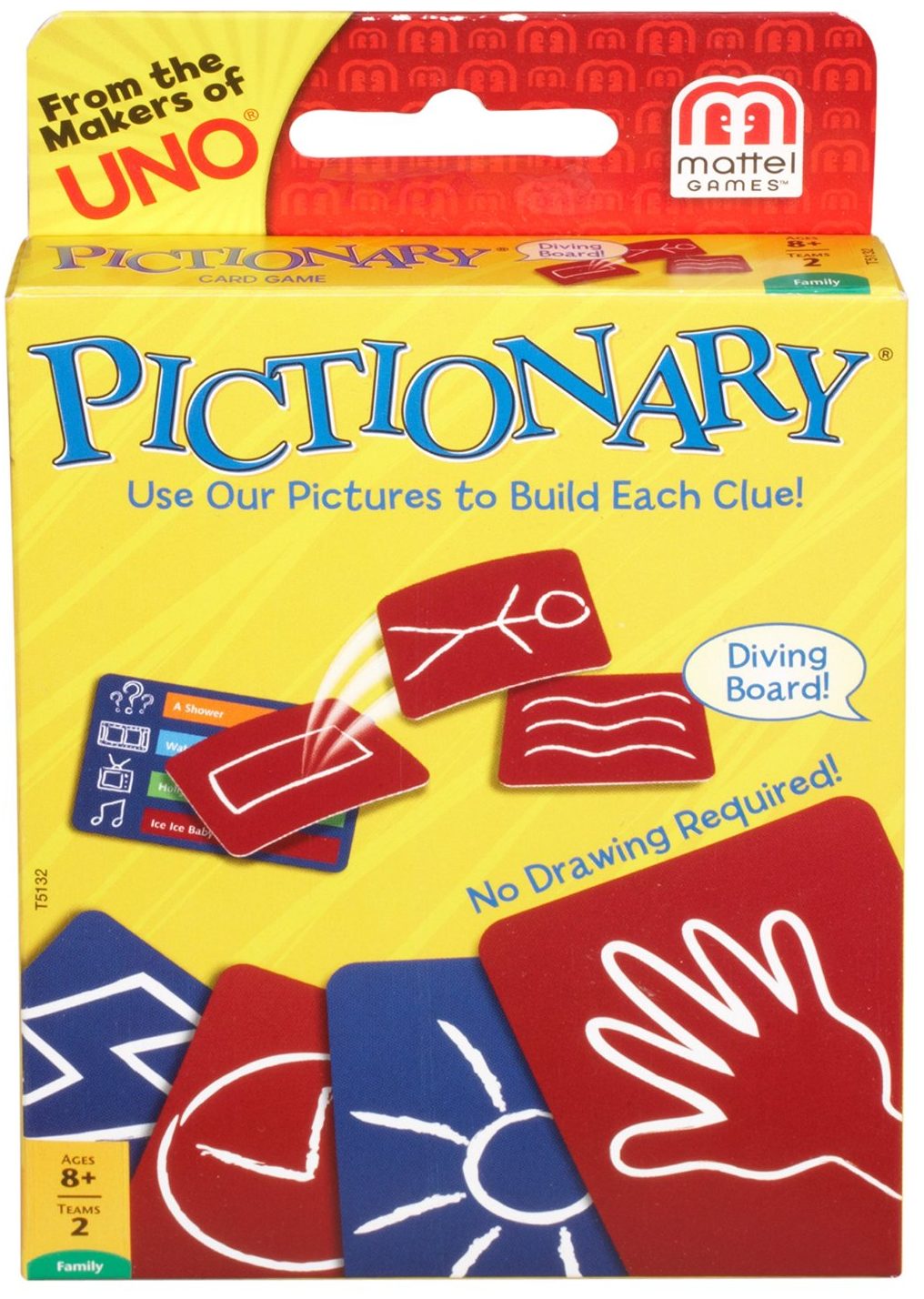 Take Pictionary on the go with the Pictionary Card Game! If you think this “no drawing required” version is light on the creativity—think again. Players must use their imaginations to create an image with pre-drawn symbol cards, or use them as props to act out clues and help their team guess the answer. With over 50 symbol cards, the combinations are endless, and the pressure is off of those artistically challenged teammates. 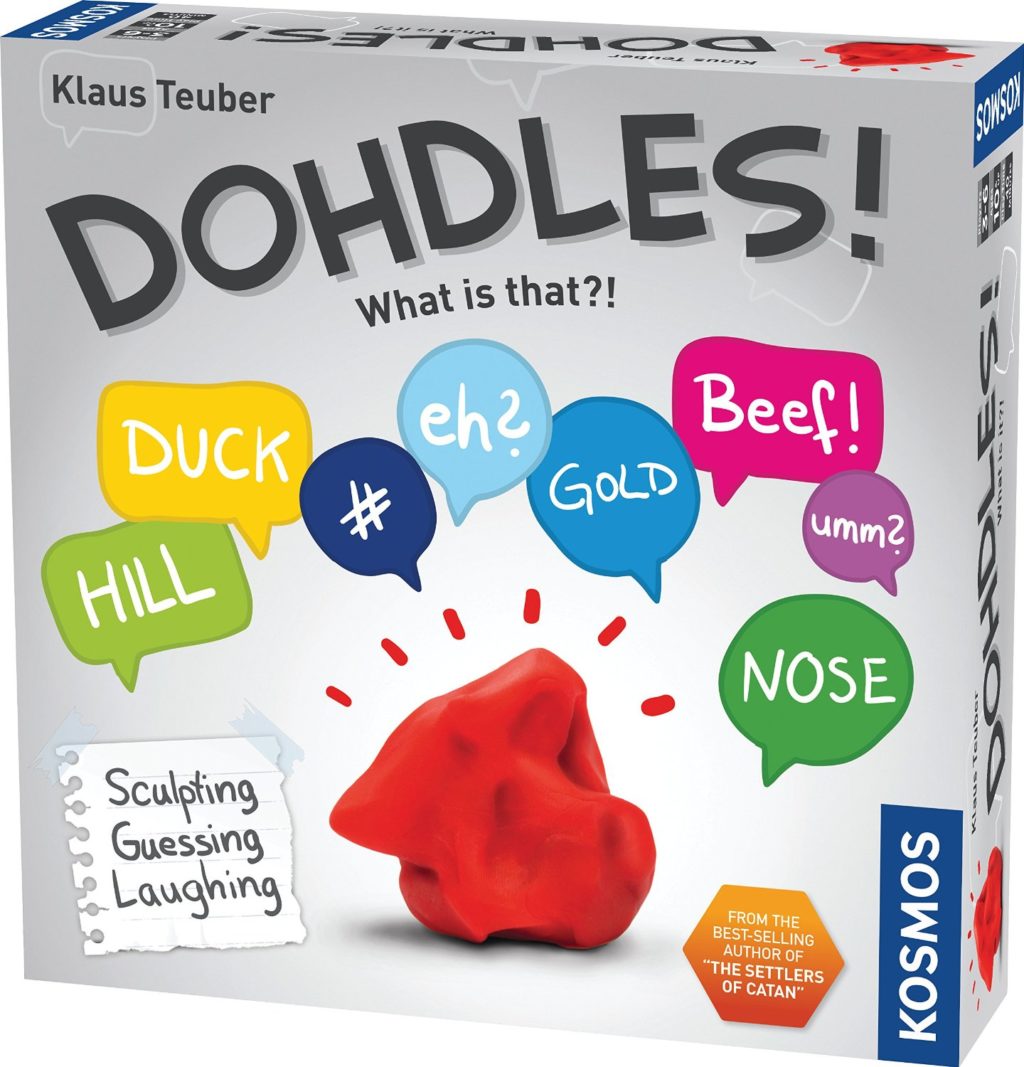 Dohdles! is the simple game of sculpting, guessing and laughing, brought to you by Klaus Teuber, designer of renowned strategy game Settlers of Catan. The trick to Dohdles! is being vague—but not too vague. Every player picks an object or living thing, then sculpts an approximation: not too easily identifiable, but not impossible for others to guess. Players take turns in four rounds either guessing or asking clue questions about each other’s Dohdles. Score points by correctly identifying other Dohdles, or by having a Dohdle that wasn’t readily identified during gameplay. This special clay that doesn’t dry out means you can keep on sculpting for years! 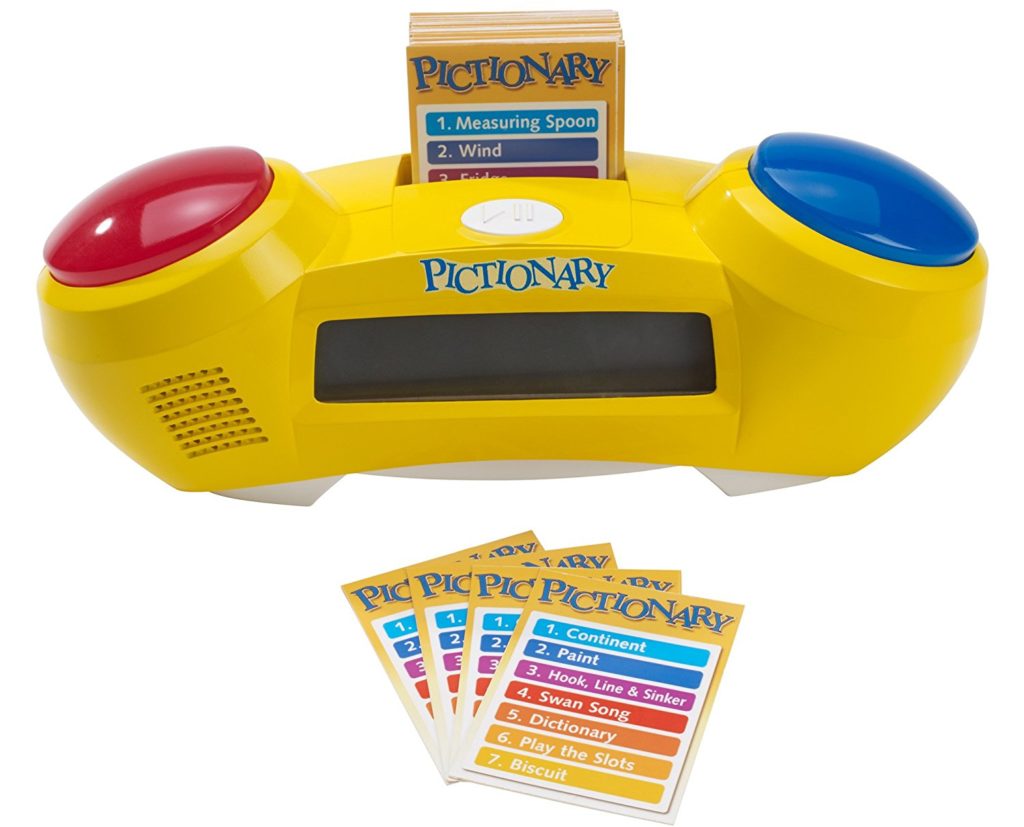 Showdown makes Pictionary even more competitive and exciting with a speed challenge. Players divide into two teams, and take turns guessing what the team artist is drawing before the timer buzzes. With flashing lights and sounds, Showdown brings a tech-element to the classic drawing game, and “rewards imperfection with unexpectedly hilarious moments!” 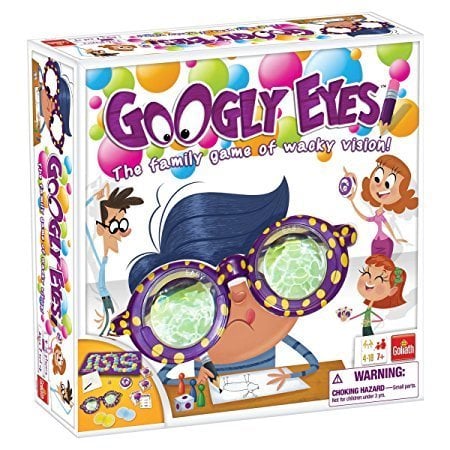 Googly Eyes levels the playing field when it comes to players’ artistic ability. Players take turns drawing for their team and moving around the board, but there’s a catch! The artist must wear a pair of vision-altering glasses, with lenses that range from mildly modifying to “mind-blowing fun.” Become too disoriented and your team won’t know if you’re drawing a sock or a snake—but hopefully they can figure it out before the timer runs out! 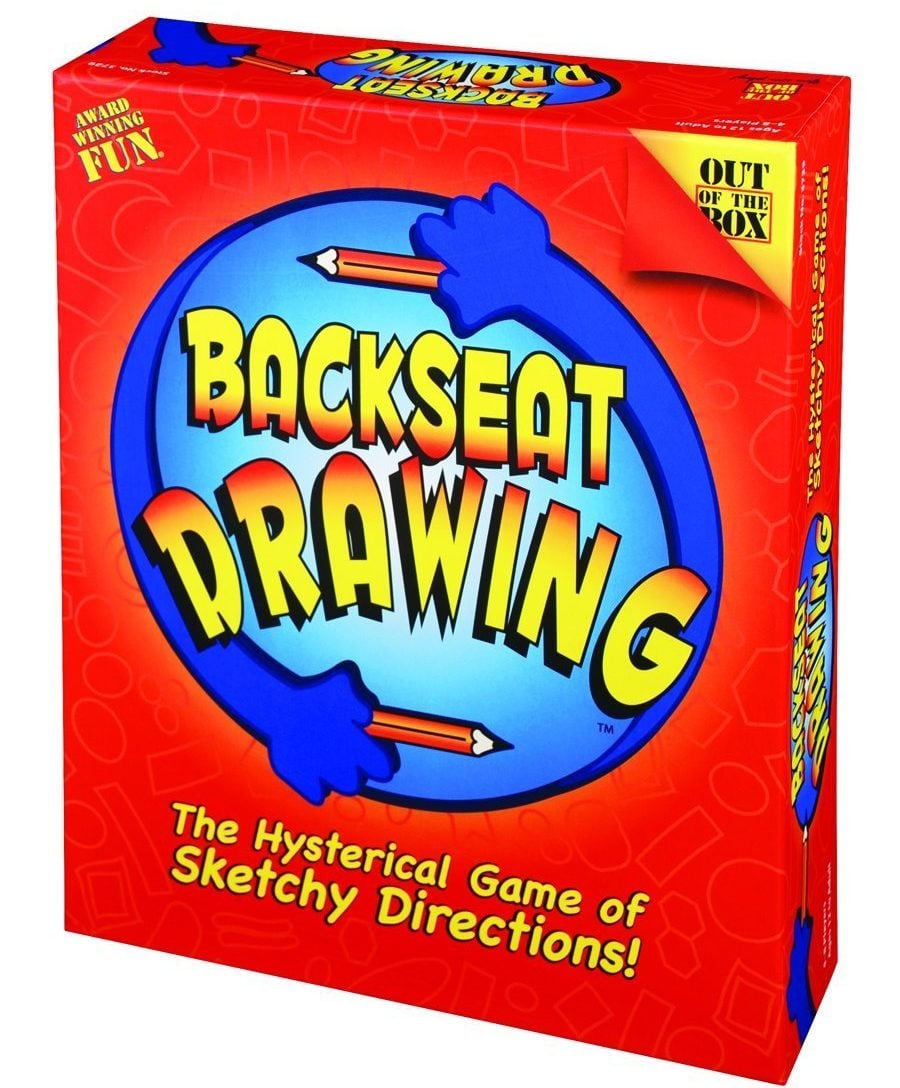 Backseat Drawing is the “hysterical game of sketchy directions!” Like Pictionary, players take turns acting as their team’s artist. This is where the fun comes in! In Backseat Drawing, the artist has no idea what the clue is and instead must rely on another player to direct their drawing. The director can only use shapes, directions, sizes and locations to instruct the artist, so as not to verbally give away the clue to the rest of their team. Backseat Drawing builds teamwork, improves communication skills…and makes for some pretty silly drawings. 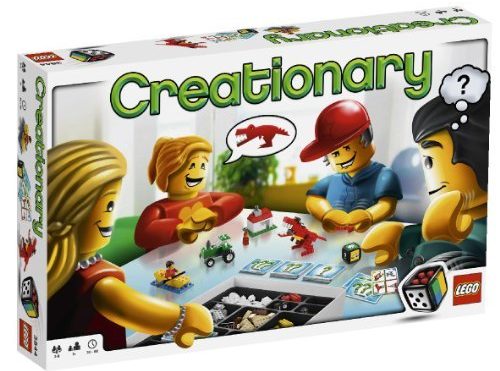 Creationary combines Pictionary and Lego for building and guessing fun! Players take turns rolling the die to see what category they’ll be building in: vehicles, buildings, nature or objects. Then they select either an easy, medium or hard challenge card and start to build. Other players must guess what the builder is creating to advance. Fans of the game call it a “great gift for Lego lovers!” 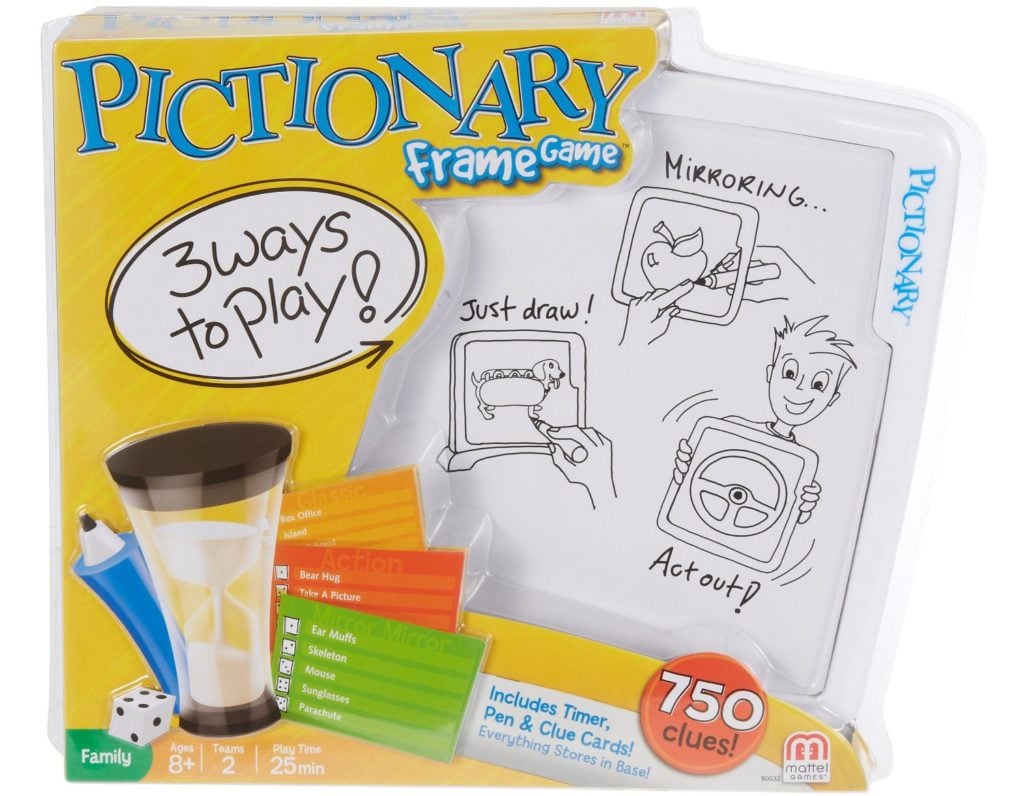 Frame Game expands Pictionary fun with three new charades-inspired ways to play: mirror, action, or classic drawing. The game comes with a transparent drawing board, perfect for the Mirror Mirror round, while the teammate who has seen the clue traces with their finger on the board, another teammate must follow along on the other side with the marker and hope the drawing comes out right! In the Action round, one player uses the screen as a prop to act out the clue. And for the Classic round, you guessed it, one player pulls a clue and draws it while their teammates guess the answer. Fans describe the game as a fresh take on the original, and easier-to-see, thanks to the redesigned drawing frame.

Let us know if you have played any of these games or have any other exciting alternatives to the original Pictionary!

Sarah Schnurr is a freelance writer and teacher with a background in art and hands-on STEM education. She writes articles on Pre-K through college topics: from finger-paints to financial aid, and everything in between.