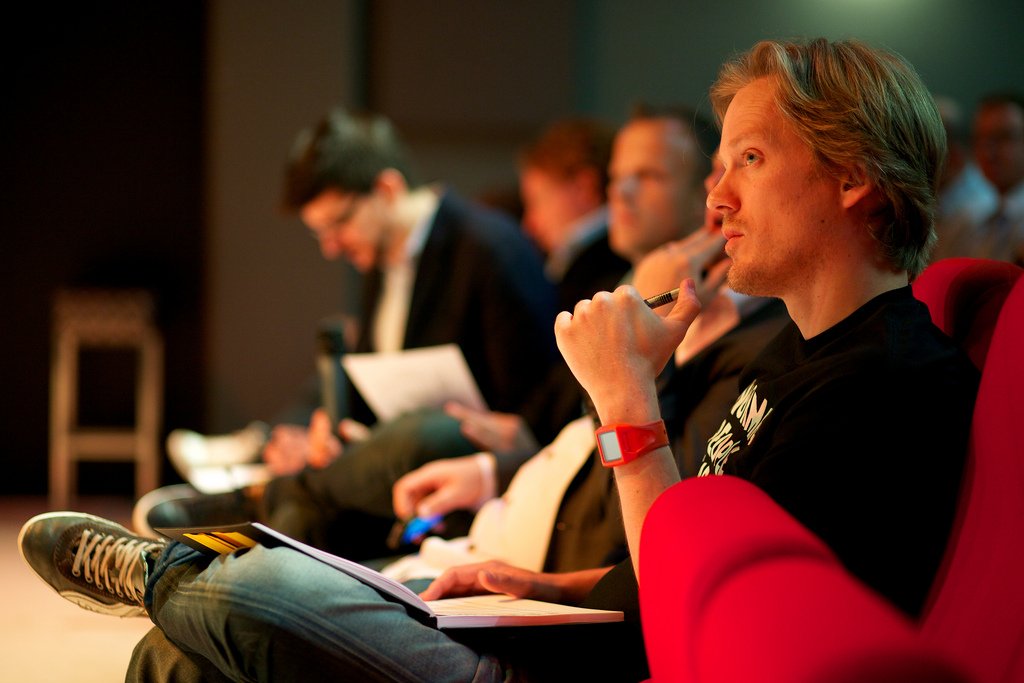 I teach mostly college writing classes, with a few literature classes thrown in from time to time, and flipping them is rather easy. All of the readings, lectures, and exercises are listed on a class wiki along with an assessment (I’m currently using Google Sites for the wiki and Google Forms for the assessment, but other tools will work). The weekly assessment monitors what the students have learned and not learned from their readings and lectures, and the assessments must be completed prior to class to earn points for the students and to give me cues about what to do in the upcoming classes. And this is where the real magic happens: in the class. We hold discussions and play games about the outside readings and lectures, and we write, evaluate, and rewrite documents (all documents are written and read online using Google Docs/Drive, so we don’t do papers).

In short, I don’t do anything technologically that any other teacher couldn’t do. If you can setup a Facebook account, then you have the technical know-how to flip your classroom. And anyway, as I’ve said before, the technical stuff is really the least part of flipping a class. The major part is turning the classroom into an exciting, engaging, and active space for learning. Students do not go to sleep in my classes. They are too busy doing stuff.

If you can setup a Facebook account, then you have the technical know-how to flip your classroom.

An active classroom is far more enjoyable than a lecture, and I have the numbers to prove it. For the past two years, from Winter Quarter 2012 through Winter Quarter 2014, I’ve collected feedback from my students at my current college about what they liked and what they didn’t like about my classes. I have tried a number of techniques, including the flipped class, blogging, online writing, and others, and each term, I ask my students to tell me (anonymously) if I should:

I also ask them to explain why they give the response that they do. I have a higher than 90% response rate, so most of my students participate.

I did not, however, start with numbers this high. I’ve looked at the responses by term, and as the following charts show, my first year using the flipped class technique at my current college was not as successful, though my numbers were still high. Though I never had more than 3 students in any term recommend dropping the flipped class, in the second year, I had two terms in which no students suggested dropping the technique. When I aggregate the data by year, then I see that 62.5% of Drop responses came in the first year, almost double that of the second year.

The numbers are even more telling for those students who want to keep the flipped class but with changes. As you can see, 81% of the Change responses came in the first year. 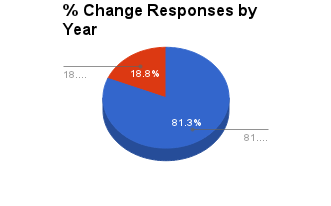 This suggests a couple of things to me. First, implementing the flipped classroom strategy is a multi-year process—at least, it was for me. In other words, it isn’t a trivial task. While the technology is not difficult to master, reorganizing the way you teach takes thought, trial, time, and effort. I made many mistakes, even though I had used the flipped classroom approach before I joined my current college. I had to tweak it to meet the needs of my current students.

Then, I benefitted from listening to my students. I started collecting this student feedback almost by accident, but I’m glad now that I did it. The students were quite clear about what did not work for them, and basically, they told me what to change. I was clear-headed enough to take their advice and fix what was broken or limping.

The biggest issues that my students had with the flipped class was a perceived lack of balance and coordination between the in-class activities (the local practice of content) and the online, outside readings and lectures (the remote delivery of content). I think this confusion resulted from two distinct causes:

I could, however, change how well I connected the work done outside of class to the work done inside class. I attribute my early failures at this clear articulation as evidence of my own lack of experience with the flipped class. I forgot that what was clear in my mind is seldom clear in my students’ minds. For instance, if the preparatory online lectures and outside readings are focussed on developing a strong thesis statement in academic documents, then I must use every opportunity in class to emphasize and echo the thesis meme. Most students do not necessarily make the connection between the concepts they cover outside of class with the work that they do inside class. I had to get better at making those connections explicit and clear.

One of the first changes I made was to incorporate the weekly assessment into the class discussion. I display the assessment on the screen, along with the charts and graphs that Google generates, and we discuss their answers. I try to draw the implications for the work that we will do in class and make the connections for them. 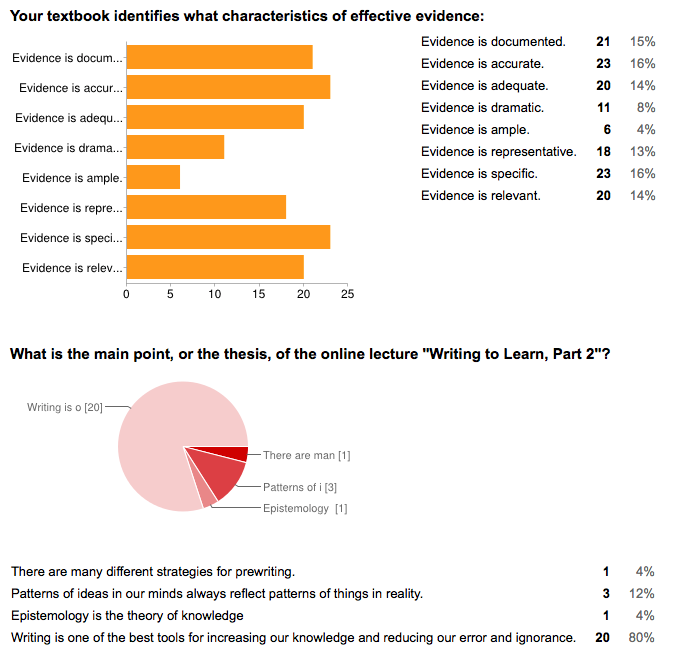 I also ask the students to write blog posts about the topic of the week, which gives them a chance to use writing as a tool for learning, a key instructional and pedagogical strategy in my flipped classes. We do lots of writing, evaluation, and rewriting in class, and I incorporate the outside lectures and readings into topics for their blog posts. This makes them conscious of the connections between their outside work and in-class work.

Then, I often ask them to write a formal research document about the flipped classroom technique in the college classroom, specifically asking them to connect this technique to another of their classes. I want them to draw intellectual connections between what they are doing in my class with what they are not doing but could be doing in another class. This exercise seems to clarify in their minds many of the issues presented by their first exposure to a flipped classroom.

I think I’m getting much better at making connections for my students; however, the clear articulation between the remote instruction and local practice is not a finished process. Rather, it is something that I must work hard at every week, and there are always weeks when I lapse. I must continue to develop new strategies that help my students (and me) clarify the connections between outside and inside the class. There should be a true circular causality here, a feedback loop, by which the outside content informs and modifies inside practice which feeds back to inform and enrich the outside content. This loop is short-circuited when students don’t see the connections between what happens outside and inside the class.

You might ask the obvious questions you would ask about any instructional strategy: but does it work? Unfortunately, I don’t have numbers that address this question. For instance, I did not do any lecture-style control groups to compare with the flipped groups, but here’s what I can say: my college is oriented to the professions (medical, legal, etc.), and none of my students are writing majors. Most of them, then, see writing and literature courses as necessary hoops to endure and jump through on their way to becoming a nurse or legal assistant. Helping them shift from an indifferent or even negative attitude about a writing class to a positive attitude is a triumph. I believe that my students leave my classes better prepared to write than students who learned in my old-style classes.

But the most telling argument might be for me: I’m enjoying my classes as never before. The active, flipped classroom has re-invigorated my enthusiasm for teaching writing, and that may be what helps my students the most. I know it helps me.