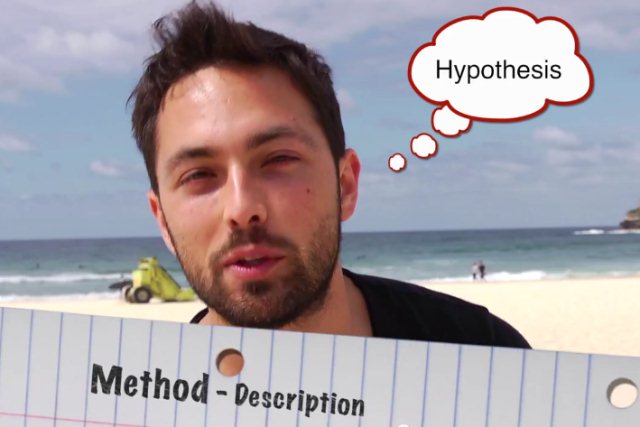 Before I go any further in this article, I have got to confess that I have just come off a four hour Derek Muller bender. After stumbling across one video on “Koala Encounters”, I watched another on “Atomic Theory” and have just kept on going. Four hours of science videos later, I am wiping the tears of laughter from my eyes and have probably increased my scientific knowledge tenfold.

With an engaging balance of education and fun, Derek Muller is the Australian born, Canadian grown, director and star of the science video blog, Veritasium. Having studied Engineering Physics at Queen’s University in Canada and gaining a PhD in Physics Education Research at the University of Sydney, Derek is the perfect teacher when it comes to making physics fun.

Five Science Videos To Get You Started

Not only very interesting, Derek uses inline links within the YouTube video to engage viewers. This type of engagement encourages students to think through the science themselves and come up with their own hypothesis. By clicking the link to your decision, Derek explains the science behind whether you were right or wrong.

A great example of the fun put into Derek’s videos, this light-hearted cover of Jason Mraz’s I’m Yours never made learning chemistry sound so chilled out. Some lovely views of the Sydney coastline are also a bonus in this one.

As well as explaining the science, Derek has a number of videos focused on experiments to demonstrate certain physics laws. In this particular video, Derek is joined by a University of Sydney colleague, Dr Phil to explain the impressive force of air pressure.

Where Do Trees Come From?

An example of Derek’s approach to learning, he starts with gathering the public’s misconceptions and assumptions about science. From here he works to explain these misconceptions and build the viewers knowledge through the video.

Why Do You Make People Look Stupid?

An extremely funny clip, this video is one of my favorites from my Derek Muller marathon. In a conversation with himself, Derek explains his approach to learning through video. This one is a must watch for both the amusement and the explanation of the learning process.

Derek now appears on a number of Australian television shows explaining physics and imparting his unique style of teaching onto eager learners. Whether you choose to watch these videos for your own amusement and learning, or decide to share these with your class, I think you will agree, there is no better learning catalyst than humor.

Are you familiar with Derek and his brilliant collection of science videos? Do you find video is an effective medium for teaching science in your class?