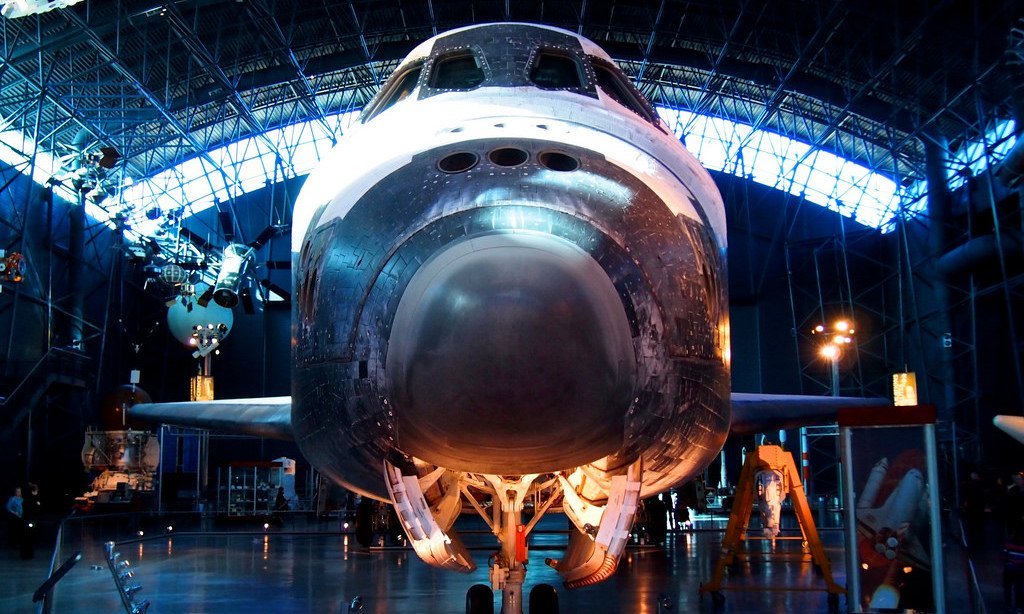 Space: The Final Frontier. It is an iconic phrase from the Star Trek movies; one that still resonates today. If your kids love learning about Space, then it’s time to blast off!

Kids love Space. NASA space shuttles have been travelling into Space since 1981 and many generations of children have watched the progress of each Space Shuttle mission. Over the years, more than 350 people have made the journey into Space, and with no sign of the Space Shuttle program ending, it is likely many more astronauts and scientists will follow in their footsteps.

A space shuttle toy is also essential for imaginative role-play games and if your child dreams of becoming an astronaut, a Space Shuttle toy is a great place to start. Your child can take his replica Space Shuttle and create his very own Space Program with his bedroom as Mission Control. Children are highly imaginative creatures and with the lights turned down low, it won’t be hard for them to recreate deep space in their room.

Looking for a serious space shuttle toy?  Here is our pick of 11 of the best. 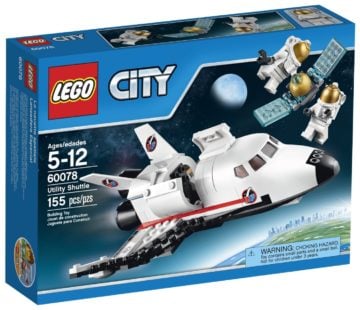 The LEGO City Space Port 60078 utility shuttle building kit comes with two astronaut mini figures, a utility shuttle complete with opening cargo bay doors and satellite, and a wrench element. The Shuttle’s cargo doors open and the solar wings unfold. Kids can launch their satellite into Space or take their astronauts on an exciting Spacewalk. What fun!

The DieCast 5” Space Shuttle is a pull-back toy. It comes with authentic United States and NASA decals. To send this Space Shuttle into orbit, your child needs to pull it back and watch it fly across the room. This a sturdy and very affordable toy made from die-cast metal, so it will survive any number of take-offs and landings. 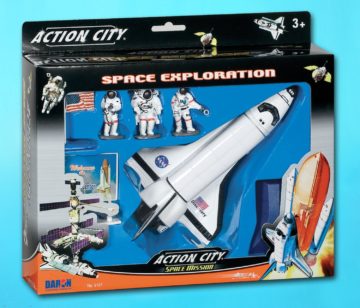 The Daron Space Shuttle toy set comes with a large Space Shuttle toy, a Shuttle stand, three intrepid astronauts and a Kennedy Space Center sign so your child can recreate launch day. It’s the perfect toy for imaginative play and kids aged 3 years and above will have hours of fun playing with this fun Space Shuttle play set. 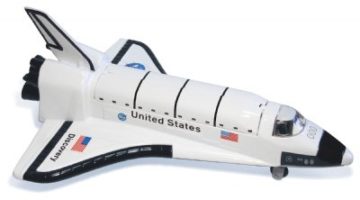 A larger Space Shuttle toy such as this Rhode Island novelty diecast Space Shuttle is sure to be popular with kids of all ages. This Space Shuttle is 8” long and has a pull-back mechanism. The payload doors can be opened and closed. It is a toy that will last for many happy years. 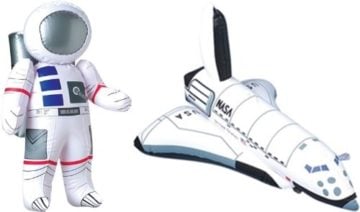 This two-piece inflatable astronaut and Space Shuttle set from Happy Deals is ideal for pool play. The astronaut is 23” long and the Space Shuttle is 17” long. Each toy is made from super tough vinyl and can be blown up like a beach ball. Use them in the pool, or as a party decoration. They are ideal for kids of all ages.

If your child loves Space Shuttles so much that he can’t bear to be parted from his toy, a plush stuffed Space Shuttle toy is an excellent choice for younger kids. The toy is 14” long with lots of impressive detailing. It is soft and cuddly with floppy wings and a soft tail. Your child can sleep with his Space Shuttle and it won’t hurt him. 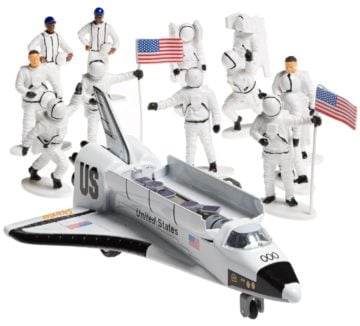 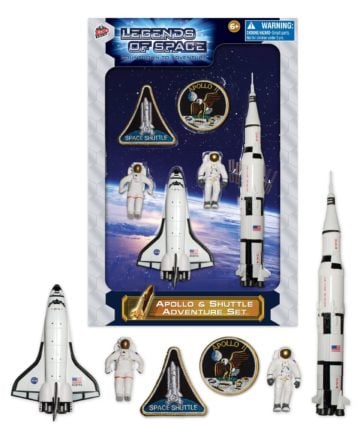 The Apollo Missions Shuttle Adventure Set from Echo Toys commemorates Space missions that took place between 1967 and 2011. The set includes astronaut figures, the Saturn V and Shuttle Orbiter, patches and rockets. This is a NASA approved collectibles set, so the quality is superior to many other Space Shuttle toy sets. Kids can play with them, or put them on display. 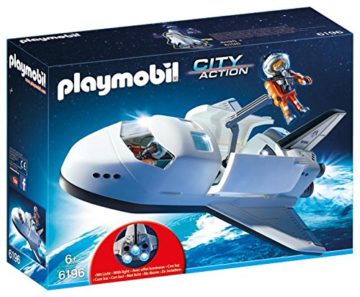 The PLAYMOBIL Space Shuttle building kit includes two astronauts, a Space Shuttle, laser cannon with lasers, and an astronaut space harness. The Space Shuttle has fully-functioning lights. The astronauts can pull on a Space harness and go on an exploratory Spacewalk. Any child will have hours of fun to look forward to with this super cool PLAYMOBIL set, which can be mixed and matched with other PLAYMOBIL sets. 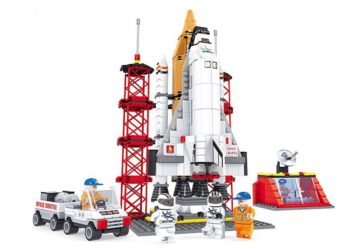 The Ausini F25806 Space Shuttle launching base DIY construction brick toy set is great for kids with a passion for construction and Space. The set promotes the development of hand-eye coordination and fine motor skills. Children can follow the instructions included in the set to make a Space Shuttle, or have a go at free-style creating and build any other design of their choosing. The set uses a unique 3-D connection system and the bricks and made from non-toxic ABS plastic. 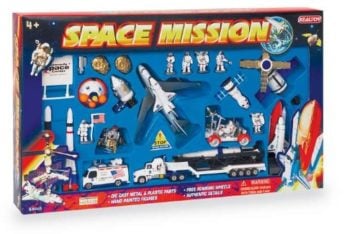 The Space Shuttle with Kennedy Space Centre Sign 28-Piece Set is a comprehensive play set for kids who love Space Shuttles. The set includes a Boeing 747 and Space Shuttle toy, a separate Space Shuttle on a launch pad, with boosters, the Apollo CSM and a SkyLab with moveable solar panels. There are also astronauts and other Space-themed accessories. Each item is made out of diecast metal and is to scale. The pieces are small, but they contain lots of detail and are ideal for imaginative play sessions.

This is just a small selection of the available Space Shuttle toy sets for kids. Let us know which toy your kids love playing with the best.

Laura is a freelance writer and a blogger. Regularly called a 'tech geek' by family and friends, she is the go-to girl for anything new happening in the industry.