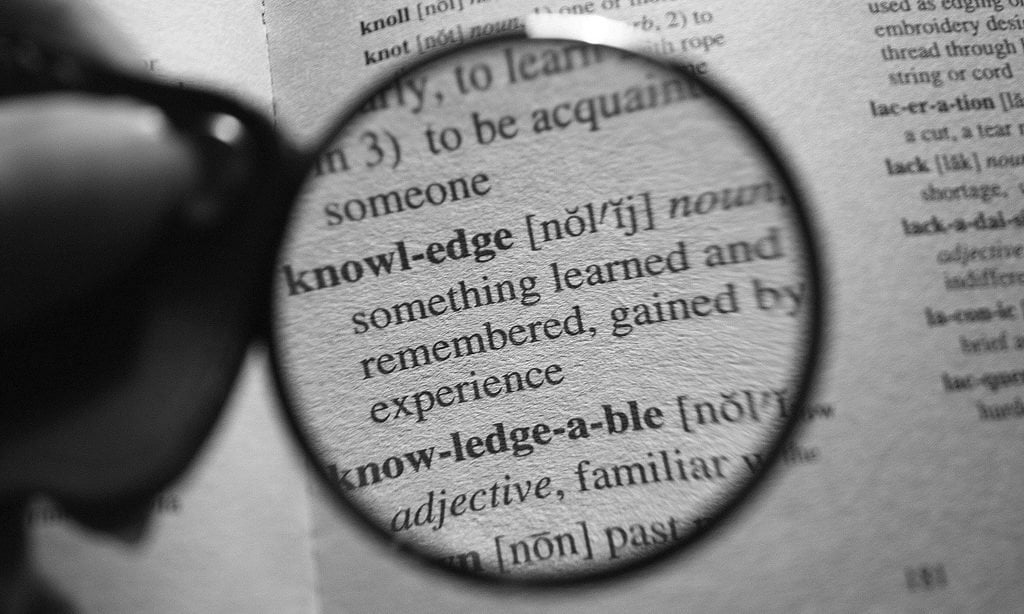 When I began my career as a teacher, we were expected to address the cognitive and affective domains for teaching and learning in the design and communication of learning goals. As such, we were responsible for crafting and delivering lessons that taught and challenged students intellectually–the cognitive domain—as well as addressing how students felt about the experience of learning—the affective domain. In facilitating the class of students, we were charged to engage the uninterested, soothe the nervous, temper the overly-excited, and calm the fearful—all for the purpose of deeper, richer, and more effective learning.

Within the scope of the cognitive domain, teachers were typically taught about Bloom’s Taxonomy, a classification of learning behaviors associated with learning goals first developed in 1956. In Bloom’s Taxonomy, the hierarchy of performance builds upon knowledge to extend the learning objective beyond recall into comprehension, application, analysis, synthesis, and evaluation. Over the years, Bloom’s Taxonomy has been revisited and in 2001, a revised A Taxonomy for Teaching, Learning, and Assessment (Anderson) was published. The revised work turns Bloom’s classifying nouns into verbs and gerunds to show the dynamic and interconnected functions of teaching, learning, and assessment.

But what about this DoK interloper? It seems that yesterday’s talk of the town–Bloom’s—has lost top billing to Webb’s Depth of Knowledge a.k.a., DoK. Unlike Bloom’s Taxonomy which classifies instructional objectives with cognitive behaviors, Webb’s DoK aligns student performance tasks with cognitive rigor, the depth of intellectual involvement. In reality, Bloom’s and Webb’s structures do not work in opposition nor are they necessarily independent. Frankly, they work best when paired. The teacher’s goal in applying DoK to student tasks is to both ensure and support actual engagement of higher-order thinking skills as students work through tasks.

Let’s look more deeply at Webb’s Depth of Knowledge. Within the DoK structure are four levels: Level 1: Recall and Reproduction; Level 2: Skills and Concepts; Level 3: Short-term Strategic Thinking; and Level 4: Extended Thinking. Ultimately, the distinction between each “level” is not the difficulty of the task but the task complexity—the increasing levels of intellectual activity or cognitive involvement the task requires. Level 1 is defined by remembering and using accepted/taught conventions; Level 2 requires multiple steps with more individualized thinking and decision making in the application process; Level 3 depends on an increasingly abstract thought—formulating, justifying, and designing; Level 4 involves time and integration of resources.

So what is the difference between difficulty and complexity? Let me offer an example. Writing a sentence using the rarely seen word “antidisestablishmentarianism” may be harder than coming up with a sentence for the more commonplace word “congruent” but the cognitive intensity, the cognitive skills for either situation are similar requiring merely basic recall and reproduction. The level of familiarity with a word may make the task easier or harder, but putting a word in a sentence demands identical cognitive skill. Likewise, solving an algebraic equation may be harder than adding two digit numbers but the cognitive skills are the same. In both cases, the ELA and the math examples, the DoK is Level 1, recall and reproduction of disciplinary conventions. Ideally, students should most often be working at levels two and three and frequently at level four. What does that mean in relation to an instructional objective and an associated student task?

Let’s look at a Common Core Language Standard 6, a standard remaining relatively constant across grades 3-12: “Acquire and use accurately general academic and domain-specific words and phrases” and one with relevance as a cross-disciplinary skill. In the old days of teaching, I would write teaching objectives indicating goals based on Bloom’s taxonomy, e.g., “Students will know a definition for the terms X, Y, and Z and analyze the effects of various affixes (prefix, suffix) associated with those words to determine word meaning in novel situations across disciplines.” As written, the first part of this objective is grounded in Bloom’s knowledge or remembering level; determining meaning based on affixes and context pushes the latter part of the objective into levels of understanding and applying and analyzing. In order to determine whether the student achieves the objective, the teacher must design (or find) a task aligned to the goal. To that end, the teacher finds variants of X, Y, and Z used in various disciplines with various affixes among various contexts.

To measure DoK level, we must consider what thought processes the task requires. Remember, DoK is about the relationship between the goal and the task or the standard and the assessment not merely about the objective. To know a definition is merely Level 1. To analyze the effect/s of prefixes and suffixes on words is merely recall and reproduction, again Level 1. The only way to move a task associated with this objective from Level 1 to Level 2 is in the novel situation, a situation using a form of the original word in such a unique way the learner is compelled to interpret the disciplinary application and derive a meaning different from originally learned/recalled.

Note that I used the word analyze in the objective (placing the objective on Bloom’s third level), but I indicated that analysis can be a Level 1 DoK activity. Yes—if analysis is merely about breaking something down for parts that are guided by rules, the application is merely recall and reproduction. The result of this thinking? As educators, we have presented activities for students thinking we are having them analyze and apply when in reality, they are merely recalling and reproducing the knowledge in their heads.

Let me share another example: we often provide students with charts, maps, and/or graphs as assessment pieces or tasks to analyze. But if the analysis is merely a recapitulation of what they have learned, the level of the task is of the lowest level. Asking students questions about the water cycle, or the rock cycle, or to retrieve information from a timeline or chart is DoK Level 1. On the other hand, to provide them with multiple resources and ask them to construct a new representation that reflects the information from both sources, then we have moved the cognitive level up a notch. And if we push even further and have students identify and explain emerging patterns or interpret the data, we are pushing their thinking into Level 3.

This combination of Bloom’s taxonomy and Webb’s DoK results in achieving “cognitive rigor”, a term coined by Dr. Karin Hess. Dr. Hess has designed a series of disciplinary matrices clearly matching relationships between Bloom’s and DoK. These matrices, used not only by state departments but also by test-design organizations in measuring the quality of curriculum design, are all available on her website at no cost.

The point here is that Bloom’s Taxonomy and Webb’s Depth of Knowledge are not competing for educators’ attention. Rather, they are tools that used hand-in-hand can inform, guide, and build opportunities for learning deeply and communicating fully the richness and breadth of understanding.

Dr. Conrad-Curry is a veteran high school and middle school teacher. Since 2006, she has worked as an independent consultant and blogger through her company, Partner in Education. Among her passions are student-centered classrooms and effective Common Core implementation. She also works with EdReports, Achieve, Inc., Illinois Regional Offices of Education, and the California Department of Education.