Spiderman is a fantastic role model for kids. Sensitive, caring, chivalrous, and brave, he stands in contrast to darker or brasher superheroes like Wolverine and Iron Man. Plus, he’s got the coolest costume and superpowers! If your little one is a fan of the web-slinging wall-crawler, why not use this passion as a gateway to some great games?

These seven Spiderman games are sure to get your Spidey Senses tingling! 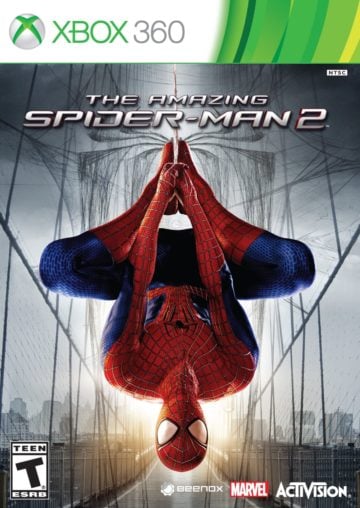 New York has been caught up in a web of crime – and only you can save it! With an all-star team of supervillains to contend with, it’s time for you to don the costume and swing into action. The Amazing Spiderman 2 is the latest and greatest video game in the Spiderman universe. With its improved web-slinging and combat systems, deep storyline, and varied gameplay, this challenging game will entertain and test your wits for hours on end. Explore Manhattan freely, fight crime, and face off with the Green Goblin, Kingpin, and co. A must for any Spidey super-fan! 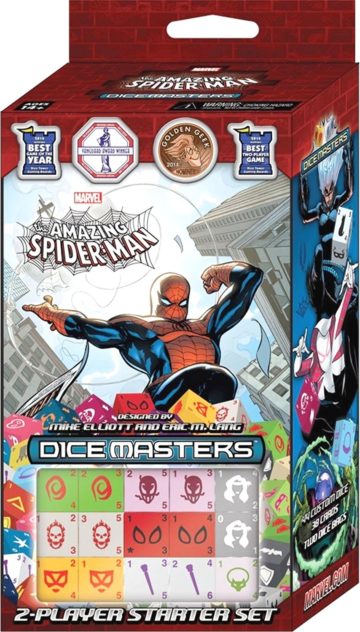 Think you’ve got what it takes to be a Marvel Master? With its 44 custom dice and 38 cards, the award-winning Marvel Dice Masters 2-Player Spiderman Starter Set has everything you need to get rolling. In this exciting card and dice deck-building game, the goal is to get past your opponent’s superheroes and then defeat them. Doing so requires tactical awareness, strategic thinking, and a slice of luck. Easy to learn but tough to master, Marvel Dice Masters is heaps of fun with phenomenal replay value. Add more Spidey intrigue by buying booster packs or the special Spiderman collector’s box. Definitely one of the coolest Spiderman games out there! 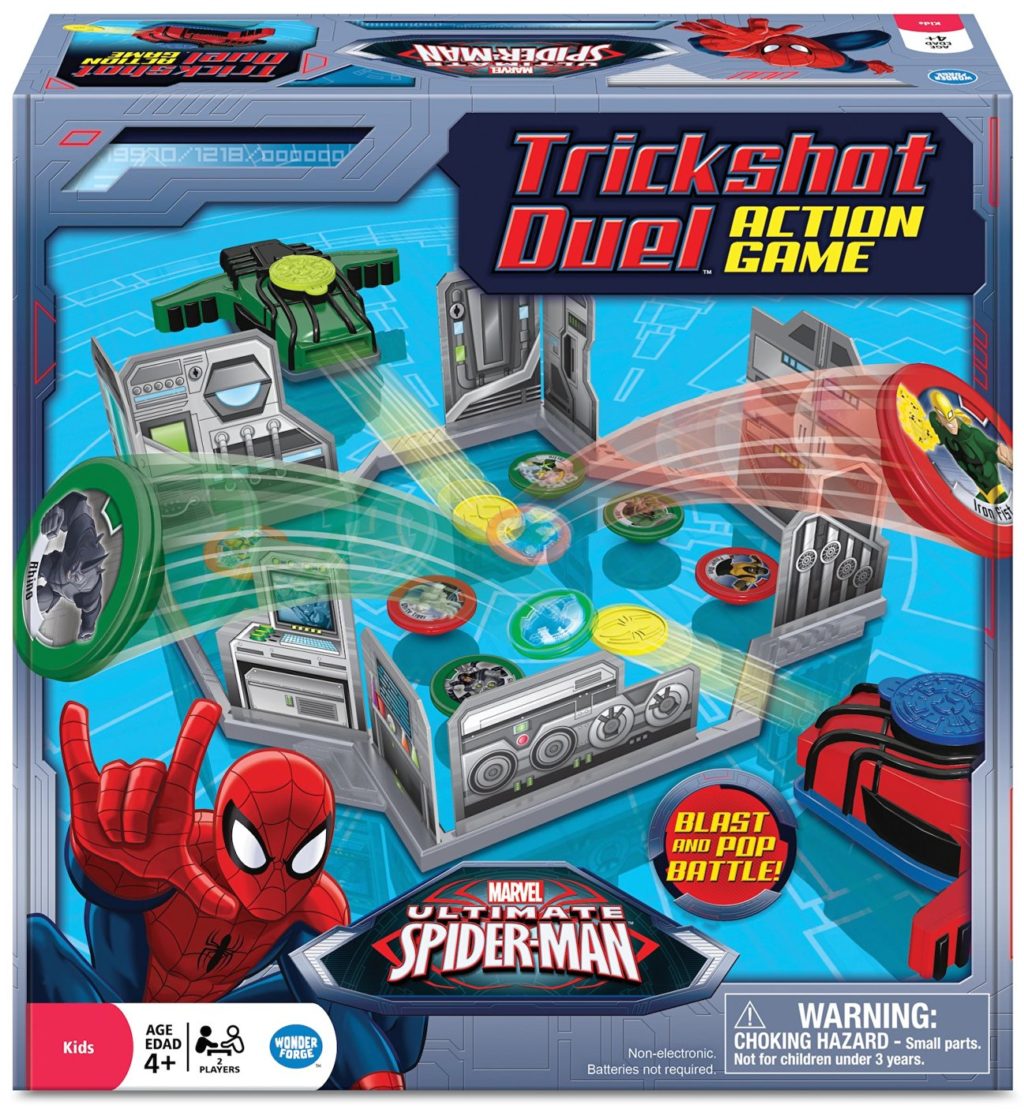 Who will win in this action-packed face-off between Spiderman and the Green Goblin? The Spiderman Trick Shot Duel Action Game is not just fantastic fun – it also boosts creativity, dexterity, and critical thinking. Begin by setting up the arena – it can be different each time – and placing your heroes and villains inside. Next, load your six-disc shooters and take turns firing at them, trying to knock them out of the arena. For older or advanced players, the included cards can be used to add an extra element of gameplay. It’s a real blast! 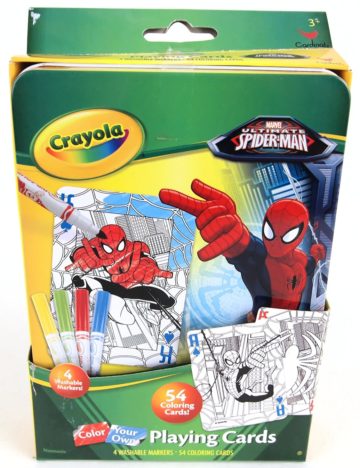 Ever played Snap with Spiderman? The Crayola Color Your Own Spiderman Playing Cards pack is a superb set for strengthening kids’ artistic and fine motor skills. Like any deck of cards, it’s also ideal for boosting many key skills, such as matching, math, and problem solving. This set includes 54 coloring cards and 4 washable markers. So, let your potential Picasso get coloring, and when they’re done, teach them how to play Spider Solitaire! 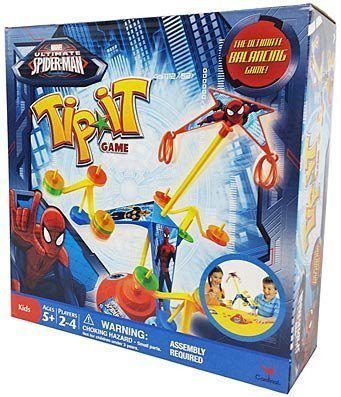 Peter Parker may not have the best work-life balance, but his masked alter-ego is sure-footed even on the slippiest rooftop. In this Ultimate Spiderman Tip It Game, players test their own balancing abilities, developing their concentration and dexterity as they do. Spin the wheel and see what color ring you must remove. Can you collect three discs of the same color without toppling over the tower? It’s easier said than done with this terrific tipping toy! 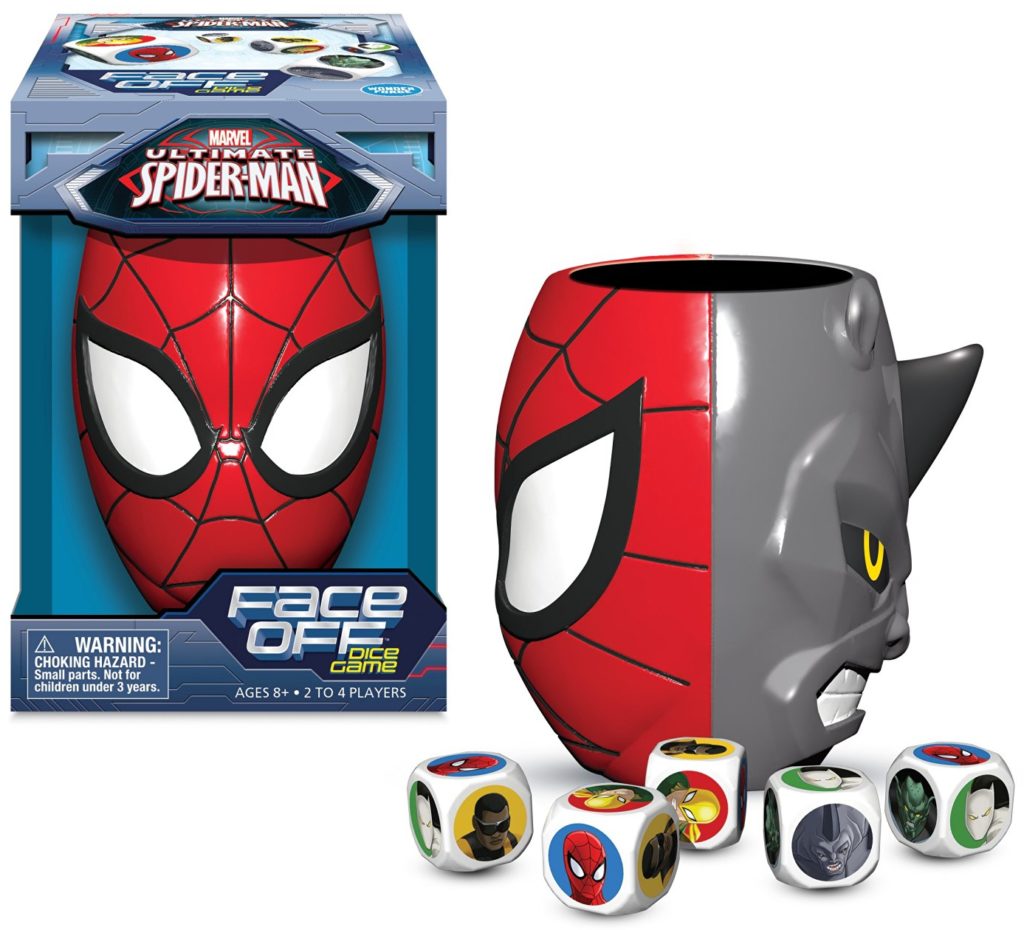 Anyone with superpowers has a choice – to be a hero or a villain. In this fun light strategy dice game, players have that same choice. The Ultimate Spiderman Face Off Dice Game pits our favorite webmaster against his thick-skinned foe, Rhino. Players place the five character dice in the awesome Spiderman/Rhino shaking cup and roll. They then decide whether to “go hero” or “go villain,” and roll again. There are more heroes than villains, but the villains are worth more points, so your choice requires thought and consideration. With great power comes great responsibility. Will you be a force for good – or seek out more power? 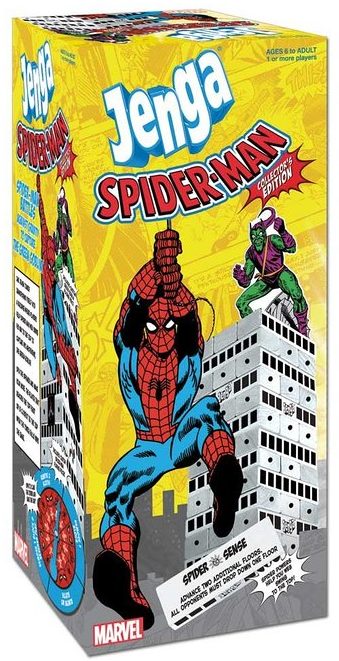 Can you crawl to the top of this tumbling tower before the Green Goblin tears it down? Spiderman Jenga is a cool variation of the classic cascading block builder. Each player must try to move their Spiderman marker up the building and try to catch the Green Goblin first. Spin the wheel to see how many blocks you must remove and how many stories you can climb. But beware – some blocks (like the Pumpkin Bomb block) have additional instructions that can help or hinder your progress! It may collapse, but this game sure won’t let you down!

Dara Sheahan is an experienced writer and language teacher from Dublin who has taught in colleges and universities in Ireland and South Korea. Now a freelance educator and blogger he has a passion for all things related to education, tech and ESL.