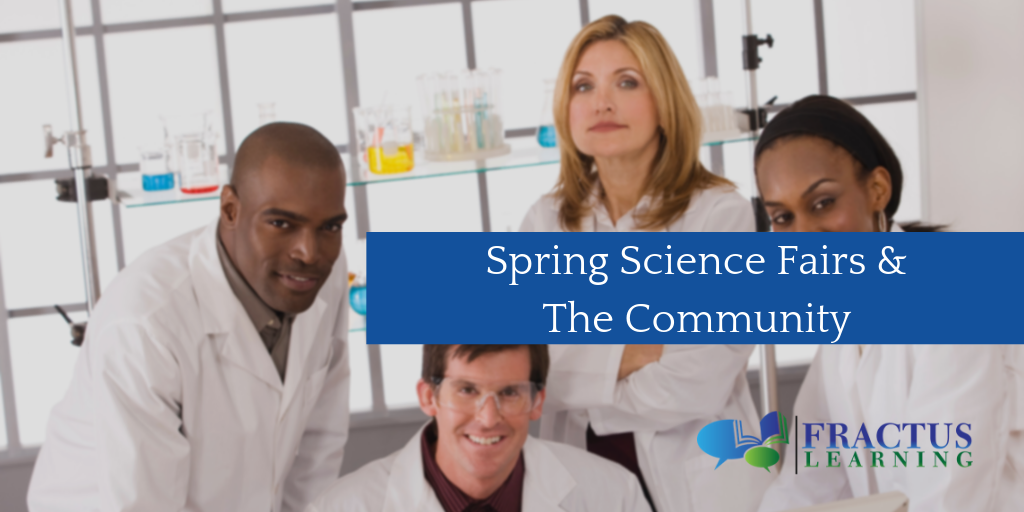 There are lots of ways to involve the business community in school affairs and Spring is a great time to it. This is one way I did it; to provide a challenge to all the students involved, to involve all the students, and put the school on the road to greater involvement in science and technology hold a bold science tech fair. Even though most school leaders just want their schools to be mediocre, quiet, reserved, just hum at low key, I wanted mine to sing loudly, bold it is!

I was given an assignment to organize a science and technology fair at XYZ Elementary. It was a big assignment from a great principal, she asked and I replied…

“If I take the assignment, it will be AN EVENT, it will include as many students as possible including special education kids (we had a student body of 1,600), and it would include a wide swath of the business community.  It will be crowded and LOUD, it will be raucous….”, and she said OK…she was supportive, helpful, and knew to stand out of the way and let me go. Trust is an important thing…..

Organization of a science and technology fair, if done correctly and on the scale I planned is a BIG DEAL, it takes a committee of committed people, the best part being several teachers, several parents, and the head custodian volunteered to be on it. Reasons for these appointments, teachers know the kids and curriculum, parents are not afraid to spend the money and make calls, and the custodian manages arrangement of tables, chairs, reception areas, and moving equipment. Nice, neat, and tidy….no stone left unturned…

During our first meeting, I explained to the team…our purpose was to hold HISD’s largest science and technology fair in a school building…they laughed but then realized I was serious. What I asked of them was how many grade levels to include….they wanted them all…the perfect response. PK through 5th, including Special Education…1,600 students…we wanted all of them to participate…

It took two weeks to develop the matrices for each of the grade levels. Each of these matrices was based on the science and technology curriculum of each grade levels, including special education. All students took home applications to the event. Parents had to sign and return permission, those without were involved in enjoying the event, those that did went to step two. Step two involved timelines, guidelines, all according to the grade level curriculum, including special education. Long story short…the committee must discuss the particulars, pick and choose what works best, and provide the timeline to get it done.

Love it….the business community adds spice to the flavor. When I was in sales for nearly a decade at Star Furniture….walking up to customers, making cold calls, and earning customer referrals is the name of the game. What it teaches you is….be consistent, accept that some doors will slam in your face, don’t let a failure get you down.

I thumbed my way through the phone book, yellow pages to be exact. Looking at companies that specialized in science and technology……specialized instruments, research, and manufacturing. As my fingers were turning black from the ink on the pages, I called each and every relevant business….after several days of ‘cold calling’ I had more than 20 companies that span both science and technology lined up. Some companies could send a couple of people, some a small army.

As each team arrived at the school, we put them in a room with the signature sign-in, matrix for evaluating their grade level projects (a second copy, one was sent ahead), clip board, pen, school map, and escort. Coffee and snacks were provided.

The projects and displays were set up the day before….mostly at the end of the day, and after school, till late in the evening….they were everywhere, literally….crowded into the hallways, library, P.E. room, classrooms, everywhere you looked. On the day of the fair kids were standing by their projects; and judges, parents, district administrators, and kids…were moving up and down these by-ways mostly walking sideways. It was like Mardi Gras….only it was XYZ’s Science and Technology Fair.

Was the fair a success….YES….the winners were named the next day because of all the tally sheets that had to be graded. We had some ties, some place, some show….but every child was a winner. The projects weren’t cleared from all the areas until nearly 8:00 P.M.

If you want to do something for a school like this include everyone…..including special education. Guests, district administrators, parents appreciated that all students were included. There is always a way. Careful planning, execution, and attention to detail will assure you are prepared. You can do it.

Al is a retired public school administrator and teacher from Houston, Texas. An educator for over 30 years, Al believes in promoting the best and the brightest with encouragement to be all they can to fulfill their potential.