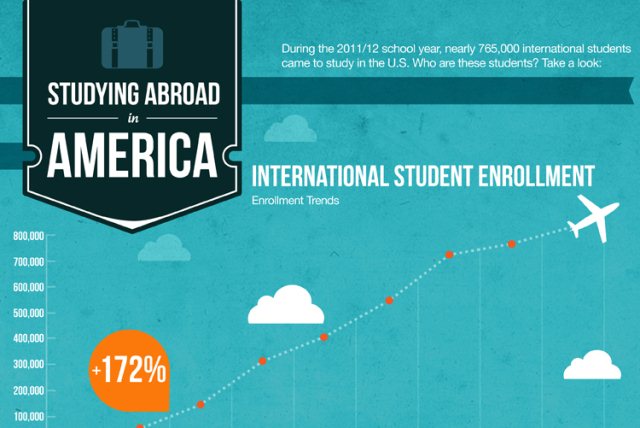 A strong increase in the number of international student enrolling in US colleges over the past ten years is proving that an American education is highly sought after. According to the Institute of International Education:

The below Infographic from OnlineDegrees.org puts together this data to show just who is studying abroad in the US and what fields are attracting the most international students.

Have you seen a change in the number of students studying abroad? What benefits do you think students get from being educated outside their home country?