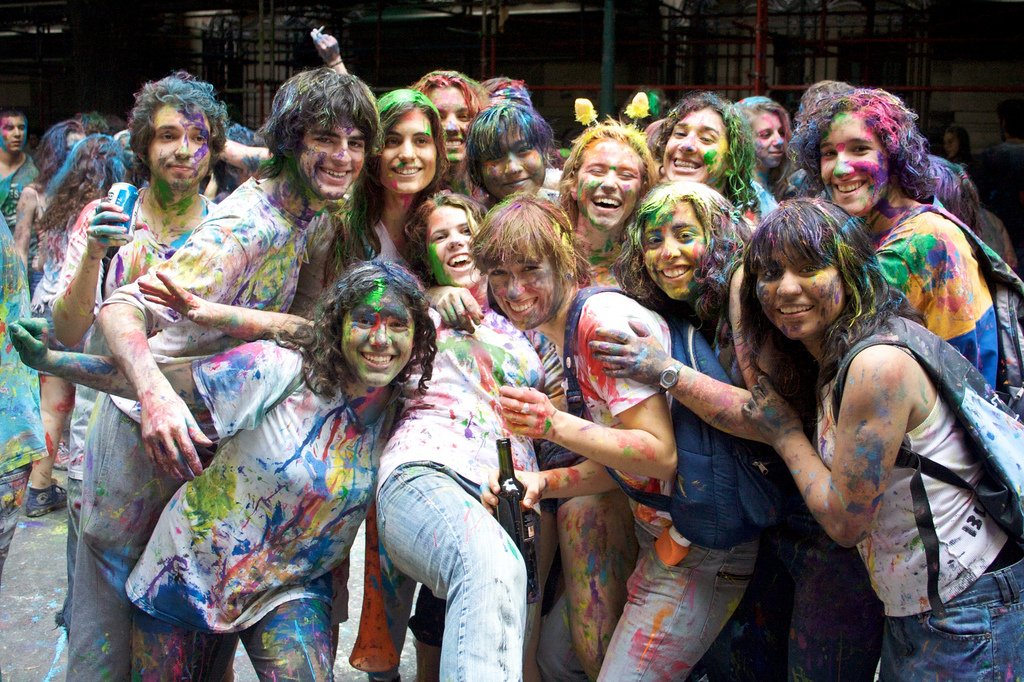 When I was your age, we had to walk butt-naked through forty miles of snow just to get to school each day! Well, to be completely honest, I grew up five minutes from the school gate and I don’t think a single flake of snow has ever registered in Adelaide… But that’s not the point. The point is, that it’s the duty of each and every generation to labour exactly why they’re superior to the next.

But what about the positives? What about the less publicised reasons that this generation is actually better? In a still trending thread on Reddit, the question was asked: ‘Older people of Reddit, what do you think is BETTER about today’s youth?“. Given the huge advances in technology over the past ten to twenty years, it was interesting to see that nearly every response referenced improvements in accessibility to information and communication. Here are some of the most interesting responses:

They have great opportunities that come with the Internet. They get to engage with adults on adult subjects every day. As a youth, if I had any adult ideas, I could only get support or feedback from my parents or teachers, I didn’t have the resources to get feedback from an expert in the field. Today, on the Internet if you want to do something cool and above your grade level, you can get a ton of information and a ton of feedback from people who actually know what they’re talking about, and even more from people who don’t! – zeidrich

I think that the younger generation is making race and sexuality less of a divisive thing. And that is awesome. – raunchytacos

They know how to use the internet to help check the validity whatever they’ve been told. You have far fewer kids just going along with whatever mother or father tells them and they’ll actively try and think for themselves rather than just giving up and never questioning it. – atanasoff

I’m a Gen X and work in a field with mostly Millennials, and I manage them. They are really good at taking feedback and improving. I think they are more into intrinsic rewards than other generations. As much as you can generalize a huge group of people, I like working with them, they don’t seem as cynical as my generation. – armatron444

I’m the parent of two women in their 20’s. This generation is less apt to accept the wisdom of their elders. In the past, anything published was assumed to have been vetted by People Who Know. Now, all kinds of people can be heard, and their race and gender has less influence on acceptance of their information. I find that young people I meet today are less apt to make up stuff and believe it, compared to the 1960’s an 70’s, when I was a kid. I remember kids joining communes, cults, crazy political parties, and going off to live in the woods with spiritual leaders. – eightfingeredtypist

Tech savvy. They can navigate all sorts of technology. My three year old uses my ipad like it’s hers. She found my games and has hijacked both my plants vs. Zombies and angry birds. She’s not too bad at them. – lustywench99

In my youth I was interested in programming. My resources were the Pink Shirt book, a few games from magazines in BASIC and what I could find in the local library. If I had trouble with homework, I could read my textbook again and see if it became more clear. I could ask my parents or friends, or I could read the textbook yet again. The library was probably closed by then, and who’s going to go to the library in the evening to do homework anyways? Now you can google your problem and get 5 different explanations from 5 different points of view and 5 different video explanations. – zeidrich

I think today’s youth are much more open minded and accepting of differences in others. The internet gives them the ability to build relationships with others around the world, so they can see multiple viewpoints. – Lordica

I keep on reading articles about kids in high-school doing crazy things with nano-tubes, web and software development, entrepreneurial startups, doing great things like electing gays to be prom king/queen/, anti-bullying efforts… I stopped worrying about the next a while ago. I think you guys are going to KICK ASS. – Davistele

Final Thoughts from a Teacher

I’m 48 (today, in fact) and I’m a teacher. Frankly, I LOVE today’s youth. Here’s why: They’re far more tech-savvy than most of my timeframe even are today, never mind back then. They’re enormously more accepting of people than my generation. Being a nerd/geek doesn’t seem to be the massive handicap it was when I was in high school (being both a nerd and geek). Intelligence and doing well in school are seen as good things (although it seems as though a couple of sub-cultures are trying to fight that fight). The social consciousness of today’s youth is also very apparent. When I was in high school, that really didn’t exist. But it is an active thing – community service is seen as something that is worth doing and enjoying. I don’t have a lot of negatives to say, actually, about today’s youths. Ok, I have one (and I admit this is COMPLETELY about my own biases)…way too many piercings. Ick. Now turn down your devil music and get off my damn lawn! – TrentWoodruff

Do you agree with the sentiments above? How do you think technology is creating a better generation? Drop a comment below and let us know your thoughts.