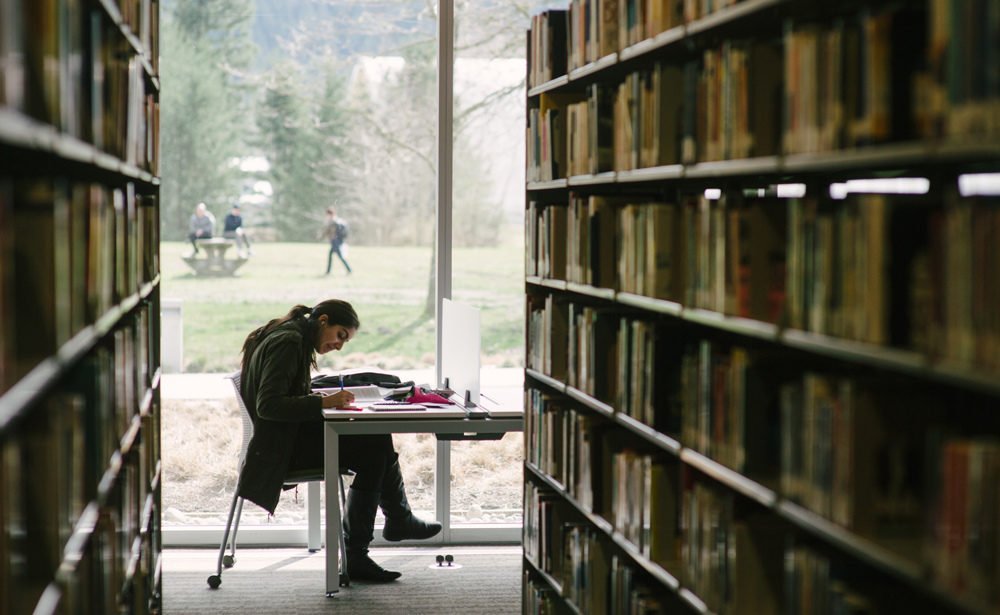 When I was seven-years-old we moved from the United States to Switzerland because of my father’s job. I was born in Brazil, but having left it just two years old, I didn’t really know anything other than the U.S. I didn’t even realize I was Italian, not American.

From the moment we stepped off that massive airliner in the dark on that freezing winter’s morning, I thought I had arrived in a fairytale. The mountains and the lake snugly nestled in the valley reminded me of pictures in stories about princesses and princes. The houses and the trams were like nothing I had ever seen, and people spoke so many different languages all around me I was too intimidated to speak to anyone.

When I started school two weeks later I wasn’t reassured, despite the fact my parents had told me everything would be in English. That turned out to be the problem, everyone spoke English, while I spoke American. I eventually got the hang of the language, and learned French and Spanish and Italian, but what I did not understand until years later when I returned to the U.S. for university is how the school system had made me highly prepared to take on higher education.

At International Schools around the world you study as per the International Baccalaureate (I.B.) curriculum no matter what age you are. Your grades go from 1 to 7, not by letters or up to 10. Academic competition was fierce and habits you picked up made you learn how to study things in depth so that you understood them; you didn’t just memorize facts and figures. Achieving high marks was a true badge of merit because the level of study and the scope of the courses covered a lot of what is usually taught the first two years of a liberal arts college in the U.S. Indeed, I ended up getting a large number of credits as soon as I arrived at Wake Forest University and was asked by most of my friends to tutor them in every subject.

What bothers me is that most of the methods used to teach me and my friends would be considered too intense or even harmful by most people nowadays. We did a lot of repetition, a lot of writing and math, called maths by the all-British teaching staff. It was all done in ink, and everything had to well be explained or you had to repeat the assignment. We had no computers, no internet and no other materials but paper, pens and pencils. I can’t imagine how many I used those eleven years spent in Geneva and Brussels.

It was grueling, and there were days when writer’s cramp seemed like a permanent condition, but I did learn. Mostly importantly, I learned how to study. I also understood that curiosity and getting a complete understanding of any subject was the only way to learn well.

We spent an entire semester in 4th grade writing texts for French class entirely in phonetic language in order to achieve proper pronunciation. When we did a report on our country in third grade, and again on a country completely different from our own in sixth grade, we had to report on its history, languages, culture, food, art, everything which mad it unique. We not only had to write about each subject in detail but also make art to show what we were describing. By the time I got to high school writing twenty-five page papers, single-spaced, by hand, and probably doing several drafts, was standard procedure.

The amazing thing is there were some students who studied even more than we did. I remember that my Japanese friends were always the best in the class. After our regular day they went off to Japanese school for another three hours. They came to our school already wearing their uniforms and sometimes would finish off their homework for their Japanese lessons during lunch, since they had already finished our work long before. Once one of them couldn’t sit still and I found out she had been caned at Japanese school the night before for a mistake on an important assignment. She never complained.

Do I believe in corporal punishment for mistakes on a paper? Of course not.

Do I believe that leaving kids free to decide if they’re ready to do an assignment will make them learn better because they don’t feel pressured to do work they’re not ready to do? No.

Do I think, as it is stated in corestandards.org that it is possible to create a system which ensures “all students are ready for success after high school, the Common Core State Standards establish clear, consistent guidelines for what every student should know and be able to do in math and English language arts from kindergarten through 12th grade”. No.

We had very high standards in the I.B. program, and all students had to the assignments and the homework and all the practice, ALL of it, but the teachers knew everyone learned in different ways. Some, like me, had photographic memories and could remember facts and figures easily but had trouble with the analytical side of learning. Others were just the opposite, or somewhere in between. Luckily we had small classes so we each could get extra attention if we needed it. Teachers noticed if someone was struggling and would step in. Some were more strict than others but they all cared about the final result and didn’t enforce a purely one-size-fits-all strategy at all times.

Despite claiming to have found a way to teach all American public school children to be successful, the Common Core website stipulates “while the standards set grade-specific goals, they do not define how the standards should be taught or which materials should be used to support students”.  I am not surprised.

The ironic things about the present system is that if your child needs any help they will be tested and after a thorough evaluation they will be given an IEP (Individualized Education Program) which will state, in detail, how much of each subject and how many minutes of therapy they need per week. So, in fact, your child will get a more perfected education if they have a disability.

Both my boys are in E.C. classes, meaning Exceptional Children. While the modern name eliminates the stigmas of using the actual names of any given disability, it disguises the fact that those classes are the ones which take the child and not just the disability into account. JB was completely non-verbal when he finally received his IEP. Six months later he was nattering away to anyone who crossed his path. Joachim was always away in corner by himself, too shy to say much.  Once he was placed in E.C. class he felt able to communicate in a way that didn’t frustrate his teachers, and he became a leader who organizes everyone in games and makes friends very easily.

Which is the Better Method?

So what is the solution?

Old-fashioned repetitive learning which ensures depth of knowledge, and habits which encourage always doing more than the minimum necessary to get a good grade, or making everything fun and nothing mandatory? I would lean toward the former, with some of the latter thrown in.

We got rewarded for good work but we had to earn it. We knew we would have to get jobs but our education was aimed at making us well-rounded humans able to adapt to the world and navigate through the positive and negative situations life inevitably throws at you.

So, yes, nurture whatever your child’s abilities and passions are, but don’t neglect to teach them how to learn, to delve deeply, and know that there is no limit to what you can achieve through hard work and an open mind. Learning should never stop, even if school is over. School is the portal through which all ambitions and dreams are shaped, they have to be solid and finely chiseled, or the end result will be misshapen and the future unfulfilled. There is no greater tragedy than a promising life short circuited by a lack of discipline, a limited passion for going further and lax focus. Both are within everyone’s reach. Help your child to find them, harness them and create the amazing future only they can design.

Have you any experience of I.B. curriculum, or feel about the American Core curriclium and methodology? Let us know below.

Feature image courtesy of Flickr, University of the Fraser Valley.

Born in Brazil to Italian parents, Nani is a Third Culture Person who grew up in Brazil, the U.S., Switzerland and Belgium before attending Wake Forest University. She got her degree in Political Science but spent most of her time writing for the Old Gold and Black newspaper and in the theatre. She then lived in Chicago, London, New York and Paris before returning to North Carolina with her family.

Her passions are theatre, literature, politics, and especially multicultural and cross-cultural societies like the ones she grew up in at International Schools.

She is also the mother of autistic twin boys and speaks every chance she gets about the challenges and joys or raising to such wonderful and special kids.