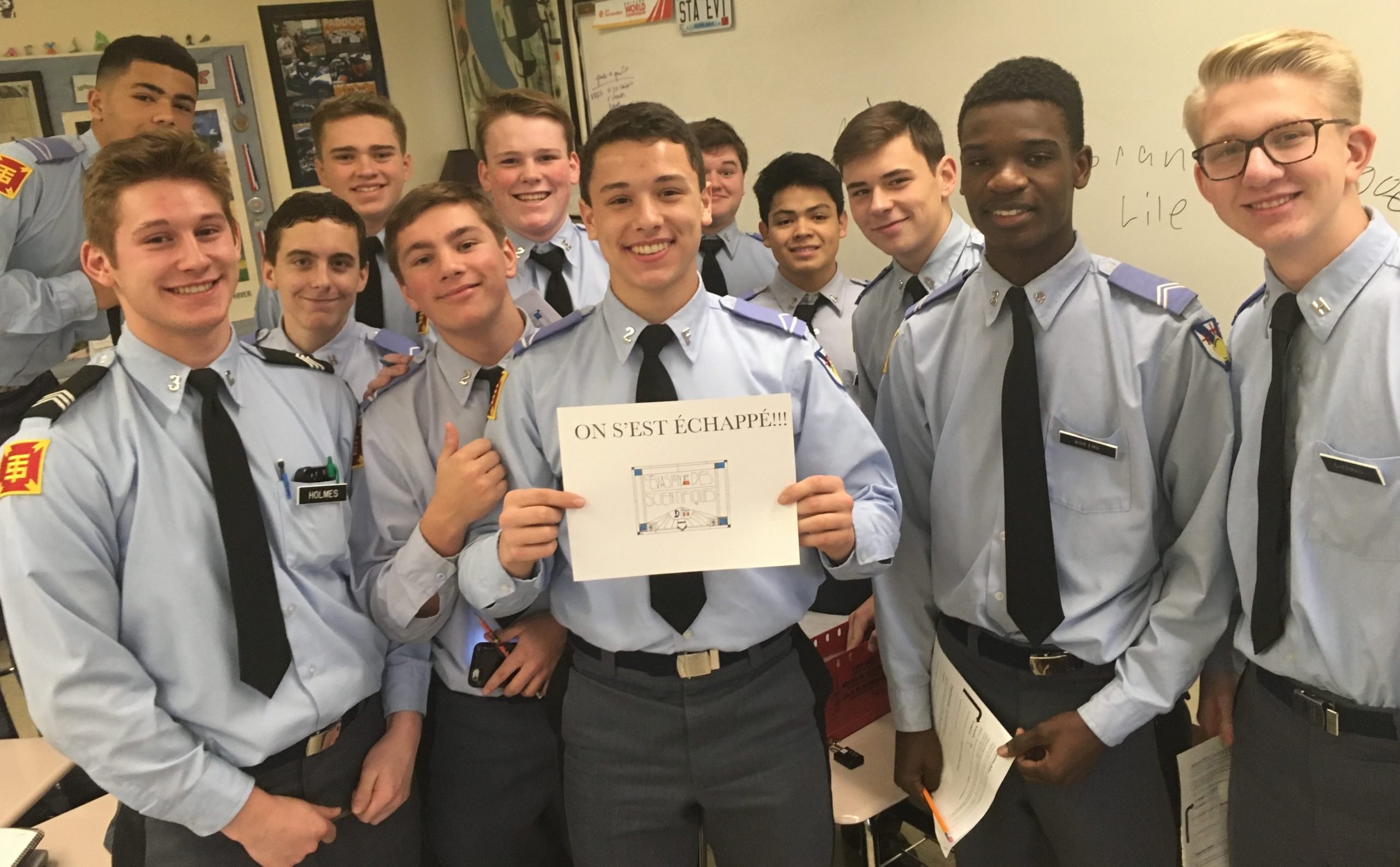 Sixty minutes remaining.  I started the count-down on my phone as the bell rang announcing the start of French three.  All around the room posters of futuristic cars, bioluminescent animals and locked boxes were positioned, poised, and ready for action.  On each student’s desk a copy of “L’Évasion des Scientifiques” “The Escape of the Scientists” was waiting.  In the front of the room a fifty second video was playing, giving the background story to the game that they had walked into. The anticipation was palpable as each student readied their game face, dove into the packets, and began to solve the numerous riddles and clues that would help them breakout.

Two weeks prior to this day my French three students walked into class lamenting that I never did anything fun with them anymore. “Madame, you are doing all of this cool stuff with the other classes and we just get regular Madame.”  They had a point.  But when you are the only French teacher for grades six through twelve and command six different preps, sometimes regular Madame has to show up instead of amazing Madame.

Nevertheless, I took what they had to say to heart and started thinking.  We were nearing the end of our lesson and the unit exam was looming in front of us when I had an idea.  What if I created a game to test their collective wits instead of giving them a traditional pen and paper assessment?

Earlier that year I was introduced to Breakout EDU at a conference and was instantly intrigued.  Afterwards I read an article on how fellow French teacher Nicole Naditz created a science based French Breakout game for her classroom.  The thought of creating a game where students applied their prowess of the French language to solve numerous puzzles appealed to me. Could I take what we were studying and gamify it? 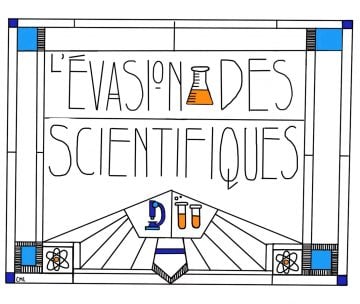 We wrapped up the unit and started the film “Avril et le Monde Truqué” when an idea came to me.  Like the film, my story would take place in a world where scientists were hunted down for their collective brain power.  I took my passion of building vehicles and incorporated it into the storyline.  My students would be scientists and engineers on the run from a nefarious group, Malfaisant.  Their lab and their invention, a flying electric car with bioluminescent headlights, had just been discovered and Malfaisant was on their way to capture them and their vehicle. “L’Évasion des Scientifiques” was born.

Creating the puzzles and clues proved to be a bit more challenging than I had first anticipated, but with a solid story line in mind, I took over my colleague’s whiteboard one morning and brainstormed.  It wasn’t long before I was typing up the student sheets and creating the cover art for my very first breakout game.

On game day as I was setting up my classroom waves of nervousness flooded over me.  What if they couldn’t figure out the clues?  What if I made it too technical?  Or worse, what if they were bored and thought it was stupid? I didn’t have any time to second guess myself as the bell rang and my students settled down to work.

Then something amazing happened.  All of my students, regardless of their level of proficiency, became so deeply engrossed in the activity in front of them and focused on succeeding as a team, that all of my worries vanished.

Thirty minutes remaining. I soon found that one of the hardest things to do during a Breakout game was to do nothing.  It seemed almost wrong to just sit back and watch them solve the problems on their own, but as they delegated responsibilities and tasks I saw each of my students’ shine.  When one student figured out a particularly challenging clue his classmates cheered and shook his hand before moving on. 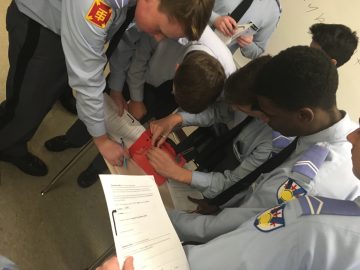 That was when it hit me.  Collaborative games don’t just test student understanding of the subject material, they also help foster learning and community in the classroom.

Five minutes remaining.  To be honest I wasn’t sure they were going to finish in time, especially after getting tripped up on one particular clue.  I could see the look of determination in all of their eyes as they ran up to open the last of the locks with only seconds on the clock.  As the bell rang signaling the end of the period they triumphantly held up the sign “On s’est échappé!” “We escaped!”

That night as my family and I talked about our roses and thorns from the day I couldn’t stop talking about my students and our Breakout game.  Intrigued, my daughters asked why we don’t do fun things like that at home. Turns out, I can’t always be amazing mom either, sometimes regular mom has to do. 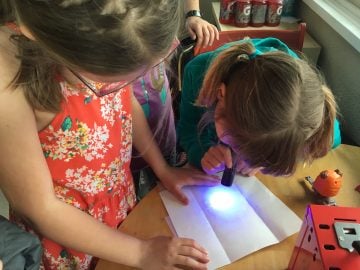 So for my daughter’s ninth birthday I put on my super mom cape and created “Fairy Quest” a Breakout style birthday game for her and her friends.  As the girls ran around solving puzzles, completing tasks, and eventually finding the missing fairies I realized the importance of collaborative games at every age.  Learning to work together to accomplish a shared goal is something that all of us, young and old can benefit from.