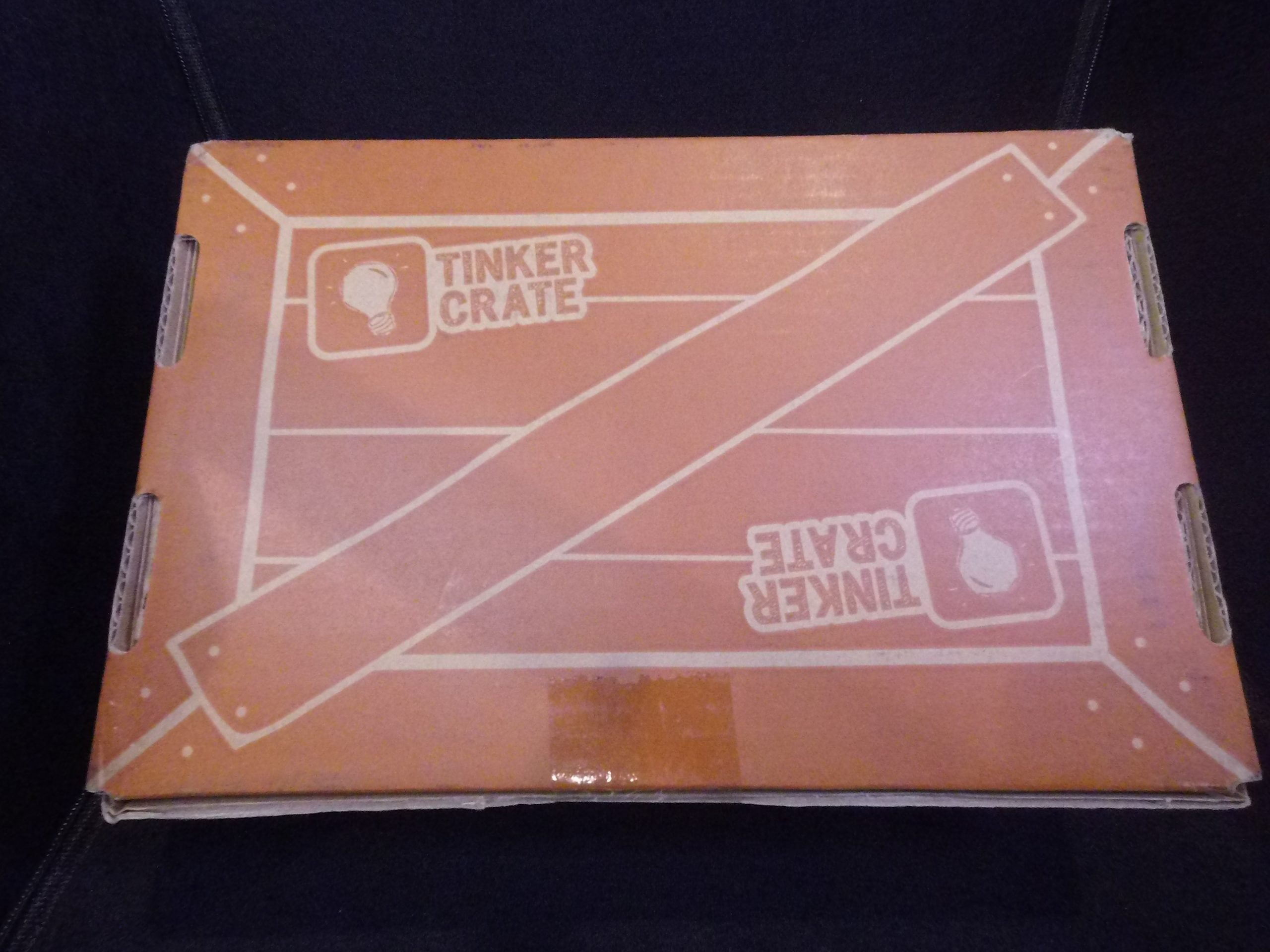 One of the best gifts you can get for a child is something that keeps them engaged yet teaches them at the same time.  When children are toddlers this is easy – the child is still learning so much about the world around them that most anything fun will be educational in some way.

As a child hits the “10 and over” club, this task becomes harder.

Many presents that are fun for the average high schooler aren’t all that educational.  Today I’m able to recommend one product that is a good mix learning-based and fun.   The Tinker Crate ticks both boxes.

Find Out More About the Tinker Crate

I’ll begin by sharing some information about the Tinker Crate, but scroll down if you want to hear more about our own hands-on experience with the STEM box.

Who Is The Tinker Crate For?

The Tinker Crate is best suited for kids that are interested in building and creating things.  If I had to pigeonhole it, I look at this as an engineering-focused STEM kit.  Sure, science is involved in the projects you’ll complete with Tinker Crate.  The emphasis is more on the practical applications of those scientific principles.  This “creation-first” orientation could appeal to more artistic children as well.

The idea behind the Tinker Crate is to get kids building quickly without bogging them down with unnecessary jargon or explanations.  As they create, they begin to learn. That’s when more information about the topic being taught is introduced.  Our kit was focused on hydraulics. The instructional Tinker Zine did give a few examples of where hydraulics were used but quickly launched right into the instructions for hands-on building.

It’s geared at an ages 9 and up crowd.  I could see adults buying this for themselves – not necessarily because they want to learn about science but because it’s fun to build.

Who Should Pass on the Tinker Crate?

K-3rd graders wouldn’t be able to complete the construction projects on their own and probably wouldn’t enjoy the Tinker Crate much.  There are STEM subscriptions available that they would enjoy – check out our guide for some ideas.

Our Verdict: Tinker Crate is great for your pre-teen or high school-aged maker that is more interested in building that traditional art.  It’s a great way to learn while playing and building.  The project pace is appropriate and allows for many small victories along the way to build up the child’s confidence.

What Is the Tinker Crate?

The Tinker Crate STEM subscription is mailed to you monthly.  Inside you’ll find nearly everything you’ll need to construct that month’s creations.  Our box came with pieces to build a variety of hydraulic claws, levers, and lifts.  Unlike some other kits that require you to gather some of your own materials, this box provides everything so you can get started right away.  All we needed to provide for our project was water and a scissors.

There are two instruction sets. The first is a blueprint that gets right down to showing you construct the main project for the month.  It’s actually modeled after a blueprint – it unfolds into a large, poster-sized instruction sheet.

The second booklet is called the Tinker Zine.  This booklet is modeled more after a magazine.  Inside are more creations to build, along with a more in-depth discussion of the principles being utilized that month.

My oldest son went straight to work when I put the crate box in front of him.  After looking over the blueprint, he gathered the materials and began to build a simple claw.   Construction wasn’t too difficult though he did have a little trouble getting a secure connection of the hydraulic pistons (aka syringes).

It was after the initial build that the fun began.  He used the claw to pick up items and terrorize his siblings of course, but then he began to wonder just how much could the claw lift.  After a few trials, he wondered if he could redesign the claw to make it stronger.  Some reading and testing later, he figured it out.

While there are instructions on building, it became apparent that children will use this as a starting-off point to learn.  My son wasn’t actively trying to learn about leverage or how a hydraulic jack works.  He just wanted to build a claw that could pick up something as heavy as possible.

Why? Just because it was fun.

When asked if he’d like this for Christmas,  he said sure.  He could see himself taking time every month to play with a new Tinker Crate, especially on a day where the weather was bad.

What We Liked The Best

The instructions were clear and well organized.  This is pretty important in a product where the child is expected to work on projects mainly by themselves.  Tinker Crate is solid in this regard.

My son liked the open-ended nature of the blueprints.  The Tinker Crate lives up to it’s name in this regard – plenty of space to tinker.  There are enough pieces to improvise, and it’s pretty simple to break apart a previous build to create something different.

The kit comes with high-quality components.  The claw is created with cardboard links (I’m sure to keep mailing weight down) but they are strong and show little flex.  The tubing and syringes are top-notch as well.

What Would We Change?

I didn’t hear any complaints about the Tinker Crate.  When pressed a bit for anything he’d recommend to change, my son mentioned he wished there was a way to go a little farther with the experiments.  For example, he thought it would have been cool to have a link to a Thingaverse file of the cardboard spans so someone could 3D print permanent pieces.

Yes, that would be nice – but probably not expected.  I did force him to come up with something to improve, so … as I said, there were no major complaints.

Find Out More About the Tinker Crate

The Tinker Crate is a great gift for the curious young adult in your life.  There are some kids that would ask for a present like this – ones that are interested in quick feedback, that like to build or create structures in the real world.  If that describes the builder in your life, this is a no-brainer gift.

I think most teens would benefit from playing with Tinker Crate, even if they aren’t the engineering “type”.  Some children were taught they weren’t scientists or engineers solely because of something they did in school.  Tinker Crate isn’t school – it’s pure learning-through-play.

Most high-schoolers I know could use a little more of that in their lives.   So don’t be afraid to give it to them.