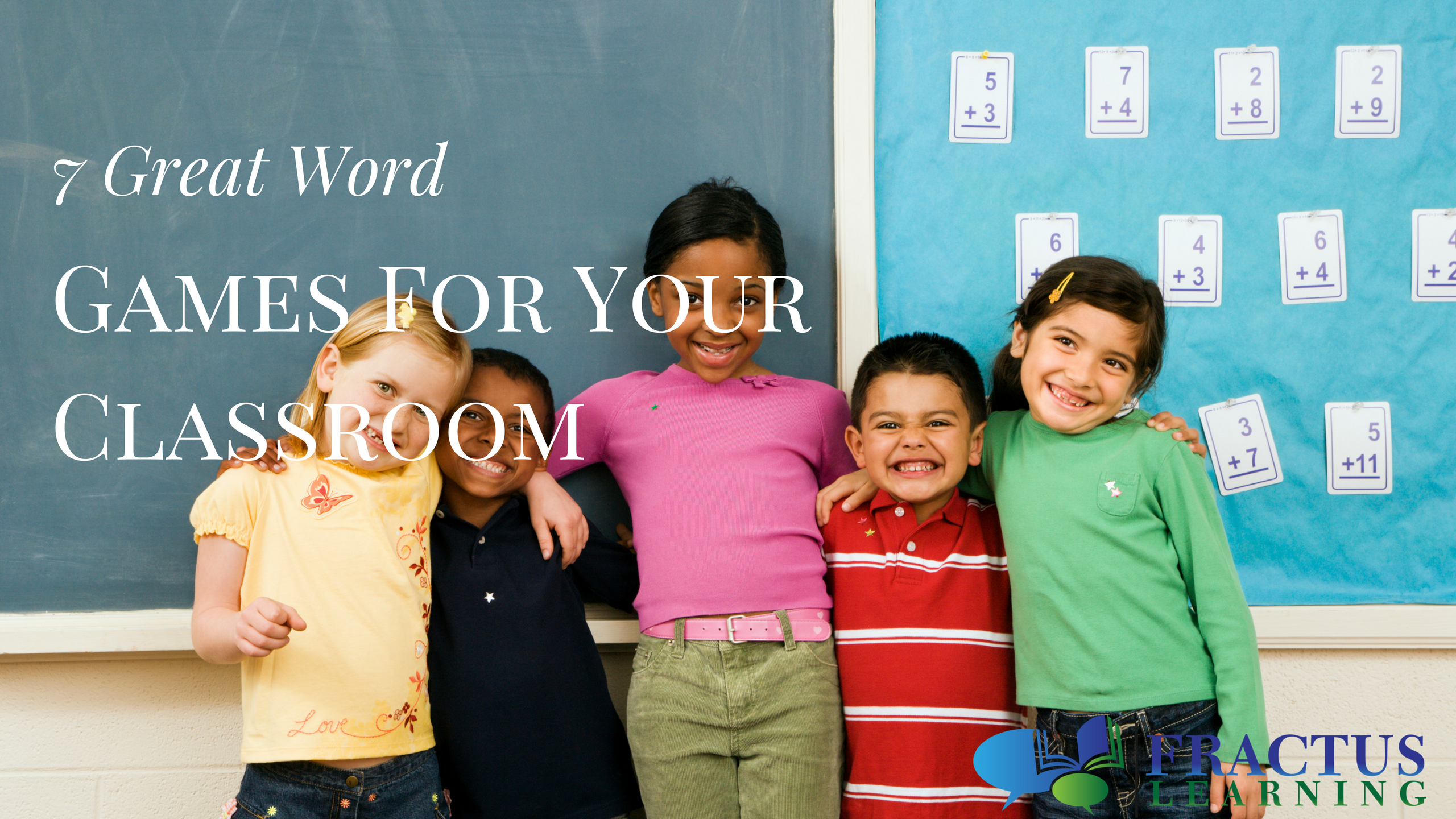 Games aren’t only for fun and learning outside of the classroom.  The right board game can be a great learning tool in your class this upcoming school year as well.  This is true both in ESL (English as a Second Language) and traditional English-speaking classrooms.

These following games have all been used reliably by teachers to help English learners master new vocabulary and feel more confident in their speaking skills.  You’ll find your students will benefit most if you modify the rules to fit the skills and needs of your classroom.   They are also fun and a change of pace for your students, which can help keep the flame of learning interest burning bright.  They don’t take much prep time by the teacher either – so it’s a win for everyone!

Top Board Games For ESL Students and Classrooms

This fast-paced game is a ton of fun to play.  Players are each given a set of letters and use them to build their own grid of words.  When one of the players has used all her tiles, everyone must draw a tile and work it into their grid.  Words are not permanent however; you may take your existing words, break them apart and use them to help make new words.

Kids will learn spelling structures and reinforce common word prefix and suffixes while playing this game.  It also is a great outlet for creativity for more advanced learners. 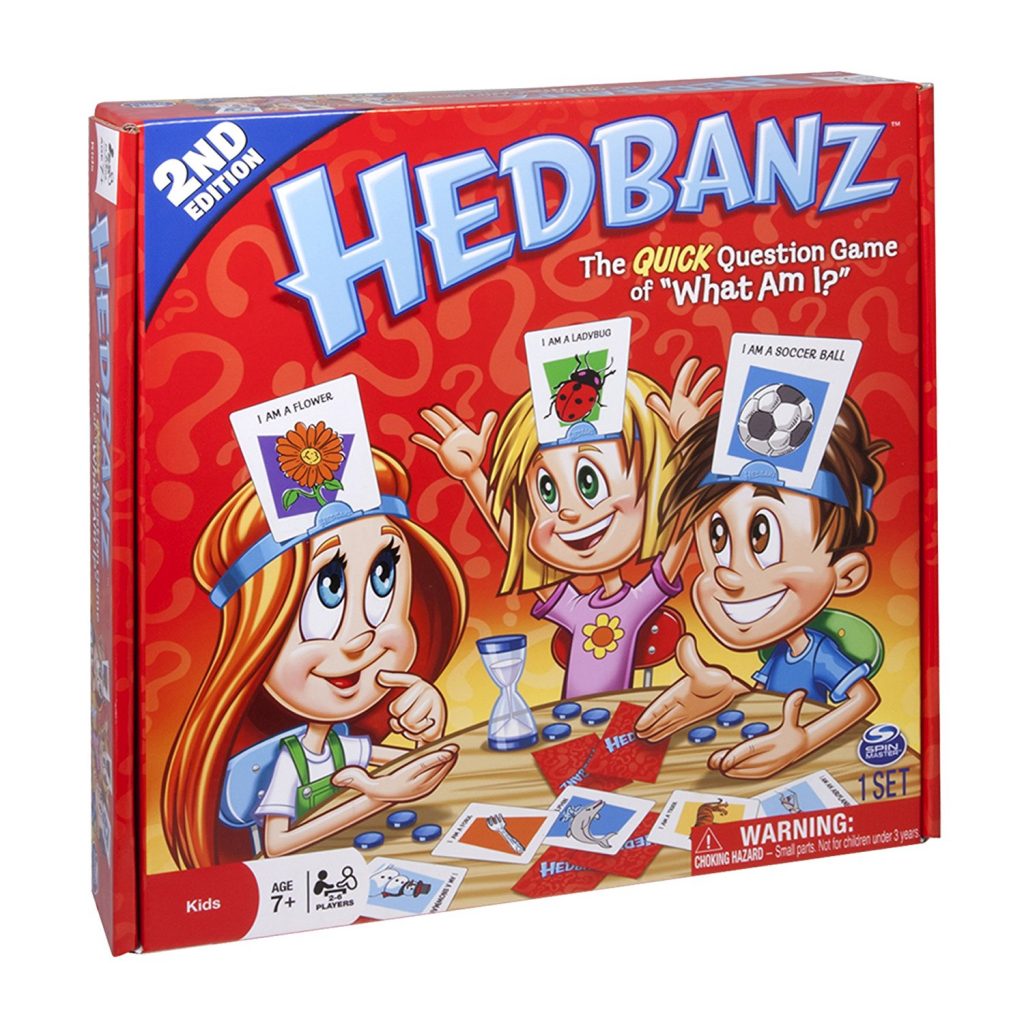 Hedbanz is a take on the classic “What Am I” game. Players each grab a card face-down, and never look at it. Instead, they affix the card to their “headband” so all the other players can see what is represented on the card.  Players then take turns asking the other players questions to try to determine just who they are.  Most cards are of normal household items, animals, foods, etc.

This game is a great way to help kids get used to asking questions about different topics than they might usually cover in class.  The game comes with a helpful “question card” to get each player started on questions they normally should ask.  It’s also fun (and sometimes agonizing) as a player gets so close to the right answer but can’t quite nail it down. 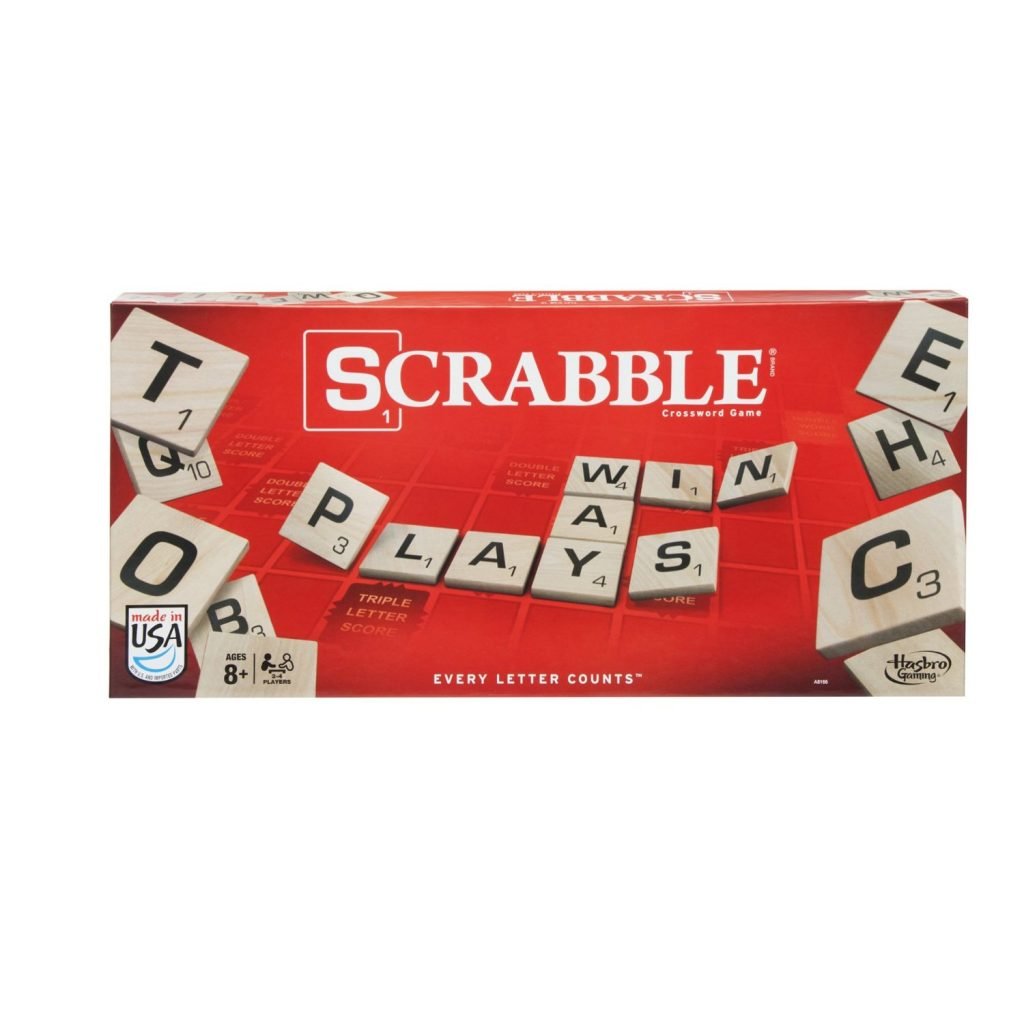 Scrabble is a classic word game enjoyed by generations of students.  Players are given a selection of letters which they use to make words in a crossword pattern.  Players build words off of the tiles that previous players have placed.  Bonus points are given for covering special tiles on the board with letters.

ESL teachers have found that this game is often played with some changes to the normal rules.  Allowing students to consult a dictionary, collaborate with friends and refrain from keeping score can help some students.  It’s also a good chance to discuss the meanings of the words used in the game when appropriate. 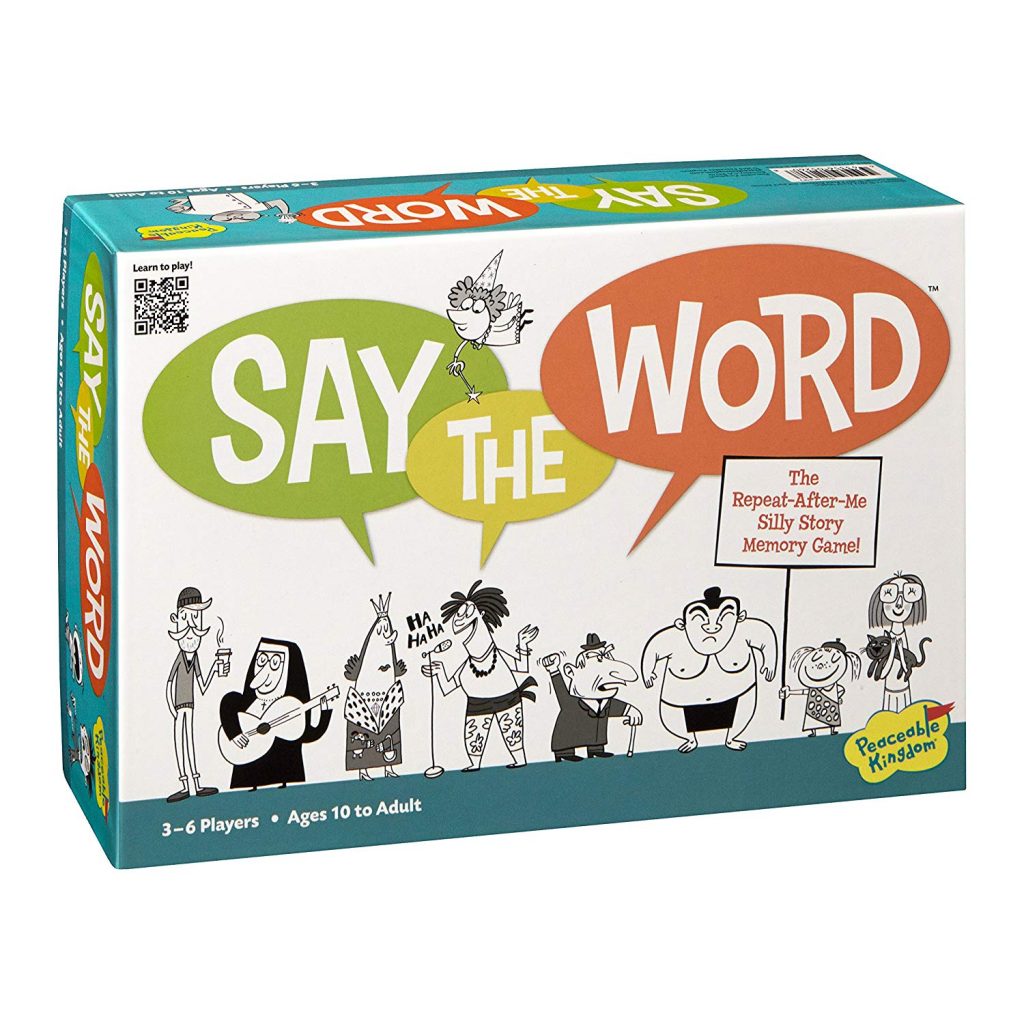 Say The Word is a cooperative “silly story” game that can really break the ice for a group of students.  Players are given a kooky character, some silly words to use and are challenged to create sentences that keep an ongoing story moving forward.  Warning: your classroom will be filled with spontaneous outbursts of laughter as the stories continue to get goofier and goofier each turn.

This game is aimed at children 10 and up, though younger children may be able to keep up.  It helps to develop listening skills, and promotes bonding and risk-taking.  It’s hard to take yourself too seriously while playing this game, which provides the “safe zone” some students need to expand their vocabulary. 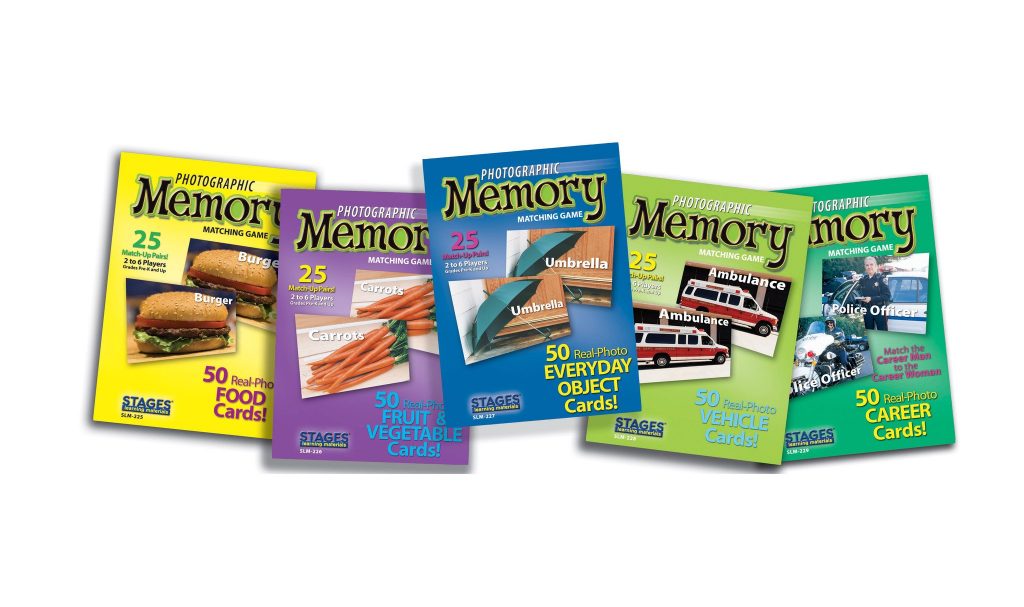 The Stages Learning Photographic Memory game pack can help less-advanced English speakers expand their vocabulary while having fun.  Cards contain both pictures and corresponding words.  Players place cards face down on a table and pick two at random.  If they match, great.  If not, the player tries to remember what card is at what location so they can make a match later on.

This game can be used in a few ways.  With students new to English, it’s best if the game is played by a group, all working together.  As students become more advanced, they can begin to play as individuals.  You’ll get more results if you can encourage discussion about the items and animals represented on the cards. 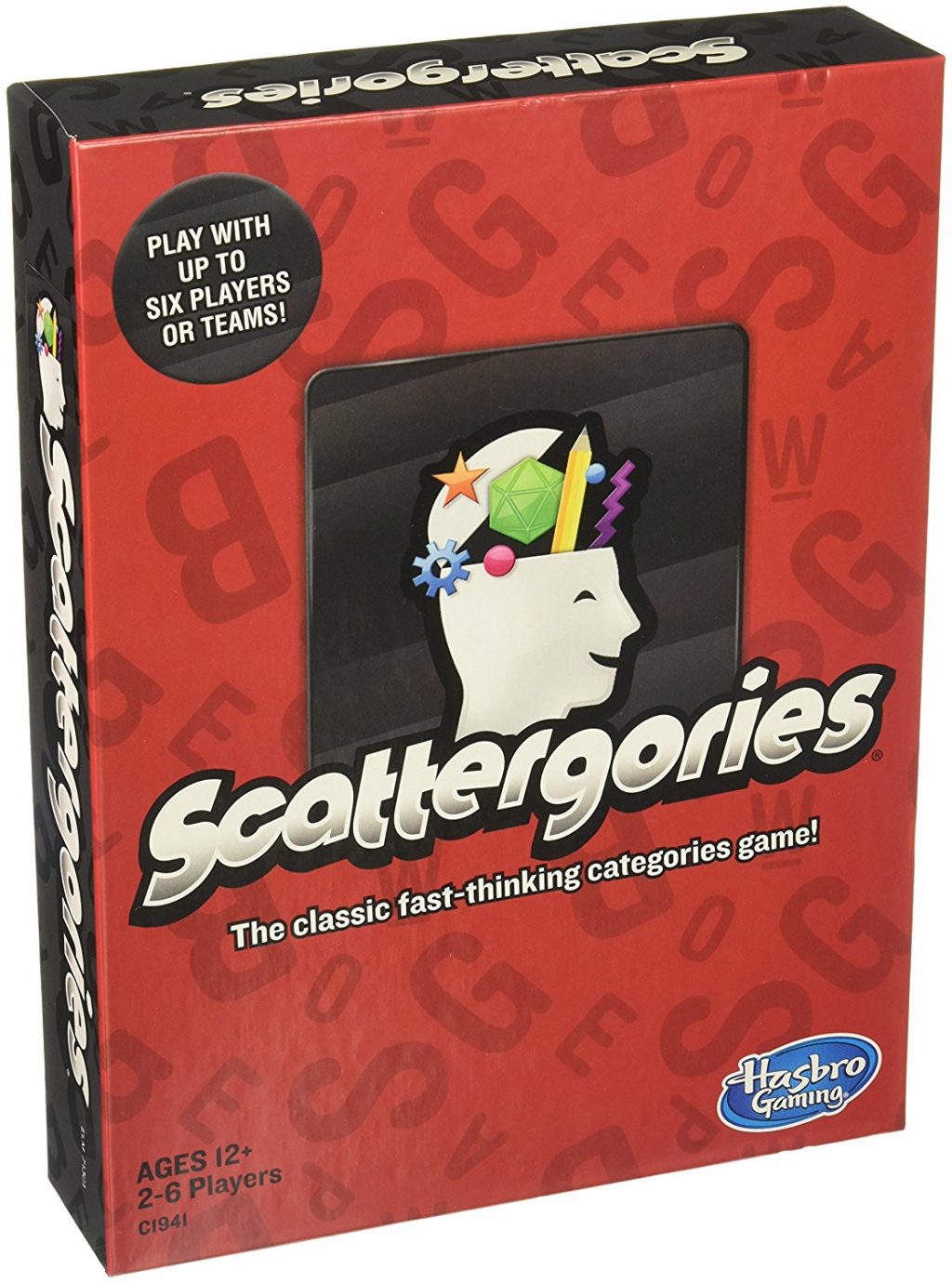 Scattergories is a great way for students to work on and practice the words they already know.  Players are given a list of ten categories for that round.  While they do come with the game, you can always make up your own categories to suit the needs of your particular classroom.  The game is started when a 26-sided die is rolled to reveal a letter.

Players must then think of words that start with that letter for each of the ten categories.  Usually, a timer is set and when time runs out the round is ended.  Players read their words to the group.  The kicker is, any word used by more than one player is knocked out and doesn’t count.  This teaches students to try to expand their vocabulary beyond common words to avoid that fate.

Beginning learners might benefit from a smaller list of categories and having it tied into some other lesson you are working on in class. 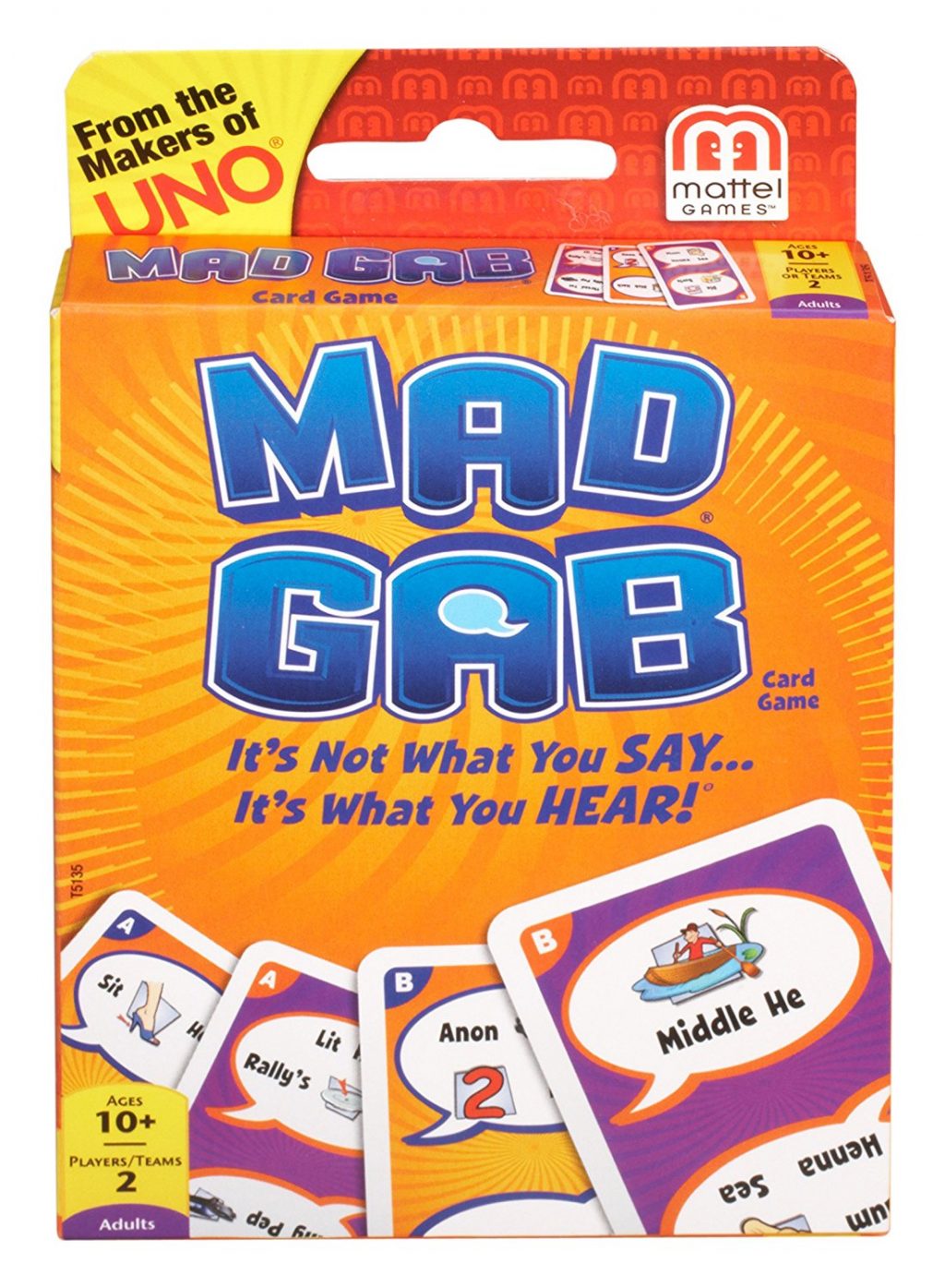 This game is not a classic, but one that would likely work in more advanced classrooms.  Players say the words they think go along with the pictures on the cards.  The phrase that solves the puzzle will sound similar to the words said outloud, but not exactly.  For example, one puzzle is the picture of a man’s head with an arrow pointing to his hair + the words “fours” and “won”.  Did you guess the answer?  (Air Force One)

As I said before, this is definitely for more advanced students but in the right classroom it can help with listening skills and word and phrase differentiation.  It also sounds like a lot of fun. The risk is using it with students that aren’t able yet to grasp the nuances of English needed for the game.