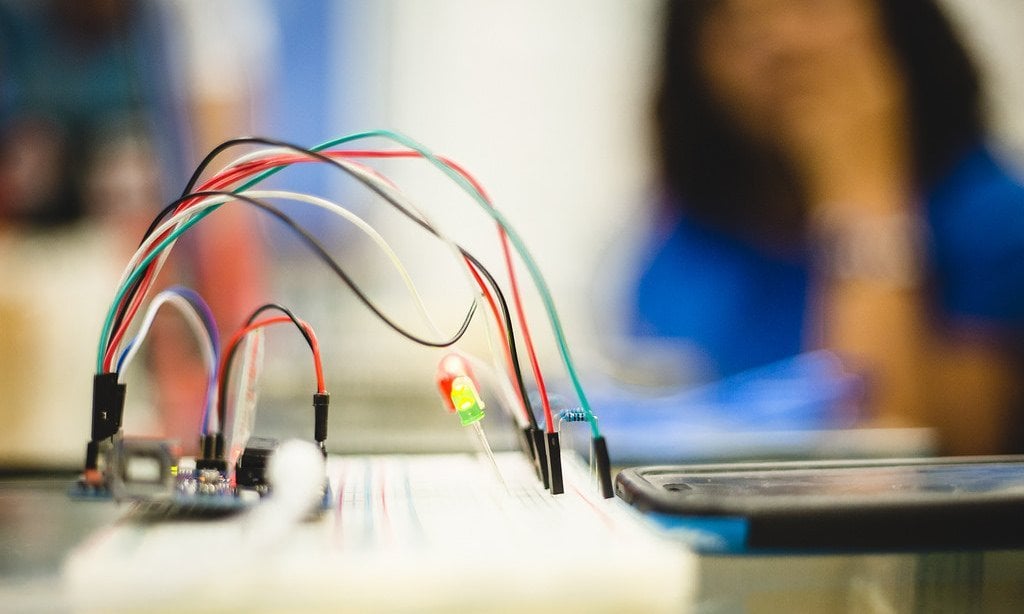 Arduino kits are a modern take on the electronics kits that many of us fiddled with as children. However, Arduino takes it a step further by using a microprocessor that can be programmed with simple “sketches” uploaded to the component. The programmer writes these  “sketches”, or programs,  by using and manipulating pre-written, open-source code.

Many kits include the pieces to build robots that can be controlled with an Arduino compatible controller and others have basic components to assemble various Arduino programmed devices. Building Arduino devices and robots encourages creative maker skills in young engineers, as well as basic electronics and programming. It may seem a bit complicated at first, but Arduino programming is relatively simple and generally easily grasped by a young, tech-savvy generation. The results are fun, programmable devices that kids will love to play with. 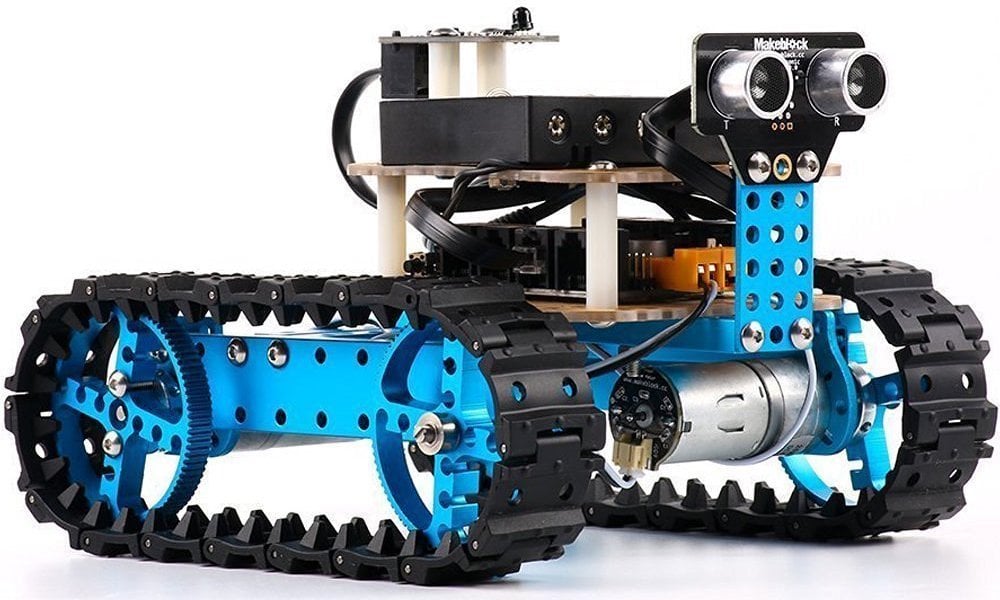 Beginners learning robotics and Arduino programming will enjoy building a robot tank or a three-wheeled robot car with the Make block Educational Starter Robot Kit. Everything is needed to build your vehicle and use the Arduino based controller that is fully integrated into the Scratch programming environment, specifically mBlock, an Arduino programming editor customized specifically for Makeblock products. No soldering is required, making it a safer build for young makers. It’s also available in a Bluetooth version that can be controlled with a smartphone or tablet. This is a great robotics kit- especially for beginners, especially if you’re teaching robotics and engineering to high school students. This starter kit stands out regarding its toughness and ease of programming for beginners. 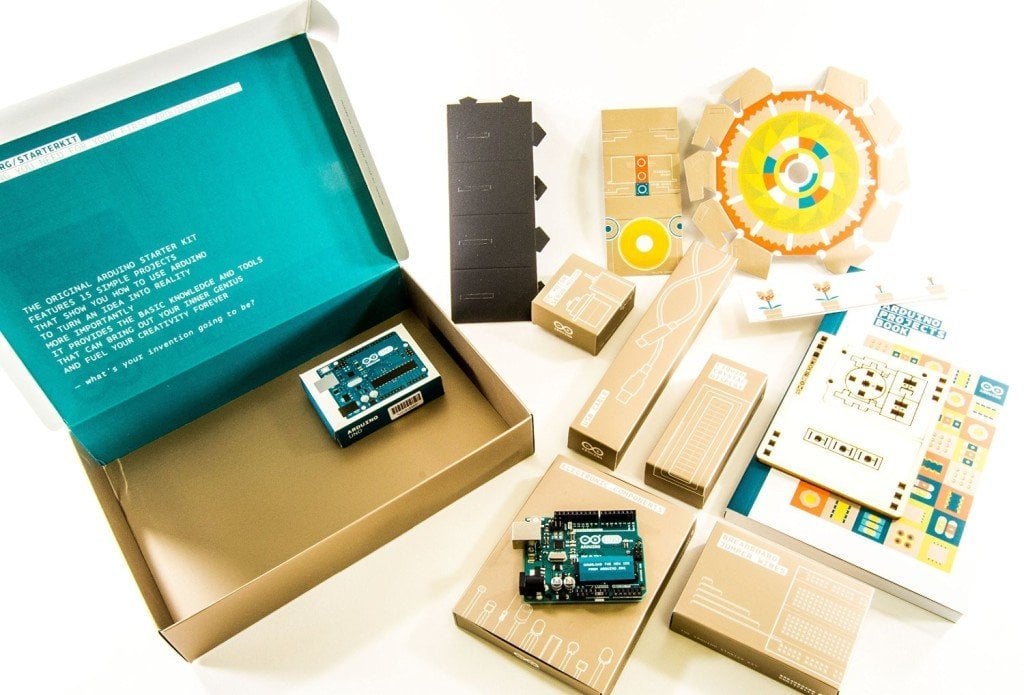 The Arduino Starter Kit is described as the only “Official Arduino Starter Kit”. Using a 170 page projects book, this kit teaches Arduino by guiding the programmer through several hands-on projects. Fun projects include a light theremin: a musical instrument played by waving your hands, a crystal ball, and a motorized pinwheel, and more. 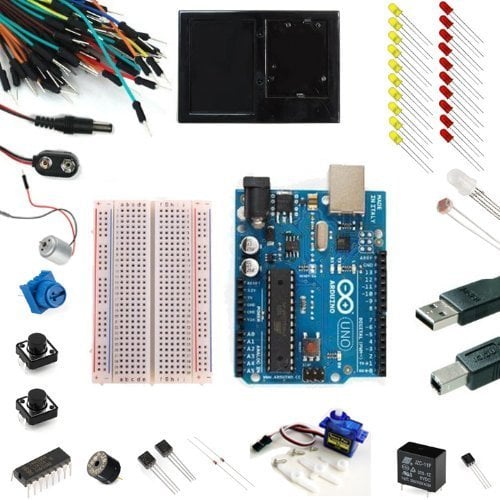 The Arduino Uno Ultimate Starter Kit has everything needed to get started in Arduino programming. A full color, 72-page instruction manual introduces Arduino programming and explains how each of the kit’s components is used. This kit is primarily a teaching tool for Arduino programming but the components can be used to create a few fun projects as well. The tutorial book is exceptional, and all of the provided code is packed with comments and documentation. This is a fantastic kit which is absolutely worth it if you’re a complete beginner to Arduino. 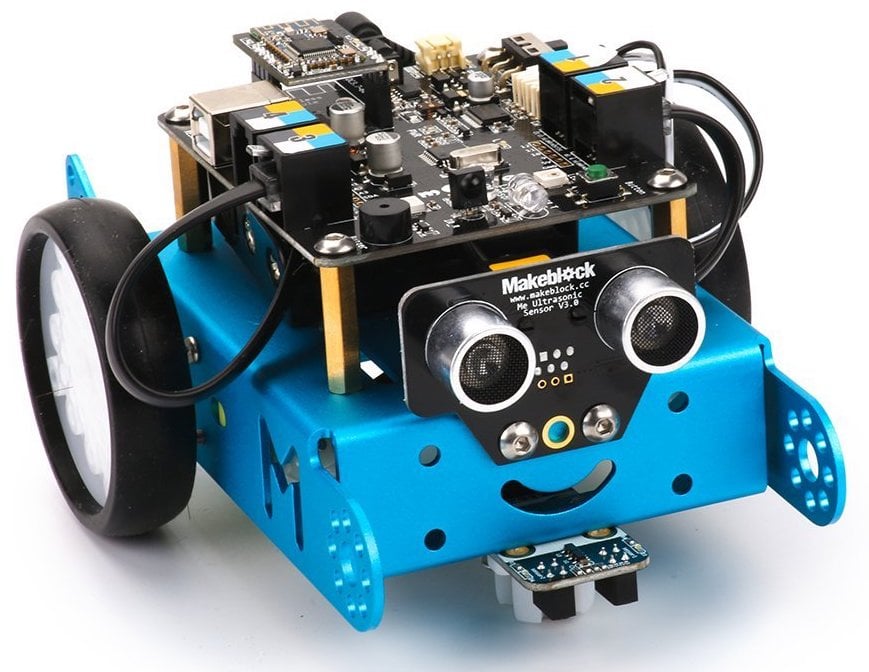 The Makeblock mBot Educational Robot Kit for Kids can be controlled using Bluetooth and a mobile device or programmed using mBot’s scratch based software for Arduino. This is a fun robot for kids to build and control that can be used to introduce programming or expand their programming experience. Makeblock managed to create a frustration-free robot kit for kids. Kids should be able to assemble it in about 15 minutes with some supervision. As an added bonus,  the correct screwdrivers are included, so no rooting around in Dad’s toolbox! Arduino boards have opened robotics up to a new generation of hobbyists, but the coding requirements generally left it out of reach for children. This kit is no exception, it combines a set of components designed to work together with software that is accessible for kids.

Designed with young programmers in mind, the ArcBotics Sparki The Easy Arduino DIY Robot is a simple robot for beginners but has enough features to be fun for more advanced users. Unlike other Arduino kits that require assembly, Sparki works out of the box with its own controller but can also be used with ArcBotics’ custom Arduino software. For learning, this is one set. Other owners of Sparki have code that they’ve written posted online, so I highly recommend searching for this as well. Sparki is an excellent learning resource for anyone that has basic computer knowledge (more than social networking), whether they be adult or child. 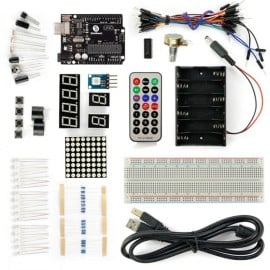 An inexpensive and simple kit, the SainSmart New Basic Starter Kit for Arduino comes with lots of common electronic components and is perfect for beginners. It includes a manual for creating a few fun projects as well as a convenient storage case. No soldering required, making it a great option for kids. This is the perfect pun kit that kids can build themselves; seeing Arduino works and how it works, and have serious fun! This is a kit with everything. 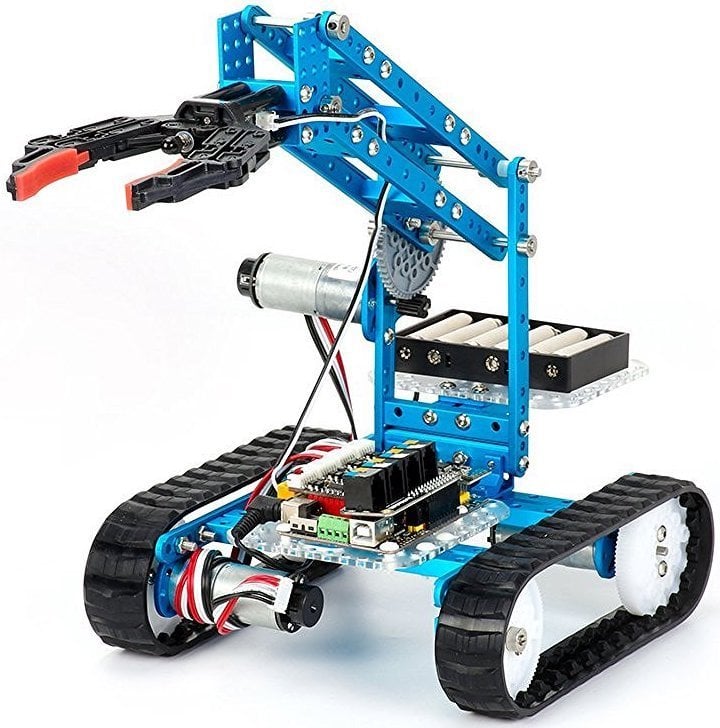 With the ability to build several very cool, durable robots, the Makeblock Ultimate Robot Kit is a little expensive compared to other Arduino kits, but completely worth it. It’s a great kit for beginners but is complex enough for advanced users to enjoy. The robots are easy to assemble and can be controlled via mobile devices and Bluetooth, or using the Arduino compatible controller. The electronics are snap no soldering required. Using Arduino-compatible components opens up a huge amount of tutorials and libraries.

Arduino kits are a fantastic way for children to explore electronics and learn basic programming skills. Have you tried Arduino with your kids? Tell us about it in the comments below!