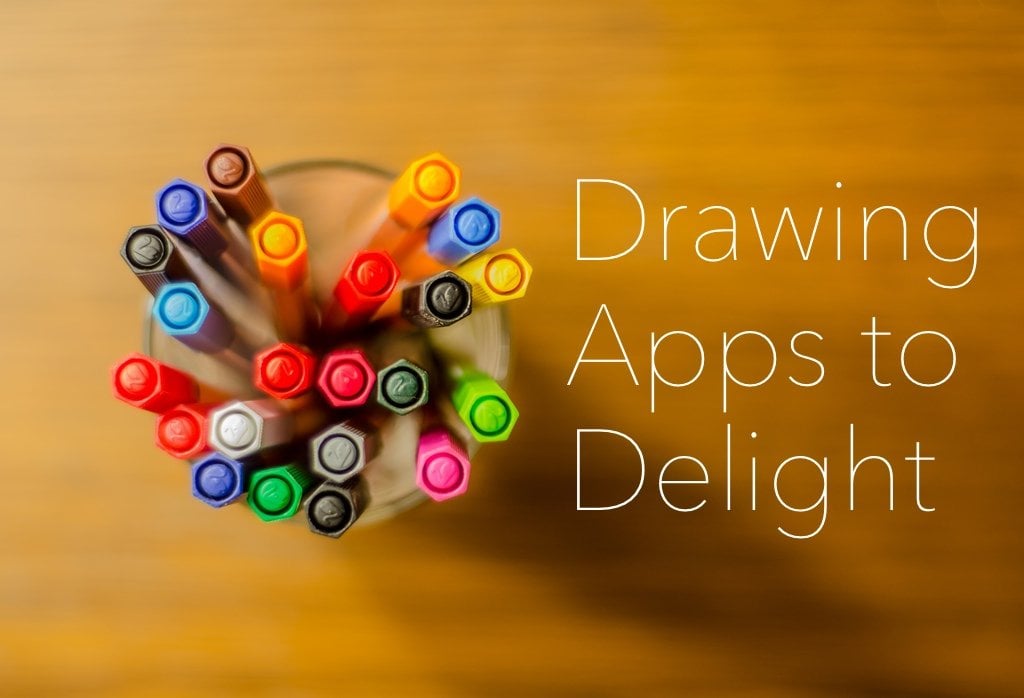 At last official count, the number of drawing apps in the app store was estimated at… well, A LOT. With some free, some ridiculously expensive and some just really awful, choosing the best one for your kids can be a bit of a stab in the dark.

In the five drawing apps below, I’ve tried to find the best mix for different age groups, artistic styles and practical applications, to help you find the right app to unleash the Warhol in your whippersnapper.

Foldify Zoo gets to go first on this list because I just love how it takes a digital creation and produces a tangible (and cheap) product that kids can play with in the real world. There are not many examples of this done well in technology, but it is a real joy to watch kids create with Foldify. The original Foldify app was awarded “Apple 2012 Editor’s Choice” as well as voted the “Best of 2013” and this latest Zoo app is even better!

Kind of reversing the concept of Foldify, we featured ColAR Mix as part of our 7 Apps the Best Teachers Are Using post. And quite frankly, the fun we have had with this app warrants a second thumbs up. The delight on kid’s faces when they see their drawing burst into life on the iPad screen is just something else. Not to mention, the puzzled looks from young and old alike can create a great conversation for discussing augmented reality. 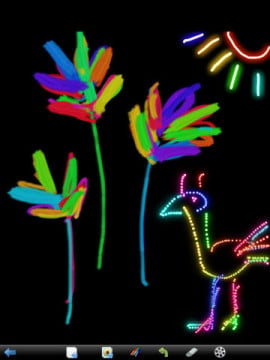 The best of the free drawing apps made specifically for kids, Kids Doodle has a simplified interface and a neat way of making colours burst out of the screen.

With intentionally limited drawing capabilities (to keep the app simple) compared to more advanced drawing apps (see below), Kids Doodle is definitely suited for younger  kids, but had a number of specific features to keep drawing fun. “Movie Mode” allows kids to play back drawing steps, and an import feature lets kids doodle over family photos or images from the web.

It doesn’t happen very often, but I liked this app so much I actually performed the unthinkable… I did an in-app purchase. I know! Who does that? There is just something about the way brushes paint on this app that makes it feel very natural. And the beauty of this for kids, is that very simple gestures can make some really impressive art. Available with a physical stylus, but perfectly great without, Paper is most definitely my favourite overall drawing app experience.

To understand the amazing power of this drawing app, just watch the below video. This picture of Morgan Freeman looks more like Morgan Freeman than the man himself! It’s actually kind of creepy! But it does show that if your kids are looking to take drawing apps to the next level, this is the only app for it. Used by professional artists and many aspiring, Procreate is the app to choose if you want to encourage your kids to create some real works of art.

What drawing apps have your kids fallen in love with? Let us know your top picks in the comments below.