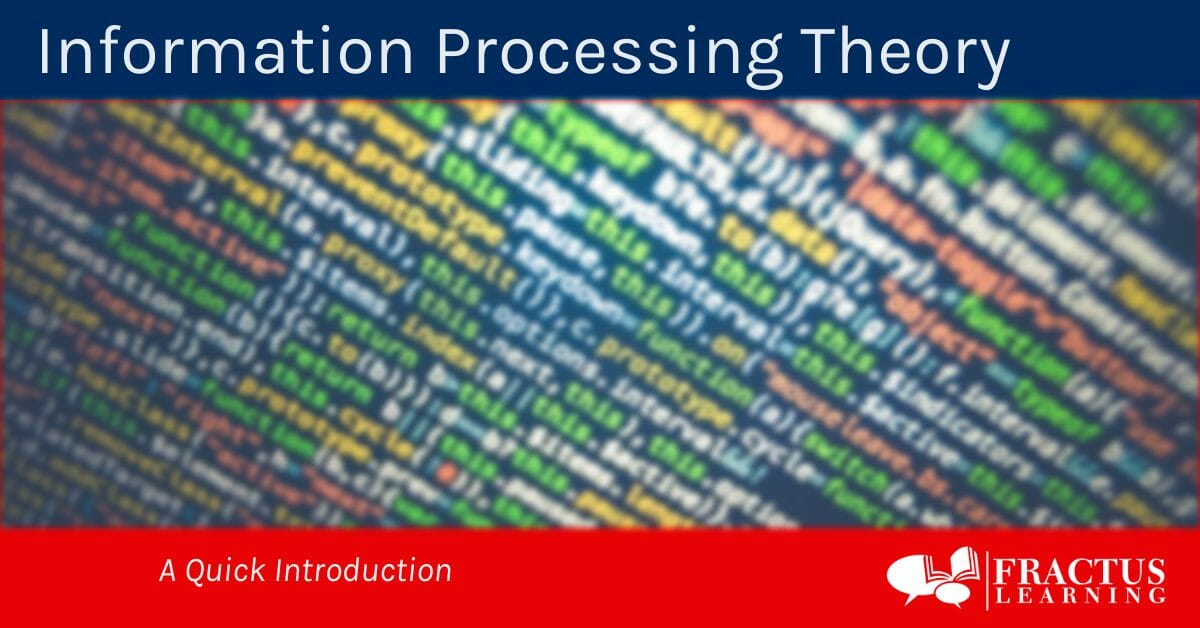 You have heard the saying that your brain is like a computer. Many may agree, but some would disagree, stating that you cannot compare the two because a human brain can do things computers cannot, like experiencing emotions. Computers that break can be fixed by replacing the parts; a human’s brain is not that easy to fix. Despite the differences, when American psychologists developed the information processing theory in the 1950s, the analogy between the human brain and a computer was introduced.

Cognitive psychology followed behaviorism and overshadowed it. The computer analogy played a role in the cognitive approach, becoming the dominant approach. Cognitive psychology sees a human being as a processor of information, just like a computer processes data. The development of computers gave the psychologist the metaphor for comparing and explaining human mental processing.

Who made the Information Processing Theory?

American psychologist George Armitage Miller was one of the founders of cognitive psychology. He was born on February 3, 1920, in Charleston, West Virginia. He received a B.A. in history and an M.A. in speech at the University of Alabama. During World War II, in 1946, he received a Ph.D. in Experimental Psychology at Harvard University. He later did research and taught at Harvard, Rockefeller University, and Massachusetts Institute of Technology (MIT). He joined Princeton University in 1979 and became professor emeritus in 1990.

George Miller found behaviorism limiting and argued that the mind could be studied scientifically through empirical and objective means. In 1991, he was awarded the National Medal of Science for his pioneering contribution to the understanding of the human mind. He was also a leader in short term memory and linguistics studies.

His famous paper, “The Magical Number Seven, Plus or Minus Two,” published in 1956, is still sited today. In the article, he suggested that the span and quantity of information a human brain can store at a given time influenced the limitation of an individual’s short term memory. According to Miller, the short term memory could only hold 5-9 meaningful units or chunks of information.

Loftus and others modified the model.

What is Information Processing Theory in Psychology?

The model focuses on how information is stored in a person’s memory. According to the stage theory model, there are three stages of information moves through intermittently.

According to the parallel-distributed processing model information is not processed in stages but simultaneously by different parts of the memory system.

The connections model indicates that with a network of connections, information is stored in multiple locations throughout the brain. The model extended the parallel-distributed model; it is also consistent with the level processing approach—the more connections to a single concept, the more likely it is remembered.

Cognitive psychologists may have different views, but they agree regarding the four basic principles.

Restrictions like bottlenecks occur when information is processed, limiting the flow and information processing at specific points.

A control mechanism oversees the processes and uses some of its processing capability. The processing power required in managing the encoding, transformation, processing, storage, retrieval, and utilization of information may differ, e.g., learning a new task requires more effort than repeating a routine task.

Information flows in two ways. You continuously use information coming in from the senses and data stored in memory.

Human beings are genetically designed to process and organize information in specific ways—e.g., language development and the attention infants give when staring at a familiar human’s face.

What is Information Processing Learning Theory?

George Miller developed the information processing theory by comparing it to a computer model. According to him, learning is changing the knowledge stored by an individual’s memory. Information processing is an analysis of a fixed pattern of how the human mind learns something new.

By knowing the pattern, educators can improve the learning environment for students. They can also assist adults and children with learning disabilities to learn faster.

Teachers may encourage students to process the content more deeply by providing participative and active forms of learning.

Examples of using Information Processing Theory in the Classroom

What are the 3 stages of Information Processing Theory?

Input devices, like a keyboard or touch screen. Are used to input data into a computer. The input devices in a human are their sensory organs. Humans receive information about their surroundings through sight, taste, smell, hearing, and touch.

The computer processes the data in the central processing unit; in a human mind, information is processed in the short-term memory or working memory. Here the data is either used, discarded, or transferred to the long-term memory for retrieval.

Miller’s s 7-plus or minus-2 cognitive chunks applies to information processing in short-term memory. According to Miller, most individuals have seven cognitive slots available to be filled with information at a given time. It varies among two among different individuals.

With such a small capacity, the working memory cannot store all the data from the sensory memory. The information may be discarded as irrelevant within 5-30 seconds if not processed. Processing happens in two ways in the short-term memory. Maintenance rehearsal is repeating the information to remember it for now, like a phone number or instructions. A few hours later, you will have forgotten the phone number.

When you connect the information with previously learned information, the two integrate improves the memory. The longer the elaborative rehearsal occurs, like when practicing hitting a ball, the more automatic it becomes. A tennis player that has been practicing for months hits a ball automatically compared to someone who has never hit a ball. Automatic responses need less working memory space because it requires less working memory resources.

When sufficiently processed in the working memory or short term memory, the information is stored in long term memory. Long term memory has no limitation in its storing capacity of data.

Comparing how the human mind is processing information to how a computer is processing data was first described by George A. Miller. It was an excellent metaphor to describe the learning processing theory. Cognitive psychologist George Miller developed the theory, and it was later expanded on by various psychologists.

The theory is a practical tool for teachers to help students through the processes of learning new information and the ability to retrieve necessary knowledge from their long-term memories.