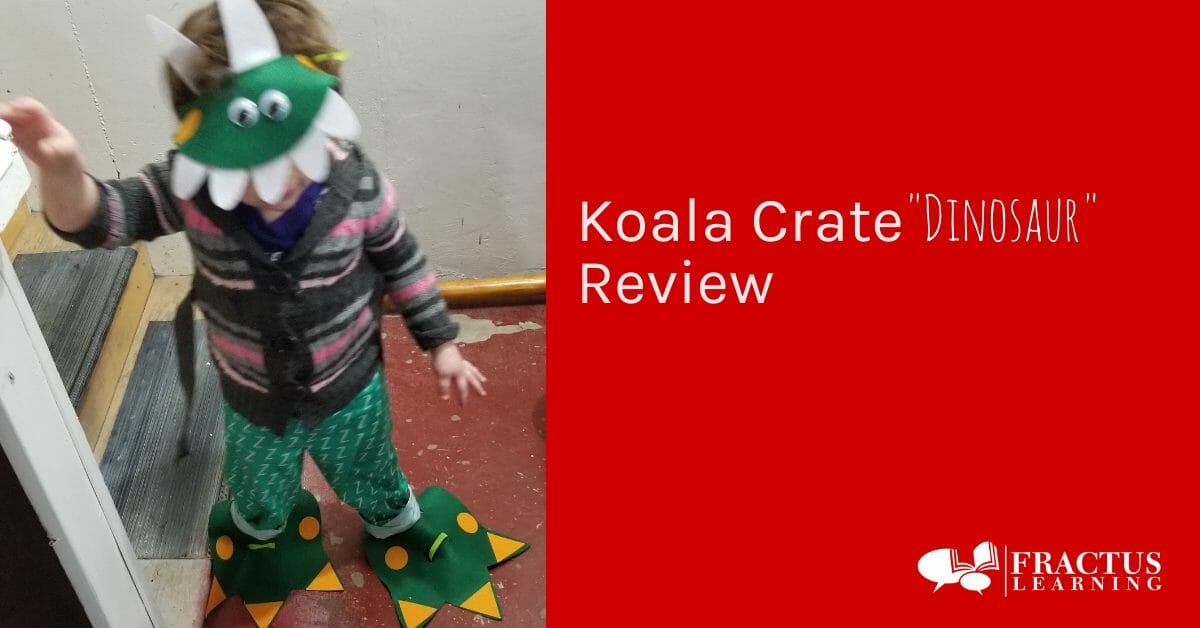 The Kolala crate is a monthly project-box from KiwiCo designed for the preschool crowd.  If your child is aged 3 to 5 years old, this is the crate for you.

We’ve had these boxes for some time, but have found many parents willing do help in reviewing now that they have more time to spend with their kids during the lockdown.  Therefore we’ll be putting out quite a few reviews covering a few months of boxes close together.  This way, you’ll get a better idea if a Koala Crate subscription is right for your child.

Is the Koala Crate the best toddler subscription box on the market? Is it right for your daughter or son? Read on to learn more.

Note: KiwiCo was kind enough to provide us with a free crate to review for this article.

Who Is The Koala Crate Subscription Box Made For?

The Koala  Crate is targeted at children under 3 years of age.  It is their toddler subscription crate that hit the market about a year ago.  Kiwi Co has a variety of different subscription products and options available for kids of all ages.   Our staff has been quite impressed with the quality of their crates – so much so that we’ve gone through and reviewed all of their product line.

You can view our Kiwico subscription box reviews here for more detailed information, but the short version is:

Toddler Time With The Koala Crate: Our Box Review

I no longer have any children in the toddler age group; all of my children are teenagers.  Therefore, I had to rely on the help of one of our Friend’s of Fractus to review the crate.  His daughter is just over three years old.

I interviewed him – the father, not the toddler :)  – to get his take on the crate quality, entertainment value and educational value.  The pictures and comments below are directly from the reviewer family – with some basic editing.

The Theme This Month Was "Dinosaurs" - Summer 2020 Review

My 3 1/2-year-old loved the dinosaurs.  She currently is really in a dinosaur phase    Upon opening the box, my first impression was how well the box was packed and organized.  Everything seemed to have its own spot that was easy to get to.

I pulled out the instructions and let my daughter look them as well as the magazine that came along with it.

The first thing she jumped right into was the fossils.  That was my cue to open the plastic packaging for her and then let her go to it.   She looked at the pictures and the sticker pattern and was able to get all the stickers in the correct place without guidance. 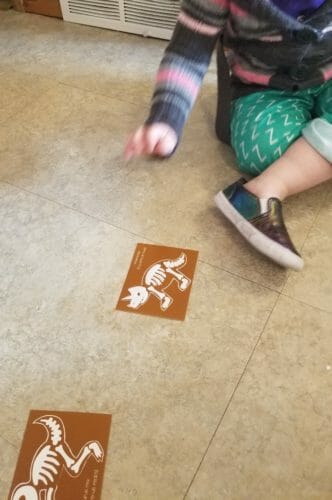 The second activity was creating a dinosaur costume.   She was able to follow the directions based on the pictures alone to put the stickers on the felt all in the correct places.    The only help she was provided with was opening the packaging and tying him elastic on to the felt pieces.

We had some challenges with the dinosaur costume feet.  My daughter has smaller feet so the first attempt was not great – the feet kept falling off.   After a quick adjustment to the size, they stayed on fine.

She left the costume on for a large portion of the rest of the day.     You can see her in it when she works with the clay for the clay fossil activity. 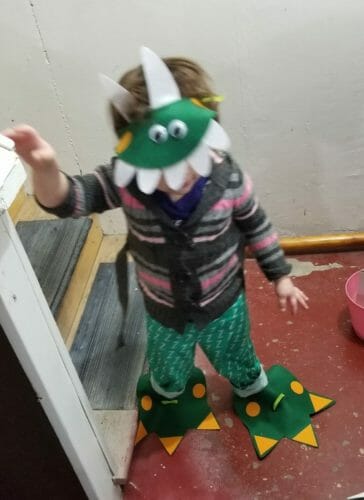 When we worked on the clay I showed her how to knead the clay and let her try it out.   She did not have quite enough dexterity to do all of the kneading by herself.   I opened the package and split the clay in half.

She was able to roll the clay into a ball and press it on the fossil alone.    I had to peel it off as she had a little difficulty when she tried on her own.

The dinosaur matching game was another easy to follow activity.    She had punched out all of the tokens on her own.  She needed a little help learning how to spin the spinner.  Once she mastered it, she had a blast spinning and moving the tokens to where they were supposed to go.

This was a lot of fun for both me and my daughter.  She had a huge smile on her face the whole time.   There was a sense of excitement after she did a portion of the activities followed by an “I did it!”  moment.  It’s a great way to build up self-esteem by completing activities.

The directions were very easy to follow, well written and the pictures made it easy for a 3.5-year-old to follow without having to read anything.

The included Imagine magazine was a great addition; it is an educational piece that provided even more activities for her to do.   She enjoyed pointing at the pictures of dinosaurs in the book and was able to do the seek and find activity in the book as well.

This is a definite 5 out of 5 and a great chance for me to spend some time with my toddler.

The Verdict: The Panda Crate Is Fun and Educational

Our tester family thought the crate was a lot of fun.  There’s replay value for his toddler, and it allowed the two of them to spend some quality time together having a good afternoon.  Really, what more can you ask out of a $30 monthly subscription box?

When asked about what Kiwico could improve, his only suggestion was he thought the signal light took a bit longer than it should have to put together.  Otherwise, he felt the quality of the parts and the length of activities were a great fit for his 2 year old son.

Check out the available SPECIAL OFFER for Fractus Learning readers at this link!

Absolutely!  The Panda Crate currently can be shipped to over 40 countries.  Shipping is free in the United States of America, and varies between$3.95 to around $7 for other countries.  You can find all the information on their support page.

Bryan is the current editor of Fractus Learning. Coming from a background of financial and governmental research, Bryan is excited about being able to meld his passion for technology and education in one place.

WAIT! Check out this Offer From KiwiCo!

Get A REMARKABLE DEAL!