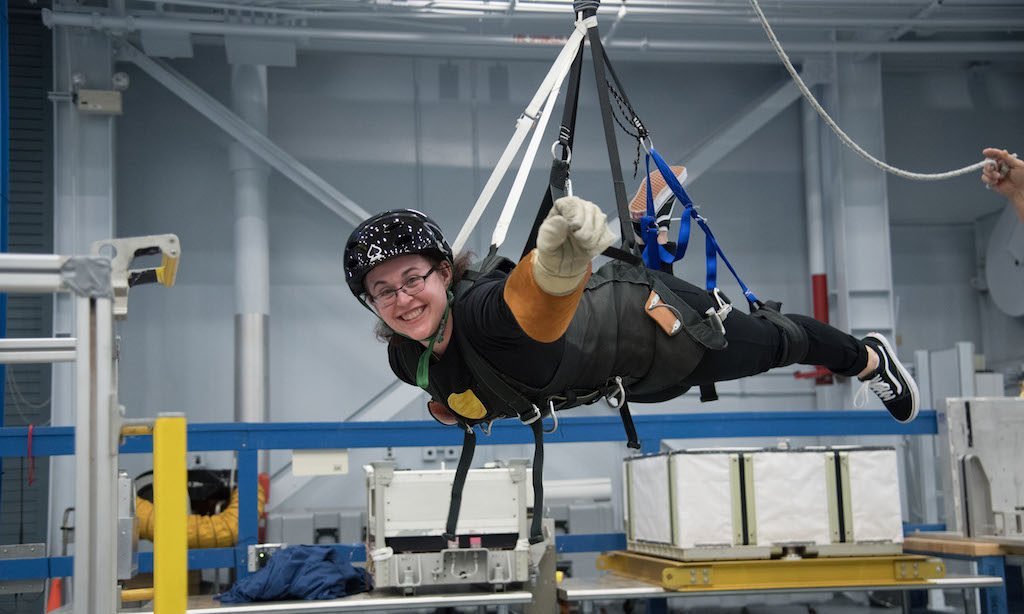 Within all of us, there lies a desire to explore. It can be as simple as trying a new cuisine or as complicated as diving into the depths of an ocean to see the vibrant colors of coral reefs. It drives us to push past our comfort zones and reach for the stars.

Learning how to harness the innate need to pioneer new frontiers in our students can be difficult at times, perhaps even overwhelming. Each year we are faced with trying to check off all of the necessary boxes required during the school year. That leaves little extra time to create new activities that excite and feed our inner explorer. This is where dedicated programs like NASA Education can help.

This group of educator professionals works tirelessly to create educational materials for immediate use in classrooms around the world. From an interactive notebook that brings alive the concepts found in “Hidden Figures” to multiple free webinars on everything from life on the International Space Station (ISS) to propulsion and more. Beyond these downloadable lessons and virtual fields trips, there is a multitude of onsite professional development programs. These are funded through the STEM Education and Accountability Projects (SEAP) and teachers can easily apply to partake.

My Voyage To NASA

I learned first-hand just how life changing these experiences can be. I was fortunate to be one of sixty educators from around the United States and its territories to participate in NASA’s Microgravity University for Educators (MgUE) this year. And yes, that is me in the above photograph on the same Partial Gravity Simulator that the very first astronauts who walked on the moon, including Neil Armstrong, trained on. And yes, I had goosebumps the entire time and kept asking my new MgUE friends to pinch me as I floated above the floor practicing daily tasks in simulated microgravity. 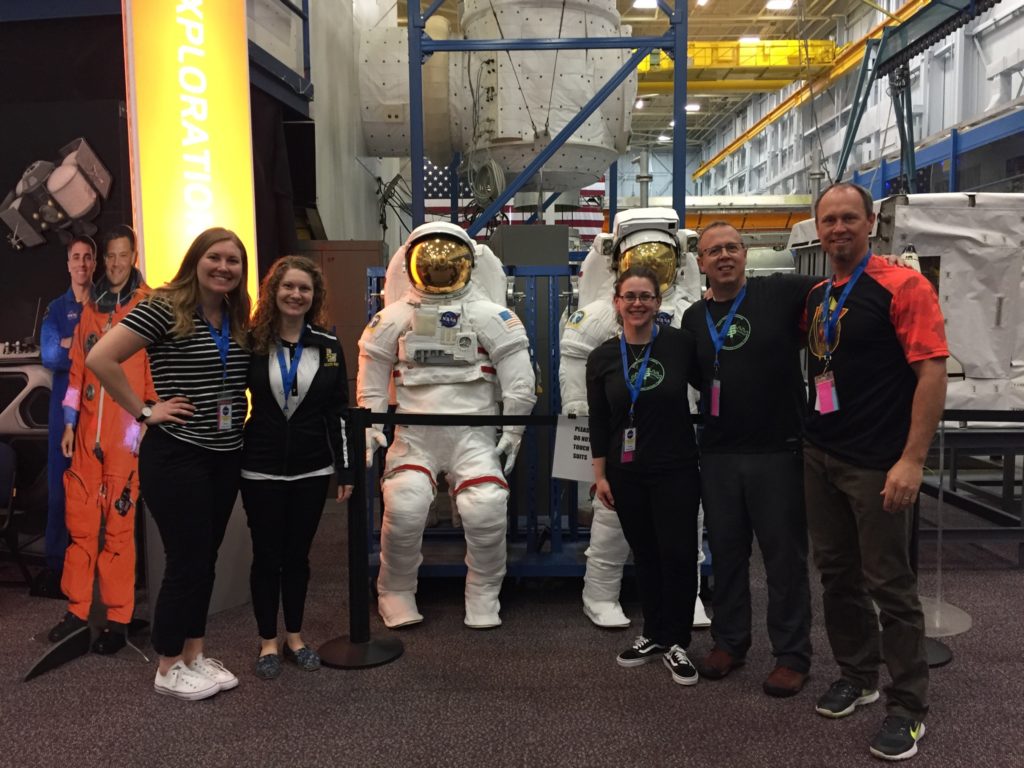 When I started the school year I never thought I would be learning about microgravity, long duration space travel for a journey to Mars and life aboard the ISS, telescopes – not to mention NASA’s love for acronyms. After all, I am a French teacher, when on earth would I use such concepts in my classroom? Turns out more than you would initially think.

My own journey to Mars began in the fall. Our school had just adopted a new schedule. For the first time since I had started at Saint Thomas Academy in 2002, I had a homeroom, or as we call it, flex time. Every day for forty-five minutes I would be responsible for fifteen sophomore boys, a task that could prove daunting for even a seasoned leader of these wise fools. When I met with my flex students that first day in August I remember telling them that we were not only going to use our time together to study, tutor and learn academic skills, we were going to build stuff.

What kind of stuff? I had no idea at the time.

As the fall marched on, physics teacher Mark Westlake, math teacher Kara Ehlert and I talked about doing a project with our flex students. As he perused Facebook one day, Mark said, “What do you think about applying for a NASA program called Microgravity University for Educators? They want teachers and students to build Satellite Launching Experimental Devices (SLED) that mimic payload deliveries in space.”

Excited at the opportunity to get students involved in a hands-on project sponsored by NASA, we pitched the project to our students and administrators. Naturally, we received an enthusiastic thumbs-up from all parties. A big incentive was that if we were chosen, our team of educators would test the student-built device at Johnson Space Center in their Space Vehicle Mock-Up Facility (SVMF) in Houston, Texas, on the Precision Air Bearing Floor (PABF), the very same one that astronauts use to train on.

The best part? It was fully funded by NASA.

NASA required a group of five teachers per application. So, we reached out to fellow educators and friends, Emily Dauk, a math teacher from Mankato East High School and Ted Siefkes, a science teacher at Scott Highlands Middle School. Did they want to join us on our journey to the red planet? Both Emily and Ted were as excited as we were about the possibility of going to NASA. 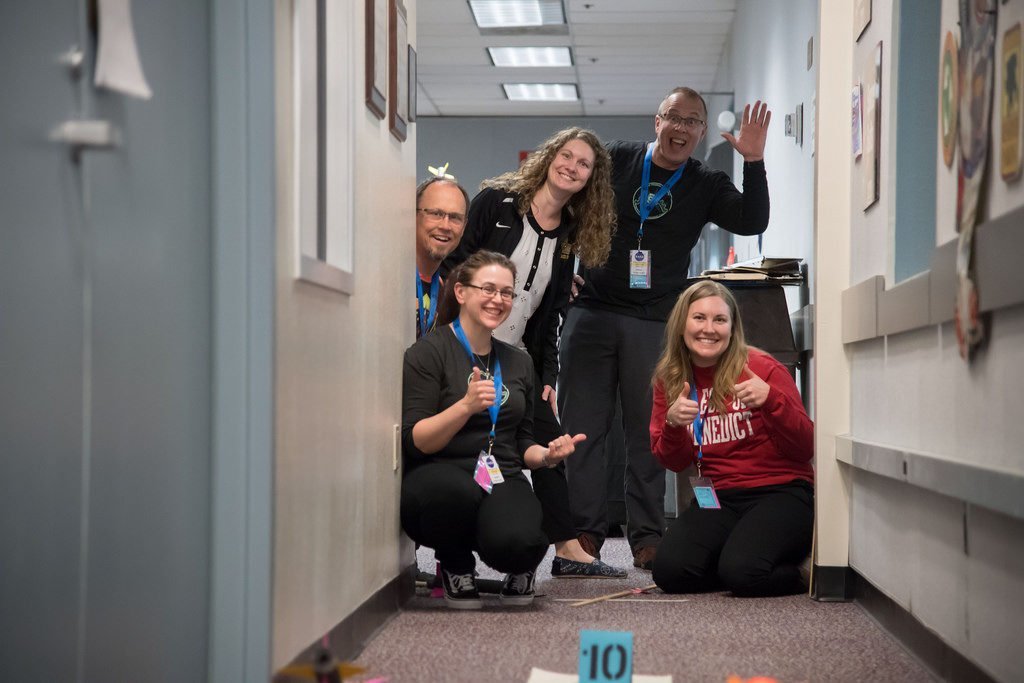 What About Our Students?

Our students began work on the SLED straight away while we worked on the application. In each of our five classrooms, students designed simple launchers to release the air powered hover disk at a constant speed. They then picked the best design and we submitted everything the end of November. My flex students put up a countdown on our whiteboard as we waited to hear news of our approval from NASA and as we marked off each day our anticipation grew. 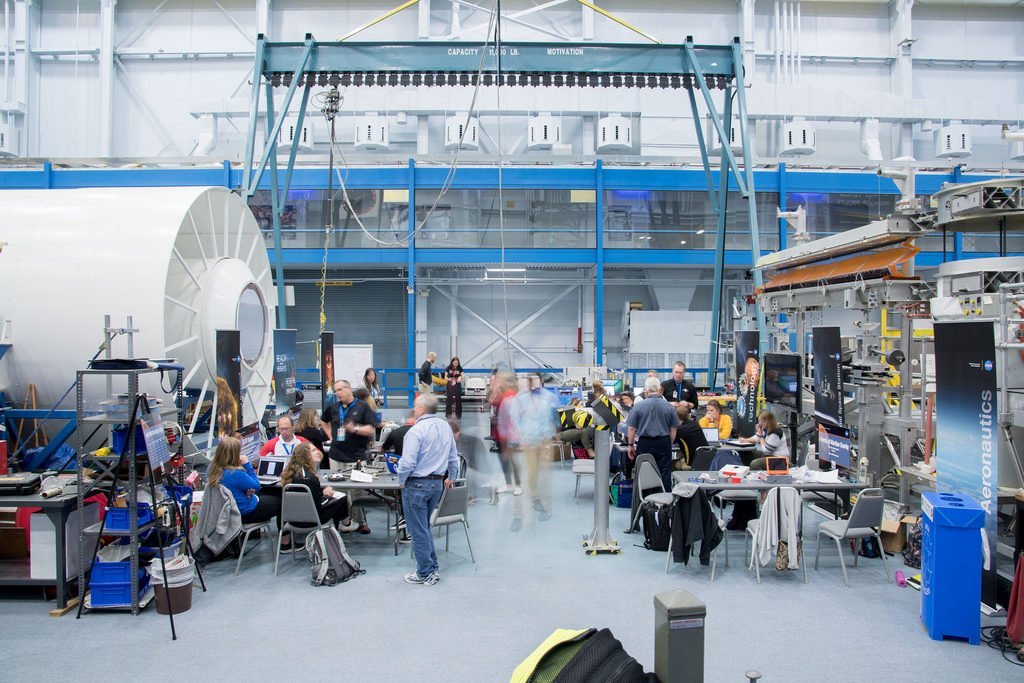 When news of our acceptance came in mid-December I don’t know who was more excited, our students or us teachers. We were actually going to the very same training facility that real-life astronauts use! I had to pinch myself several times to remember that it wasn’t a dream.

In April we arrived at NASA to test the SLED on the PABF. When we walked into the Space Vehicle Mock-up Facility I was in a state of admiration and wonderment, a state which I never left the entire week. A full-size replica of the International Space Station (ISS) sat near a mock-up of a Space Shuttle and several astronaut suits. It was truly awe-inspiring. On one of the walls, oversized mission patches were hung, from missions whose crews are remembered posthumously. Seeing the large Challenger insignia held special significance as it contained teacher turned payload specialist, Christa McAuliffe. A simple red apple, the emblem used so often to represent teachers, resides next to her name to honor her career as an educator. 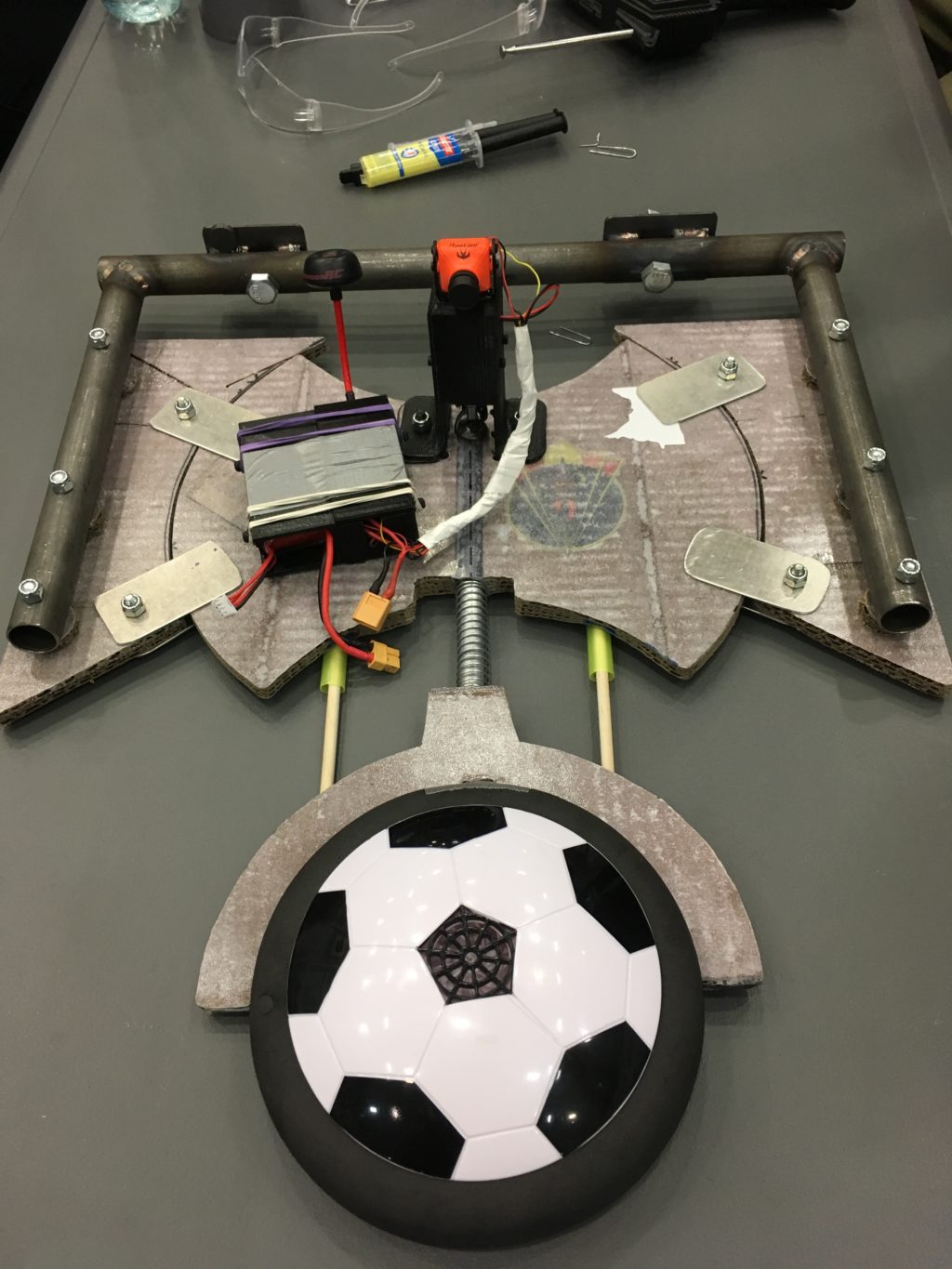 We tested our students’ project on two different days while we were there. The first test day we were close many times but the disk never entered the holes on the cardboard Mars that zoomed past.

When we talked to our students via a live stream they suggested we try and add a spring for more power, or add a stronger spring to our release mechanism. On the second day of testing after changing out the spring and adding another half spring, our SLED had enough power to propel our disk into the targets four times, the record for our week at NASA MgUE. After our second shot on goal, we were reminded that we were in a working facility and should make sure that any future goals would not result in excessive celebration! But honestly, after so much hard work it was difficult to keep quiet about our small successes.

What I was not prepared for was how this experience would change me as an educator. Our week at NASA was the best professional development that I have ever attended. We met with educators from all around the United States and talked to their students via Skype and NASA’s Direct Download. We each had wholly authentic experiences. These varied from Kara riding on the Space Rover, to Ted working on the PABF. Mark and Emily used a simulator of the Canadian Arm on the ISS, and I got to ride the Partial Gravity Simulator. We all came back with unique stories and experiences to share with our students.

Back to The Real World… 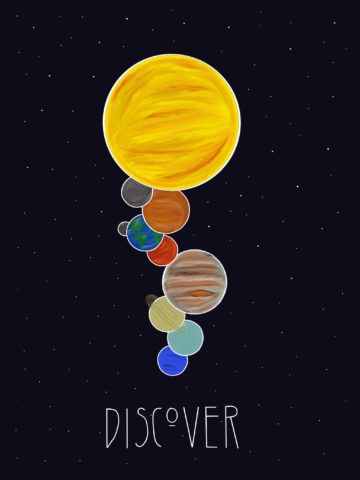 The other day my flex students turned to me and asked, “Madame, what are we going to build next year? Do you think there is another NASA program or something like it for us to do?”

It is said that the first astronauts to explore Mars are sitting in our classrooms right now. If that is the case, then we need to make sure our students are capable, curious, fearless and creative. We need to harness their inner explorers so that when they look up in the sky, they see not only the stars but also the limitless possibility.