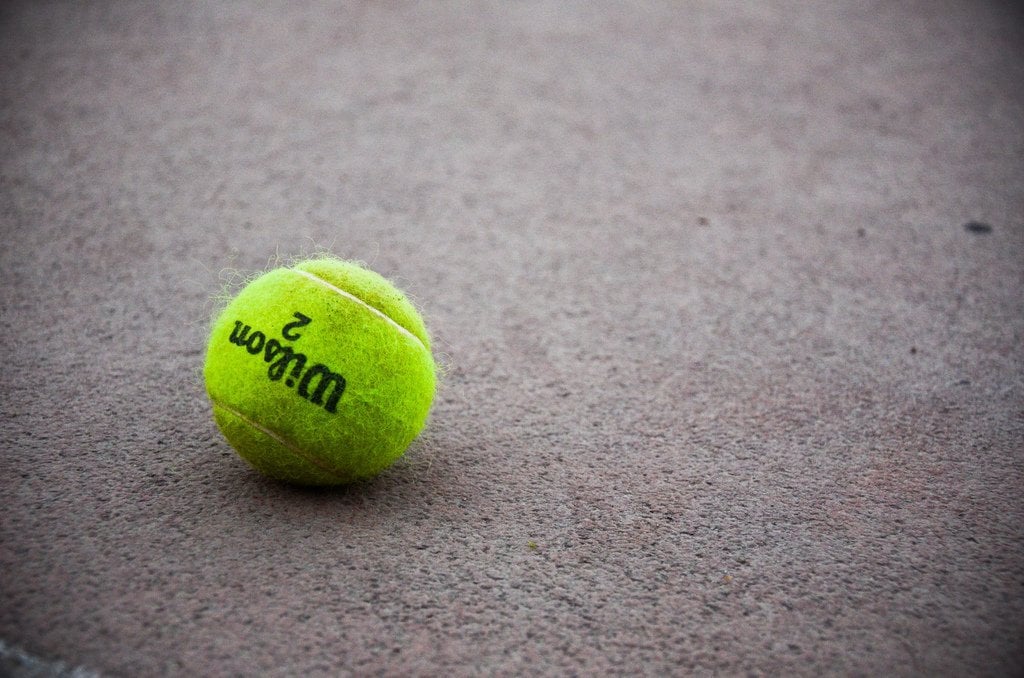 I can see you rolling your eyes. Another utterly elusive title from the man who, back in March, bought you the article “You Can’t Adjust the Sails from an Armchair.” (Go on, read that first. You know you want to!) But, if you’ve already read my earlier piece, let me explain the derivation of this new title. Recently, I came across the suggestion that teaching without Twitter was akin to “… playing tennis with a golf club.” Though, I should point out that I’m dreadful at most sports and using the club couldn’t make my tennis game any worse.

I first signed up to Twitter in April of 2012, which will be, forever more, my Twirthday. (I know how to speak the Twanguage!) For the first three or four months I really didn’t understand the potential of this ubiquitous social media network. I followed Stephen Fry, The Big Bang Theory and my favourite blues guitarist, Derek Trucks. But now, twelve months on, I have sent more than 5500 tweets and have almost 1100 followers, all of whom are somehow involved in education. I hope that I will, with time, be acknowledged as part of the Twitterati. I like the similarity to “Glitterati” and let’s face it; Twitter is probably the only venue where I can be a celebrity, one of the “beautiful people.”

In just the past few days I read with considerable interest an exceptional (… it’s the only type he writes) blog post from Tom Whitby. In “Twitterati: Progressive EDU Leaders or Outliers” the founder of #Edchat reflects upon the idea of connectedness amongst modern educators. He suggests, quite surprisingly, that teachers“…have not yet bowled over the profession with connectedness.” Indeed, Professor Whitby goes on to estimate that social media actively connects only around 200-300,000 educators. Whilst this is undoubtedly a significant number, he reminds his readers that the US alone has over seven million educators.

I am truly astounded that comparatively so few teachers have unlocked the benefits of Twitter in order to become a Tweacher. It is the ideal solution to what American Elementary School Principal Curt Rees has labeled as “Gilligan Syndrome”.

“When you find yourself stuck because you don’t have good resources to turn to for advice and help.”

I know that I was suffering from this syndrome (although I am more like the Skipper in age and body shape.) Twitter has been my salvation; it has connected me with a vast array of talented and exceedingly generous Tweeps (I promise that’s the last one!) who have reshaped and re-energized my classroom practice. Twitter has also afforded me opportunities such as this; indeed, Fractus Learning contacted me after seeing and valuing my online activity.

“Twitter has been my salvation; it has connected me with Tweeps who have reshaped my classroom practice”

I have tried desperately and fruitlessly to bring my “real world” colleagues into the fold via the eponymous #battt (Bring a Teacher to Twitter) hashtag. But, it seems I will be ignored like any other “prophet in my own land” and so I have decided to finish this post with a quick sermon. Here, for your perusal, I present my Ten Commandments for effective use of Twitter; the first eight are serious and based upon my experience. Numbers 9 and 10 I leave you to judge for yourself. Please remember that I am still a relative newcomer to the Twitterverse (OK, so it wasn’t the last one) and this advice comes from my own experiences so far.

Don’t be a perpetual “lurker”, jump right in and join the conversation. Others will value your contribution.

Think carefully before you tweet. The restriction of 140 characters obliges you to say exactly what you mean. And never, intentionally or otherwise, insult people who, mostly, you’ve never met face to face.

By all means ask your followers for help but it’s important to “give back.” Create worthwhile content and offer it, free of charge, to others. I spend perhaps two or three hours on Twitter each day but it is time well spent. As John Smith (@HoDTeacher) rightly says “…Twitter works best as a collaborative tool. The more you put in, the more you will get out of it.” You will find this insight and others in a recent post on Pragmatic Reform.

Join “Tweet Chats” on a regular basis. I personally have benefitted immensely from participating in #histedchat, a regular forum for History teachers.

The classroom practitioners of the future are, in my experience, delighted to connect with the “veterans.”

Follow back; after all, why would you want to limit the pool of expertise in your PLN. (I prefer to call it a “Personalized” Learning Network; after all, I control its composition.) Note: Typically, I do not immediately follow back educational businesses. If they are only interested in you as a possible customer, (and you fail to engage) they will soon “Unfollow” you.

Remember that Twitter is in actuality a micro-blogging platform. If you don’t “graduate” to a reflective, professionalblog, you should.

8. Never focus on how many

Most significantly, “Never focus on how many are following you. If you’re really here to learn you focus on who you follow… the voices you hear.” (A hat tip to the inspired and inspiring @RafranzDavis … If you don’t follow her, you must.)

I really don’t want to see a photo of what you’re having for dinner. Unless, of course, I’m on the guest list.

This song deserves to become a viral, worldwide hit. Forget GangnamStyle, here (with apologies to Taylor Swift) is The Twitter Song. You should learn the lyrics.

Now, after that silliness, I would like to turn to the key insight of Tom Whitby’s blog post. He raises the possibility that the educational discussions that occur on Twitter may not be taking place, as they should, in the “…hallways or faculty rooms of schools.” After more than three decades in schools, I am convinced that he is right. The inevitable conclusion is that Twitter is not populated by “outliers” but rather by the “…undiscovered progressive leaders of education.” Why not join us and transform your practice?

After all, perhaps one day, despite Rafranz’s advice, I will reach that coveted Twitterati status and you could be part of the celebration!