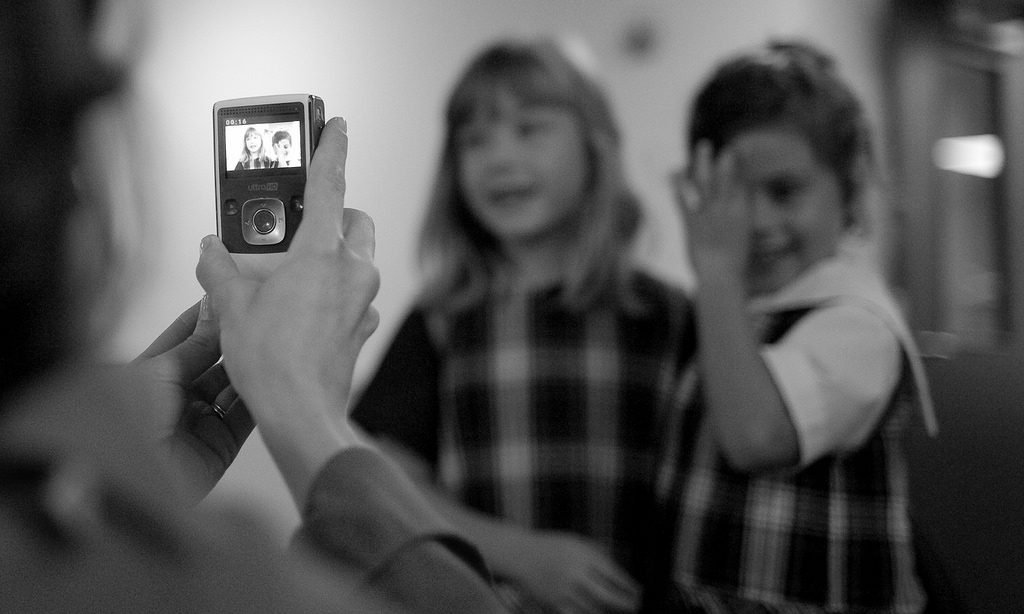 I heard two things that got me thinking the other day. Actually, three, but let’s do this one at a time.

I have already written about being a Third Culture Person, someone who has lived in so many places that she can’t pinpoint where she is from and what defines her. I love it, truly, but I realized the other day that it is baffling to someone who has never left the place they were born, let alone lived in a different country. So I got to thinking, is it really such a great thing? Have I missed out on stability and safety by not knowing where I belong? Could I live without always seeming to yearn for what is not here right now?

It occurred while we were serving on our food truck for a local manufacturing company. This company had organized a party for their employees and their families to celebrate 35 years in business. I met people who were born and raised in this city and had worked for the company all their lives. Those on the verge of retirement were saying how content they were to have a group of friends they had always known, and who have not changed very much over the years. They were certain of so much: their place in the world, what is good and what is bad, how to live correctly and what the future was all about. I saw the serenity with which they approached the people that day, the calm certainty that everything was as it should be. I thought, shouldn’t I be jealous of them?

All I felt for them was pity. How could they not want to know something more, something bigger, something that would perhaps jolt them at first but ultimately open them to a whole new world of experiences and sensations they could otherwise never know?

I don’t envy anyone’s stability because to my mind it’s temporary. People change even if they stay in the same place all the time. Places change, some in obvious ways, others in more subtle ways. Change is the fuel of life and when you are forced to see things differently it speeds that process sup. The best part about change is that it is the engine that brings growth. You can’t grow as a person if you don’t challenge what you know. You can’t grow if you don’t allow yourself to question things and come up with larger, more encompassing answers. No-one has all the answers, no-one knows everything and no-one can do everything perfectly all the time.

I didn’t always embrace change. As a child, I was never asked if I wanted to move. I was simply told we were leaving wherever we were for somewhere else. I don’t even remember the first two moves; I was only 2 and a half when we left Brazil for Connecticut and a little over four when we arrived in North Carolina. It was here that I formed my first well-rounded memories and they were two thoroughly happy years. Daddy went to work each day, Mommy jogged with the other Moms in the neighborhood, she carpooled and did bake sales, we all had a dog or cat and all the kids played together at our different houses, on our swing set, or in our playroom. Nobody locked their doors during the day and parents never panicked because they knew everyone was looking out for each other. I thought this was normal and I didn’t want it to change,

I remember when we were told we were going to live in Miami I was scared. I overslept the day we were supposed to leave. When I woke up and my sister told me we had missed our flight I thought “great, we can stay home”—but it was not to be. The company got us a private jet and we left later that day. I wept for the first time in my life.

Miami only lasted one year, and the next Christmas I got on another plane, this time to New York. This is where the fairytale began. We were picked up by a limousine and spent the day going around the city, shopping, having lunch and enjoying a gorgeous clear winter day. We took a huge jumbo jet to Switzerland that night, seated in first class in the nose of the plane. I spent most of the flight with my head on my Dad’s lap because the sheer size of the plane terrified me. When we landed it was still dark outside and freezing cold. I didn’t see the Alps that first morning, but I do remember Mom holding my hand and pointing out the traditional black profile Swiss cutout art that adorned the halls of the airport and saying how wonderful it was and how lucky we were to be in such a beautiful place. I just wanted to go home.

Doing the Best by Ourselves or by our Children?

The smell of kerosene, cold and hot chocolate will always be the three smell I associate with Geneva. When we got to our room at the hotel my sister and I found a kilo of Swiss chocolate, an Asterix comic book in English and a Cabbage Patch doll for each of us on our beds. My parents had organized the surprise to try and soften the shock of the transition. I realized only years later how they must have been torn between knowing they were doing the right thing by grasping every opportunity Daddy earned through his work, and how guilty they must have felt making us change homes so often. I hope Daddy knew before he died that I love him for everything he gave us and how grateful I am for it.

Learning Outside the Classroom

Thanks to his ambition and talent and my mother’s ability to pack up and start over without ever flinching, my sister and I learned a great deal. Besides the world-class education we received in the schools we attended, we learned how to cope and how to see beyond the surface details of people, things, and places. In order to get beyond appearances to the depths, to truly understand, we learned to listen, watch and ask questions. A lot of questions.

There are so many things you can teach in a classroom, but there are just as many, if not more, that you learn outside. How do you approach someone whose looks make you hesitate because you have never seen anyone like them before? How do you find the courage to try and speak a language in everyday situations and not just in the classroom? How do you explain to your parents that your point of view almost always seems to clash with theirs because of what you experience every day?

These are all things we Third Culture Kids (TCKs) have dealt with. Other people admire us as adults because we are less fazed by difference. We move from country to country and even if we don’t speak a language fluently we find a way to get things done. Even on vacation, we know how to find transport, how to navigate a city and get along with anyone.

We don’t have superpowers and we are not geniuses, but we have learned how to adapt and how to not judge. We don’t learn a few interesting details about other people’s cultures from one lesson once in our lives: we grew up with different cultures, many which clashed with our own, for years. The rough edges were smoothed away. It bred a desire to know more, it made barriers so we felt comfortable in groups where everyone was different. That is something all kids need to learn.

Allow Kids the Freedom to Explore

With the U.S. now being a majority multi-ethnic, multi-cultural society, no matter how badly the ill-informed and highly insulated segment of the population wishes it were not, this kind of emotional and cultural intelligence is possible for everyone. So, have dinner with a family from a place you have trouble finding on a map. Let your kids sleep over at another kid’s house even if you have never known anyone from that child’s country before. Don’t be afraid that by mixing and mingling your child will lose sight of who they are.

They will become a richer, more nuanced, more refined version of themselves. Don’t build imaginary walls out of fear of their losing touch with “your” culture. Don’t stifle their curiosity and awe of being exposed to other cultures because they are the building blocks on which empathy, kindness and intellectual and emotional growth stand.

Friendship, and the life-long love that it gives birth to are based on lack of judgment, lack of fear and permanent ability to allow yourself to learn from others. Whether you learn to love sushi or wear a sari or celebrate Eid-aFitr and Hannukah with friends, you will be growing and learning that joy, love and peace between different people is possible because beneath the differences we are all simply human.

Learn from life, and most importantly, learn to love life, all of it, and all those around you who can make it a grander and more breathtaking experience every single day.

Born in Brazil to Italian parents, Nani is a Third Culture Person who grew up in Brazil, the U.S., Switzerland and Belgium before attending Wake Forest University. She got her degree in Political Science but spent most of her time writing for the Old Gold and Black newspaper and in the theatre. She then lived in Chicago, London, New York and Paris before returning to North Carolina with her family.

Her passions are theatre, literature, politics, and especially multicultural and cross-cultural societies like the ones she grew up in at International Schools.

She is also the mother of autistic twin boys and speaks every chance she gets about the challenges and joys or raising to such wonderful and special kids.