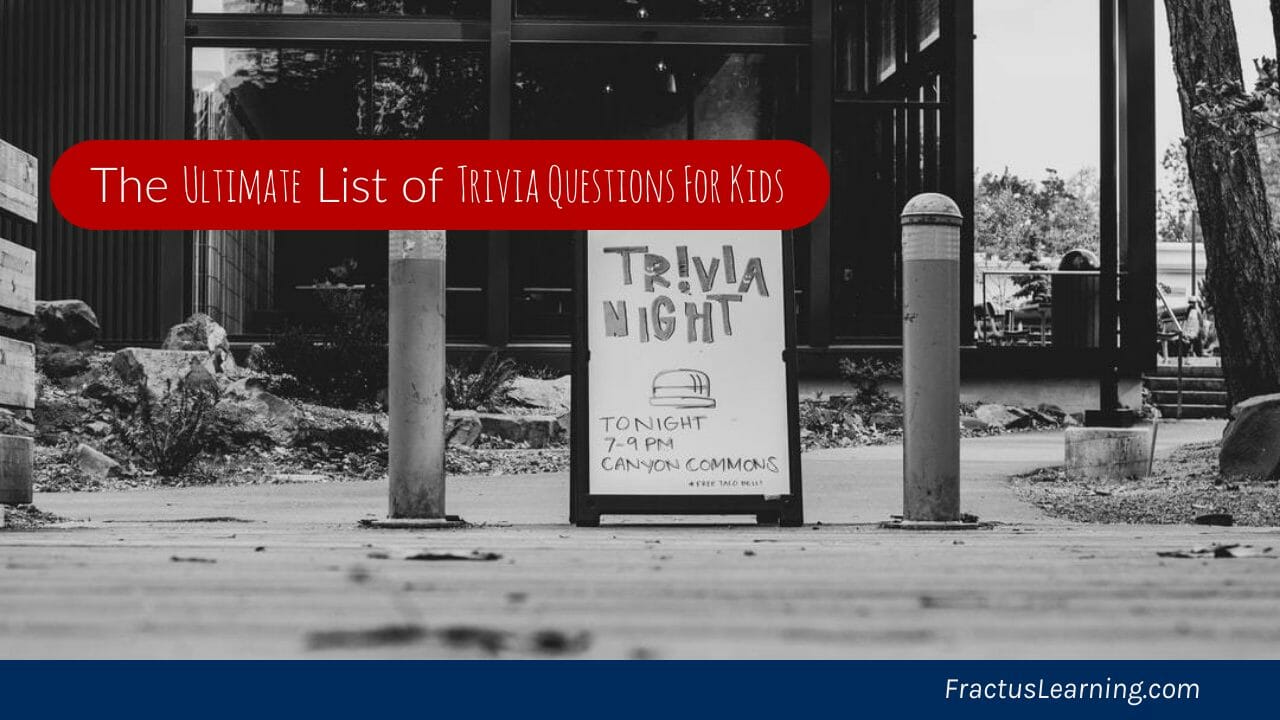 Trivia questions for kids is a fun activity for the entire family. It keeps kids occupied on road trips, holidays, and on cold, winter days, especially if it is fun quiz questions that are entertaining too.

Quizzes for kids are interactive ways to test kids’ knowledge in the classroom in an engaging manner.  Even the shy students may be challenged to a friendly competition to show their knowledge and understanding of a topic.

217 Fresh Trivia Questions And Answers For Students and Children

Answer: A bird can fly, but a fly can’t bird!

Answer:  The cross between a donkey and a zebra is known as a zonkey.  It’s also known as a zebonkey, zebrula, zebrass or zebonk.

Answer: Because they have big fans!

Answer: A tree has a bark as the outer protective layer

Answer:  The outside part of a beetle’s is the skeleton

Answer: In a while crocodile

Answer:  A toothbrush, a bed, and a chair

Answer: No, it is physically impossible. Maybe extremely flexible people with very short arms can.

Answer: Not honey. They collect nectar and pollen

Answer: They grow towards the sun and against gravity

Answer Humans have 1 heart, but an octopus has 3

Answer: On its legs

Answer: Because 70% of the earth consists of water

Answer: None. All presidents must be natural-born citizens of the United States.

Answer: Pacific is the largest and Arctic the smallest.

Answer: The United Kingdom with 10 winners

Answer: Rabbits make tunnels to live which is called warrens.

Answer: It’s not because they are crying. It’s to clean their eyes.

Answer: Thank U, Next

Answer: Animals that only eat plants

Answer: Eifel tower is 1062 feet tall and the Statue of Liberty is 305 feet

Answer: Stellar winds is a flow of gas from a star

Answer: it has a violin-shaped mark on its head

Answer: The Sahara Desert in Africa