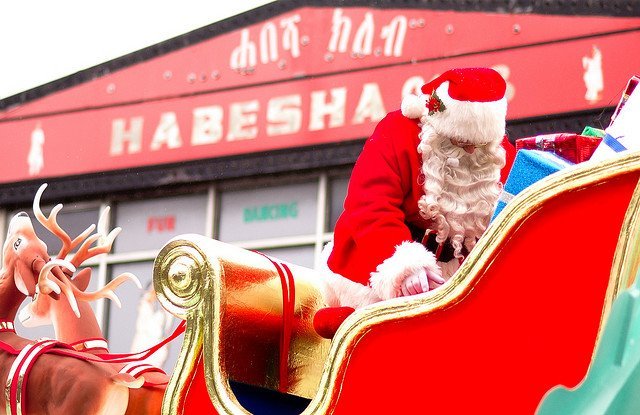 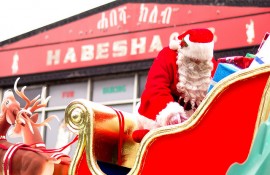 “He sees you when you’re sleeping. He knows if you’re awake. He knows if you’ve been bad or good”. These famous lyrics really give the impression that Santa is probably a Facebook stalker. Well, this year you can stalk him back with NORAD Track Santa and Google Maps.

For the past 50 years, NORAD has been tracking Santa on December 24th, following his progress around the globe on his one big night of the year. But why do NORAD go to all the trouble of tracking the man in red?

The tradition began in 1955 after a Colorado Springs-based Sears Roebuck & Co. advertisement for children to call Santa misprinted the telephone number. Instead of reaching Santa, the phone number put kids through to the CONAD Commander-in-Chief’s operations “hotline.” The Director of Operations at the time, Colonel Harry Shoup, had his staff check the radar for indications of Santa making his way south from the North Pole. Children who called were given updates on his location, and a tradition was born.

How To Track Santa This Year

Each year the NORAD tracking gets more and more advanced. There are now a number of ways you can track Santa on his journey through the night.

With Google Earth you can navigate around the globe freely to Santa’s different stops. You can also have Google Earth follow Santa along his journey automatically by clicking the Follow Santa button. Do remember that Santa can only be tracked using the Google Earth plugin on the NORAD Track Santa site. There is no way to track santa in the desktop version of Google Earth.

Here is a taste of the adventure on Google Earth last year.

Visiting Google Maps on Christmas Eve, Santa’s route will be lit up by a series of sparkles, gifts and the man himself. Sparkles will show Santa’s recent stops letting you see where he has been so far. As with normal Google Maps, you can pan and zoom around locations and interact with different layers.

This year NORAD is also giving you the ability to track Santa on the go. There are Apps for iPad, iPod and iPhone as well as Android handsets and tablets.

How To Learn Along The Way

As well as being a pretty cool use of technology, NORAD and Google have ensured there is an educational element to following Santa. Seeing the jolly old soul fly over the Earth is a really engaging way for students to get a taste for geography and other cultures. Students will learn how to use Google Maps and Google Earth as well as being presented with relevant media to understand more about each of Santa’s stops.

Gift icons are scattered through Santa’s journey. By clicking a gift, students will be shown pictures from different locations with the options to learn more at Panoramio.com.

All videos and photos contain a link to ‘Read more about this location’. Clicking this link will take students to Wikipedia articles to further learn about a location.

How To Get Your Class Interested Before December 24th

It is a long wait until December 24th, so how can you give students the encouragement to track Santa on Christmas Eve? NORAD have set up a number teasers and treats to engage children in the long lead up to Christmas.

Show your class some of the student videos submitted from around the world. The theme of Christmas and the interesting locations should give them that spark to take an interest on December 24th.

Kids’ Countdown Village is small town where students can help Santa prepare for Christmas. Lots of Christmas themed games will keep students coming back to NORAD so they don’t forget to follow the big man on Christmas Eve.

And of course, like anything these days, NORAD can keep everyone up to date via its collection of social media sites:

How are you incorporating technology into Christmas with your class? Share some ideas in the comments.