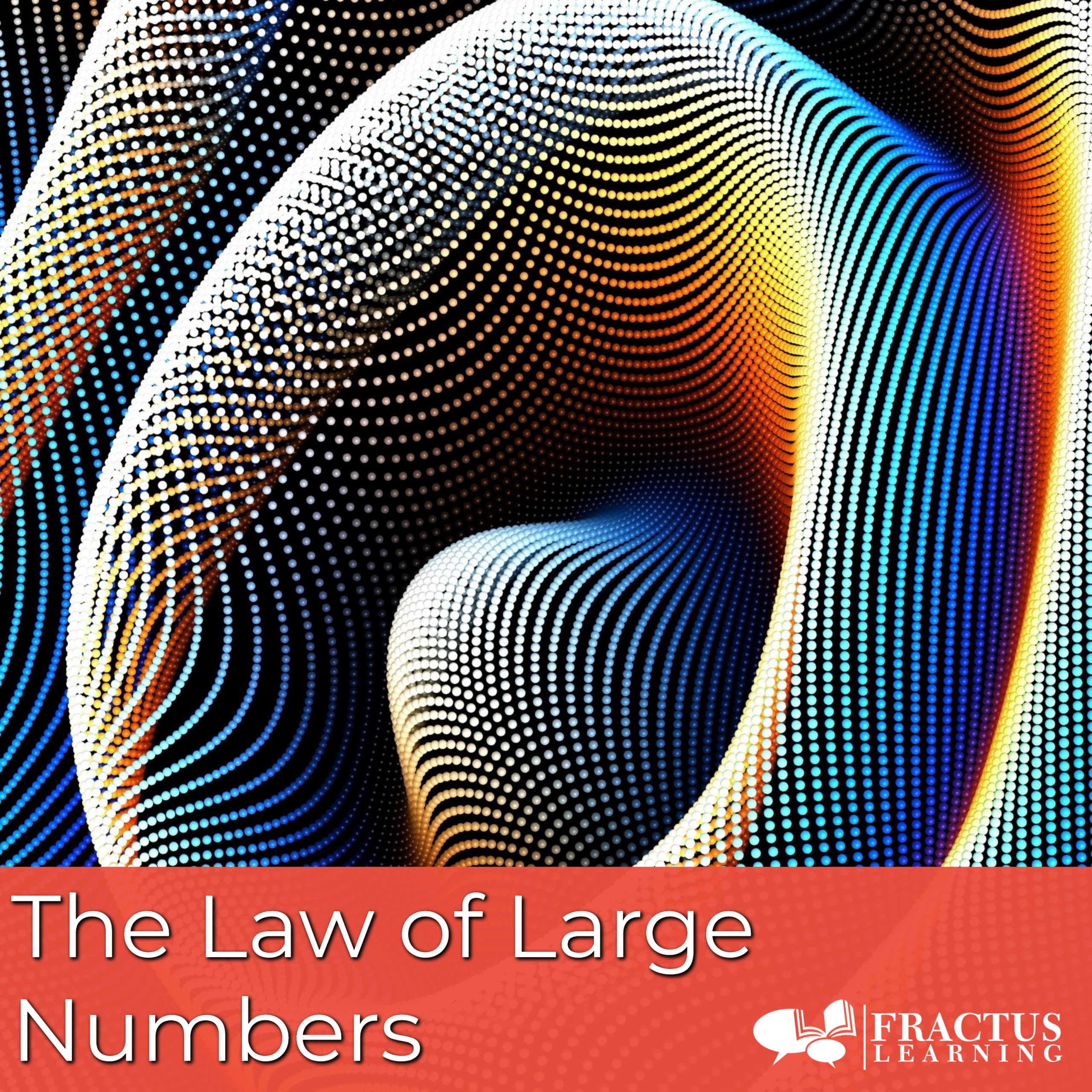 What Is The Law Of Large Numbers?

According to the Law Of Large Numbers, in statistics and probability theory, the average result from many tests should be close to the expected value. The larger the number of trial repetitions of the same experiment, the more the result reflects the expected value. It doesn’t mean a given sample will always reflect the true population, especially for small samples.

Although Gerolamo Cardano first stated in the 1500s that the accuracy of empirical statistics improves with the increase of trial numbers, Jacob Bernoulli proved it about 200 years later. Jacob Bernoulli took 20 years to prove the Law of Large Numbers for a binary random variable. Bernoulli’s Theorem was published in 1713 in The Art of Conjecturing.

What Are Expected Value

The expected value is the long-run average value of a  measurement computed by summing over the possible value times the probability of getting that value.

For example, the expected value of the average roll of a die is 3.5 (adding the numbers 1 to 6 and dividing it by 6). According to the law of large numbers, if a large number of six-sided dice are rolled, the sample mean is likely to be 3.5 and becomes more precise as the number of sample rolls increases.

What Are Random Variables

Bernoulli Trials And Law Of Numbers

The weak law of large numbers, or Kinchin’s law, states that for any nonzero margin specified sample of sufficiently large sample size, the probability is high that the sample average will be close to the expected value within the margin (even with slight differences between actual and expected values).

The weak law is a convergence statement about a sequence of probabilities. The random variables sequence converges in probability to the population mean as the sample size increases and becomes very large.

The strong law of large numbers states that the sequence of sample means converges to a constant value as the sample size becomes very large. The constant value is the population mean of the random variables.

How is the law of large numbers used in everyday life?  Here are some examples to give you an idea of where you might run into The Law during your normal day.

Gambler’s Fallacy And The Law Of Numbers

The Gambler’s fallacy, the Monte Carlo fallacy, or the fallacy of the maturity of chances is where someone believes the outcome of past events determines the chance of random events occurring in the future. A series of random and independent events cannot influence the prediction of the next event’s outcome.

In other words, past events don’t affect future ones if 1) they are random and 2)independent.

On August 18, 1918, at the Monte Carlo Casino, the roulette ball fell on black 26 times in a row. With 1 out of 66.6 million chances of this happening, gamblers lost millions betting against black.

Insurance Industry And The Law of Large Numbers

Although the patterns are more complex, actuaries use the law of large numbers to make predictions in the insurance industry. Insurance companies rely on it to calculate profit, loss, and future risk. For example, the Law of Large Numbers indicates that males between 18-25 years old are more likely to drive unsafely. Another example is a statistical pattern that smoking increases the risk of certain diseases like cancer. Although this is the expectation, there is always a special case event like George Burns, who smoked cigars to the age of 100.

Law Of Large Numbers And The Law

The law of large numbers in law could mean the opposite in government-enforced finance cases than in statistics. The law of numbers in statistics states as the sample size grows, the mean of the result approaches the average of the entire population. In law, resolutions involving hefty penalties to corporate defendants have increased significantly in their size. For example, in 1999, in the Bankers Trust case, they had to pay a $60 million fine and a $3.5 million settlement. Within 20 years, the penalties for financial crimes have escalated into billions of dollars.

Art And The Law Of Large Numbers

According to an interview, Rindon Johnson explained that he called the shows Law of Large Numbers, referring to the meaning of the law of large numbers in economics and mathematics.

Law Of Large Numbers In Business And Finance

In finance, the law of large numbers relates to market capitalization, net income, and revenue metrics.

Law of Large Numbers And The Stock Market

Most people will tell you to buy stocks when the prices go down and sell when prices go up. Of course, that’s a lot easier to say than to do! This principle is based on reversion to the mean. Traders use the law of large numbers to calculate risk management subject to market risk.

AI And Law Of Large Numbers

The strong law of large numbers helps in processing and organizing data in artificial intelligence. The law is used in machine learning to train, test, and evaluate data and learning skills, for example, IBM marketing solutions using IBM Watson.