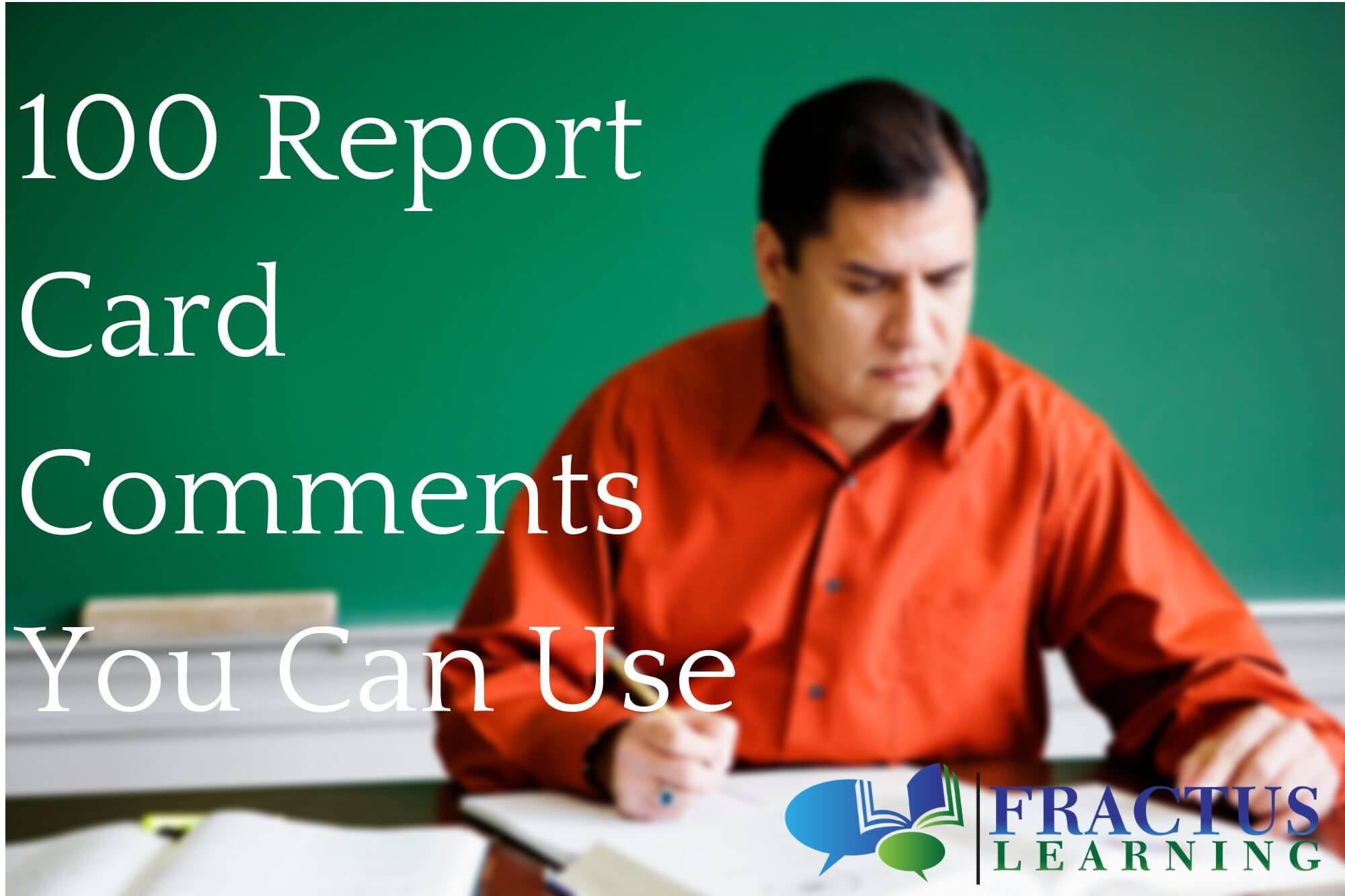 Communication skills, language attention and student behavior and wellbeing all go together great. Whether distance learning or in community classroom, perseverance for children is key.

For Math, History, Vocabulary, Writing and other homework

The average college professor isn’t an online prodigy – they have a variety of lifestyle skills and character traits.

Every parent wants to know how their child is doing at school. End of year report card comments is valuable insights on how the teacher assessed the child for that year. These card comments tell parents, and students, about their performances, accomplishments, and required improvements.

We’ve created a list of ideas for comments that teachers can use as inspiration and adapt for each student.

By making notes throughout the year, the teacher will have ready-to-use data to draw from.  These notes help to remember specific achievements or memorable things the student did or said.

Begin with the card comments of students that you know what to write. Writing the easy comments first starts the process and makes it easier to continue.

If stuck, create a list of adjectives that describe the student. Then use these words to write the report card comments.

Before you start, make sure you are familiar with the school’s rules regarding writing report card comments. Does the school prefer a personalized comment, or do they use general comments?

If left to the last minute, errors could occur. Write the comments with enough time available to proofread for any grammatical or spelling errors. Proofreading also helps to make sure the comment says what the teacher meant to say and that it is clearly understood by the reader. Make sure the student’s name is spelled correctly and that letters in words weren’t interchanged like “ot” instead of “to.”

Here is a checklist of things to look out for when creating comments.

Report card comments includes the student’s best achievements, strengths or attributes; their areas of success; and where they need improvement.